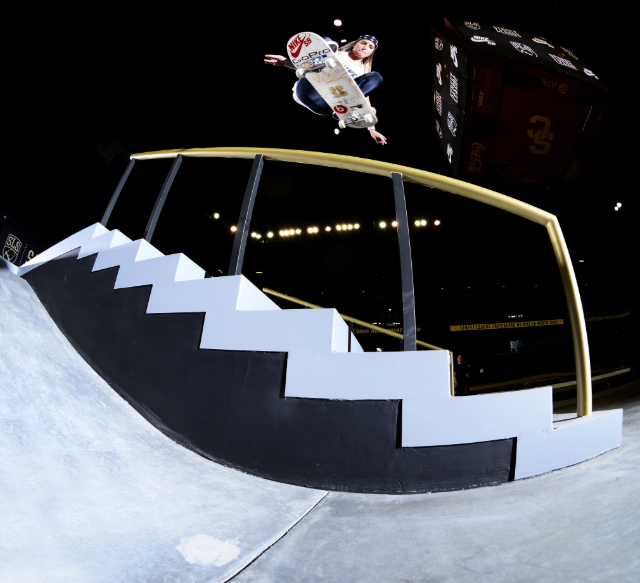 World Skate President Sabatino Aracu has urged member federations to better educate skateboarders on anti-doping as the governing body seeks to address concerns in the build-up to the sport's Olympic debut at Tokyo 2020.

An education programme, conducted by World Skate in conjunction with UK Anti-Doping, was held for athletes at last weekend's Street League Skateboarding event in London.

Education is mandatory for athletes taking part at competitions sanctioned by World Skate under the organisation's anti-doping plan.

All skateboarding athletes participating at these events have to attend a session, educate themselves online or through a National Anti-Doping Organisation in order to be allowed to compete.

The plan aims to "enact anti-doping education in a logical sequence with the aim of ensuring a more comprehensive and efficient anti-doping programme", according to World Skate.

The lack of drug-testing in skateboarding is among the concerns of the International Olympic Committee as the sport prepares to appear at the Games for the first time.

According to World Anti-Doping Agency figures, no tests were carried out in skateboarding in 2015 and only two took place the following year.

Skateboarding also has a high usage of recreational drugs such as cannabis.

"We are encouraging our member federations to conduct educational programs also at the national level: our main goal is to have the skateboarders completely aware about doping and its risks and the National Federations will need to take an active role in this process," said Aracu.

UKAD’s head of education and support Amanda Hudson praised the "proactive stance" of World Skate following the conclusion of the SLS event, considered one of the most prominent showcases for the sport since it gained Olympic inclusion.

"We had a great day at the Copper Box Arena providing education to skateboard athletes, in partnership with World Skate," she said.

"This forms part of UKAD’s strategic work to raise the standards of anti-doping globally to protect British athletes who compete on the world stage.

"With skateboarding set to make its Olympic debut at Tokyo 2020, it’s vital that athletes have a good educational grounding on all things ‘clean sport’ and their anti-doping responsibilities, ahead of the Games."