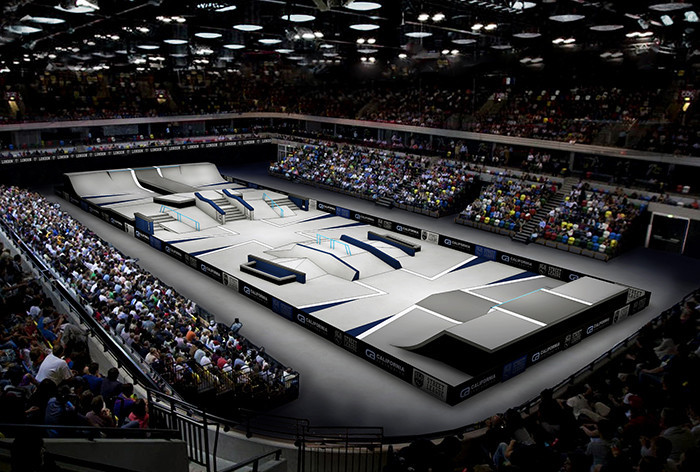 Skateboarding is set to enjoy one of its most prominent showcases since it was added to the Tokyo 2020 Olympic programme when the Street League Pro Open takes place in London this weekend.

A number of the sport's biggest names are due to compete at the two-day event at the Copper Box on the Queen Elizabeth Olympic Park, which begins tomorrow and concludes on Sunday (May 27).

The staging of the event comes amid an ongoing political dispute within the sport connected to skateboarding's Olympic debut at Tokyo 2020.

It attracted criticism from Tim McFerran, the head of the rival World Skateboarding Federation, who were originally involved in Olympic-integration negotiations before being excluded from the final deal in 2016.

McFerran described the Pro Open as appearing like a "marketing gimmick" and claimed it was both "dangerous" and "reckless".

World Skate President Sabatino Aracu insisted the event allows skateboarders from all around the world the chance to qualify for Tokyo 2020 as the Pro Tour forms part of the process.

SLS events form the backbone of the qualification opportunities for Tokyo 2020 unveiled by World Skate.

A total of 20 men and 20 women will compete in both skate and park competitions, with a maximum of three from a single country in each one.

Skaters will be selected by name - rather than through a quota place - on the World Skate-Olympic World Skateboarding Rankings by earning points at specified events.

This include SLS Pro Tour Events for the street rankings as well as national and continental championships and other "5-star" competitions.

"The capital already has a vibrant skateboarding scene and I hope that this event inspires a new generation to take up the sport,," said London Mayor Sadiq Khan.