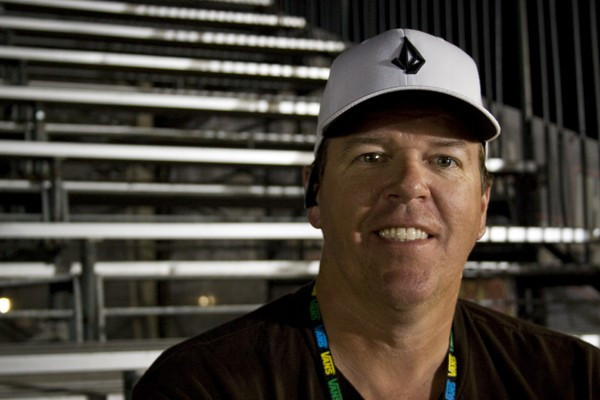 London's debut will mark the first event in this year's SLS Tour, which is in a new partnership with World Skate, recognised by the International Olympic Committee (IOC) as skateboarding's world governing body.

As such, World Skate has responsibility for delivering the sport to its first Olympic appearance at the Tokyo 2020 Games, and has announced that the SLS Tour will play a major part in Olympic qualifying.

McFerran, an original participant in the negotiations to integrate the sport into the Olympics, followed up his exclusion from the final deal in 2016 by issuing a lawsuit against the International Skateboarding Federation (ISF), whose President, Gary Ream, was appointed as head of the Commission dealing with the integration.

Among several allegations, the WSF claimed it had been sidelined by the ISF and IOC, despite investing money and resources into preparations.

The announcement of World Skate’s new partnership with SLS earned further criticism from McFerran earlier this month as he warned: "I find this agreement to be very dangerous and reckless to all of skateboarding and completely adverse to the IOC's idea of inclusiveness."

His latest comments on the impending London event are on the same lines.

"They call it the London Pro Open, but it's not open, it's closed," he told insidethegames.

"You have 29 skateboarders, all hand-picked or invited, and they are competing for a one-year contract to compete on this year's tour.

"There are thousands of skateboarders all over the world who have no way of being a part of this process.

"In many countries there is no national governing body for the sport.

"If you are a skateboarder in Turkey, or South Africa, how are you going to qualify for Tokyo 2020?

"That's against everything the Olympics is supposed to be about.

"It appears to be it's a marketing gimmick that mocks the sport's world terminology."

Asked for his response to McFerran’s criticisms, Aracu told insidethegames: "We are open to any criticism, but we can't see how the governing body of skateboarding partnering with the best league and top athletes could be an issue.

"SLS opening up the qualifying to their events gives every talented skateboarder the chance to compete against the best in the world and earn the opportunity to represent their country in the 2020 Olympic Games."

For the full Big Read on skateboarding click here.