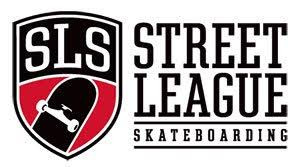 A new tour partnership signed between Street League Skateboarding (SLS) and World Skate last month has been criticised by the head of a rival governing body.

It  will play a major part in Olympic qualification.

Tim McFerran, President of the World Skateboarding Federation (WSF) and who were originally involved in Olympic-integration negotiations before being excluded from the final deal in 2016, claimed this could lead to a monopoly unfairly persecuting other events.

He implicitely criticised Gary Ream, the man now responsible for skateboarding within World Skate and long been affiliated with SLS.

"I find this agreement to be very dangerous and reckless to all of skateboarding and completely adverse to the IOC’s idea of inclusiveness," McFerran, who heads-up the rival World Skateboarding Grand Prix event, told insidethegames.

"When WSF was included in this process, our chief concern was to keep out corruption that we felt would easily infiltrate skateboarding due to its lack of checks and balances and structure.

"By allowing and supporting one competition entity like Street League to have a monopoly on the street competition qualifiers, more established and regionally focused competitions will be hurt and skateboarding’s growth will be stifled."

McFerran claimed that the "nepotism of a few people, who have created side partnerships, would squeeze out natural competition between already established entities that have worked very hard to provide skateboarding benefits to their local communities".

he added: "This new agreement designed to expand some entities, who are connected to the Commission chairman [Ream], into a monopoly on skateboarding is a mockery to the IOC (International Olympic Committee) structure.

"It further establishes and supports an elite and very small group of people heavily connected to the Commission chairman to be the sole beneficiaries of skateboarding in the Olympics and allows for underhanded dealings."

SLS events form the backbone of the qualification opportunities for Tokyo 2020 unveiled by World Skate.

A total of 20 men and 20 women will compete in both skate and part competitions, with a maximum of three from a single country in each one.

Skaters will be selected by name - rather than through a quota place - on the World Skate-Olympic World Skateboarding Rankings by earning points at specified events.

This include SLS Pro Tour Events for the street rankings as well as national and continental championships and other "5-star" competitions.

The top three finishes in the 2020 World Championships will also qualify directly.

"We are very pleased with the official IOC-approval of our Skateboarding Qualifying System," World Skate President, Sabatino Aracu said.

"We are also extremely satisfied with the work done recently to unify the professional and organisational elements of skateboarding: this process will open doors to riders from all over the world wanting to compete in professional circuits.

"Our agreement with Street League Skateboarding for the Street Pro Tour and World Championships represents this principle in action.

"We look forward to announcing our partnership for Park events soon as we strive to produce and sanction events at the highest level on the road to Tokyo."