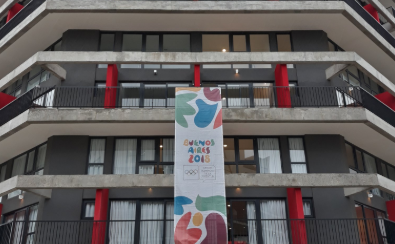 An IOC panel chaired by Li Lingwei of China and also including Olympic Games executive director Christophe Dubi began a two-day trip to the Argentinian capital.

The visit began this afternoon with presentations on aspects including transportation and the Olympic Park.

The group then inspected venues which will be used for the Games.

It marks the last inspection before the Games take place later this year from October 6 to 18.

It follows this week's launch of jaguar mascot #Pandi.

The mascot is named with a hashtag at the beginning to demonstrate its strong online profile.

It aims to inspire youths to embrace sport as a tool to make the world a better place, while also raising awareness about the species' risk of extinction.

A short animation has been released to show #Pandi making its way across Buenos Aires, demonstrating its athletic prowess before reaching the iconic Obelisk, the location of the Opening Ceremony.