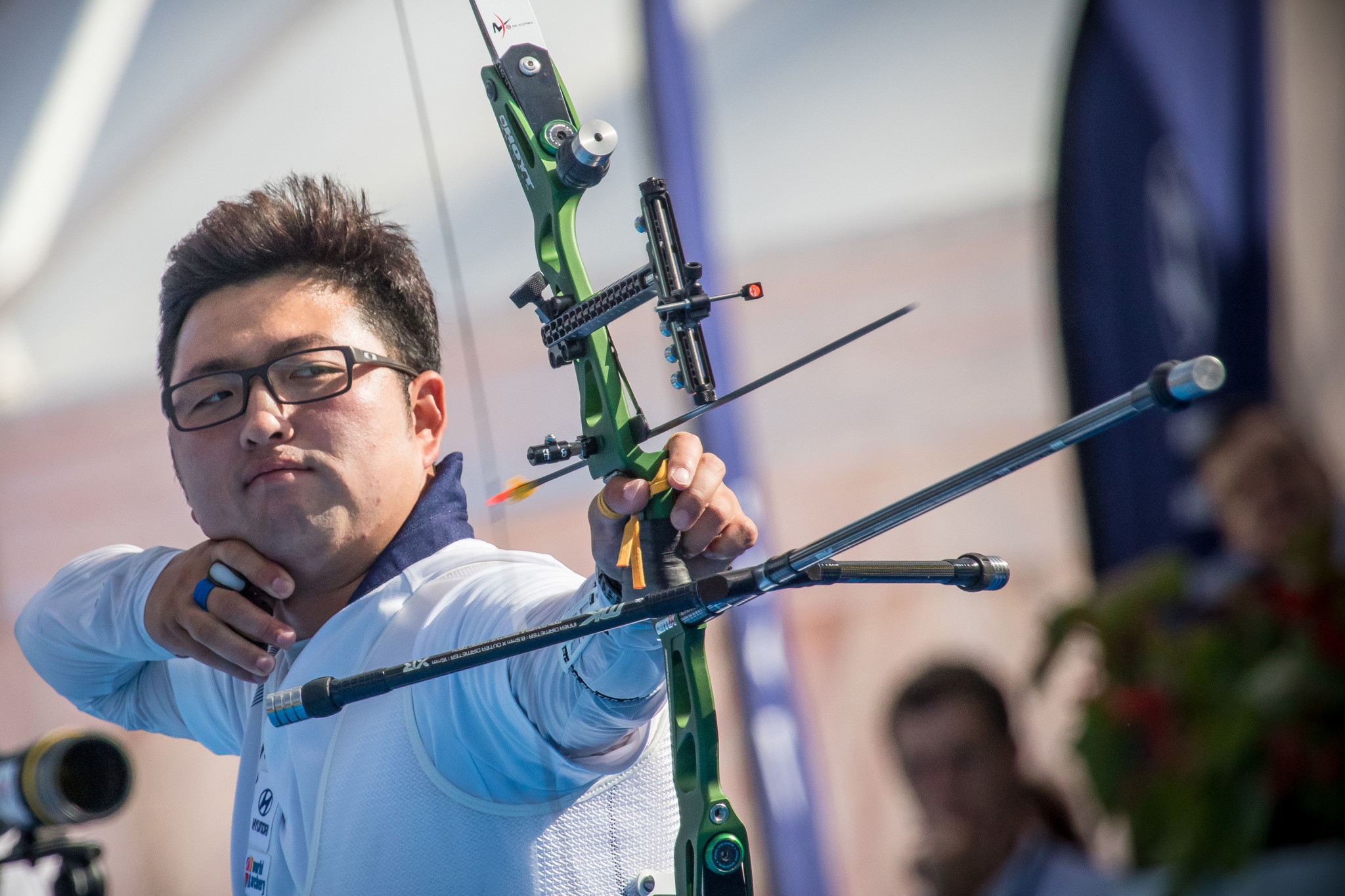 Top seeds Kim Woojin and Lee Woo Seok will fight it out for men's recurve gold on Saturday (May 26) after the two South Koreans won their semi-finals on day three of the Archery World Cup at the Antalya Archery Field.

Tournament favourite Kim, a gold medallist at the Rio 2016 Olympic Games, qualified for the weekend's showpiece by beating Malaysia's Khairul Anuar Mohamad with a convincing performance.

Kim did not lose a set in his semi-final and eventually won by a comfortable 7-3 scoreline.

His compatriot Lee had a similarly easy path to the final as he beat fellow South Korean Oh Jin Hyek, who won individual gold and team bronze at London 2012, 6-2 in just four sets.

The duo put in convincing performances in their semi-finals with Perova beating Lei Chien-Ying of Chinese Taipei 6-2 whilst Chang saw off competition from compatriot Lee Eu Gyeong, a gold medallist at the 1992 Olympics in Barcelona, by the same scoreline.

In the men's compound competition, Kristofer Schaff of the United States came out on top against compatriot Braden Gellenthien to book his place in the final.

The pair were inseparable after regulation time on 146 points apiece, but 10th seed Schaff managed to beat his opponent, a two time World Cup gold medallist, 10-9 in a shoot-off.

The Dutchman had a much more comfortable route to the final, seeing off competition from Nima Mahboubi Matbooe of Iran, competing in just the second tournament of his career, 148-145.

The 23-year-old will now face Turkey's Yesim Bostan after she beat South Korea's So Chaewon by a similarly close 143-142 scoreline.

The archers will see a change of venue for their finals on Saturday with the competition heading to Baki Beach.

Tomorrow will see the mixed teams take to the field.