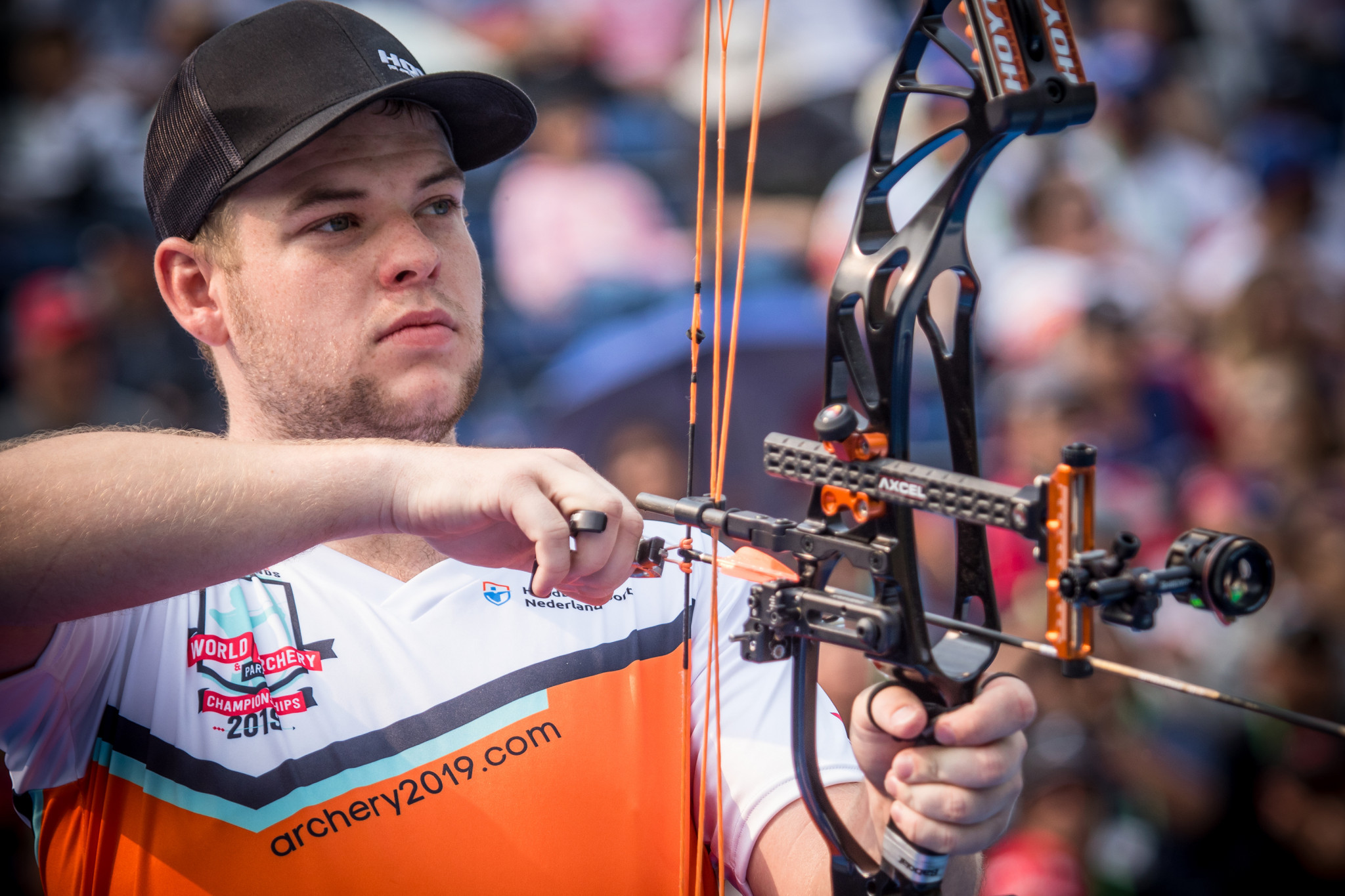 The Netherlands' Mike Schloesser, South Korea's Kim Jongho and Braden Gellenthien of the United States finished tied on 713 points at the top of the compound standings after the first day of qualification at the Archery World Cup at the Antalya Archery Field.

Schloesser topped the rankings in Turkey after a coin toss put him above Kim, following the duo both managing 65 10s in their efforts.

Following his qualification victory, Schloesser, who has six World Championship medals to his name, said: "I'm happy with how I started.

"I had some bad arrows but for the rest, I think I handled the conditions good.

"The second half was a bit more tricky; I just need to pay more attention.

In the women's event So Chaewon came out on top of qualification with a score of 709, closely followed by India's Jyothi Surekha Vennam on 706.

In the recurve competitions, South Korea secured a one-two finish in the men's qualification round thanks to excellent performances from Olympic champion Kim Woojin and Lee Woo-seok, who finished on 697 and 691 points respectively.

France's Jean-Charles Valladont managed to finish third but was some way behind the top two with 683 points to his name.

There was more success for South Korea in the women's event as they completed a clean sweep of the top three qualifying places.

Kang Chae Young was first on 691 points, in front of Chang Hye Jin and Lee Eun Gyeong, who finished on 683 and 679 points respectively.

Tomorrow sees the first and second round matches take place.