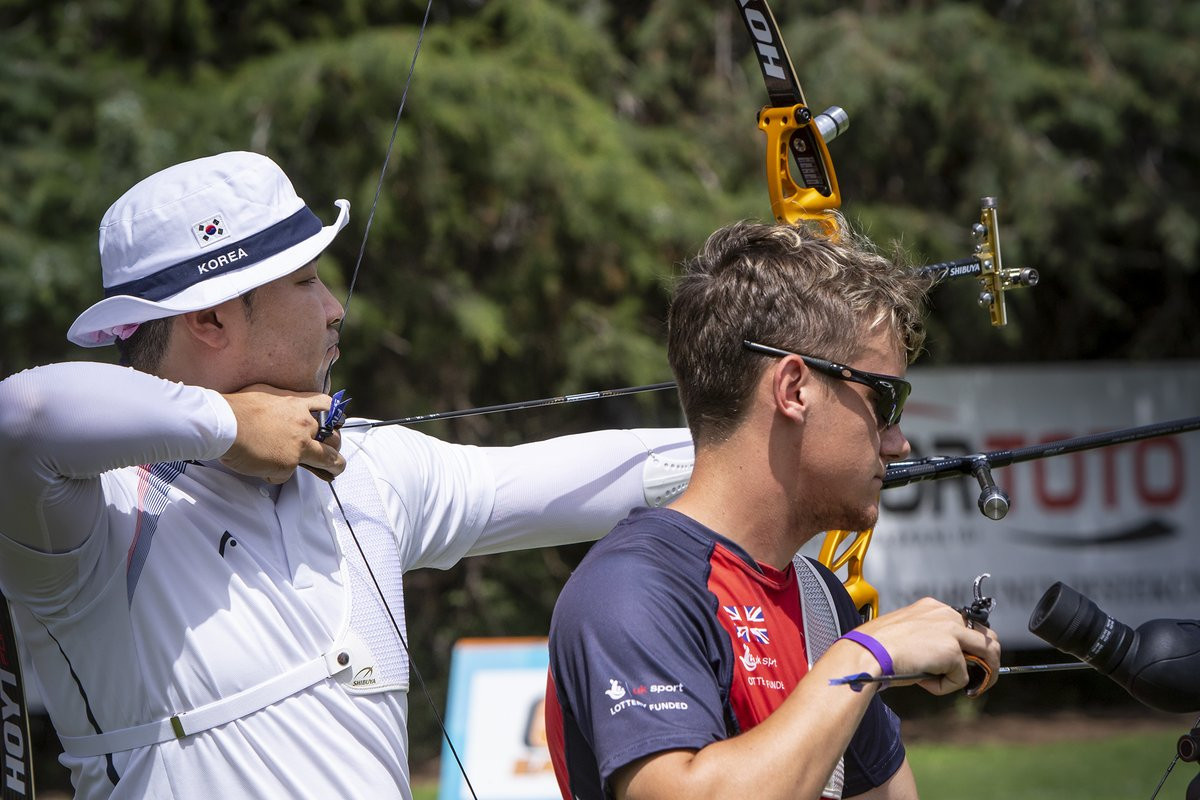 Defending world champion and two-time Olympic gold medallist Im Dong Hyun of South Korea was the victim of a surprise defeat at the hands of Great Britain's Alex Wise on day two of the Archery World Cup at the Antalya Archery Field.

Number 57 seed Wise made an excellent start to the second round recurve match and took a 2-0 victory in the first set.

The duo then took one point each in the second set before Im, who won gold at the Athens 2004 and Beijing 2008 Olympics as well as a bronze at London 2012, brought Wise back down to earth with a 2-0 win in the third.

Wise, however, was not disheartened and won both the penultimate and final sets by a 2-0 scoreline to give himself a 7-3 win overall.

Wise's reward for his surprise victory is a match against Jao Ting-Yu of Chinese Taipei, who beat Alexander Liahushev of Belarus, in his third round tie tomorrow.

Elsewhere in the recurve men’s event, Liahushev's compatriot Sviataslau Tsarankou set up a third round tie against tournament favourite and Olympic champion Kim Woojin of South Korea thanks to a 7-1 thrashing of Denmark's Johan Weiss.

The duo had drawn 146-146 in regulation time, meaning a shoot-off was required.

Sitar eventually emerged triumphant by a 20-19 scoreline in a long and tense affair.

So was given a bye to the third round after an impressive performance in qualifying yesterday whilst Avdeeva managed to beat Kristina Heigenhauser of Germany by hitting more X shots than her opponent in the shoot-off following a 146-146 draw in regulation time.