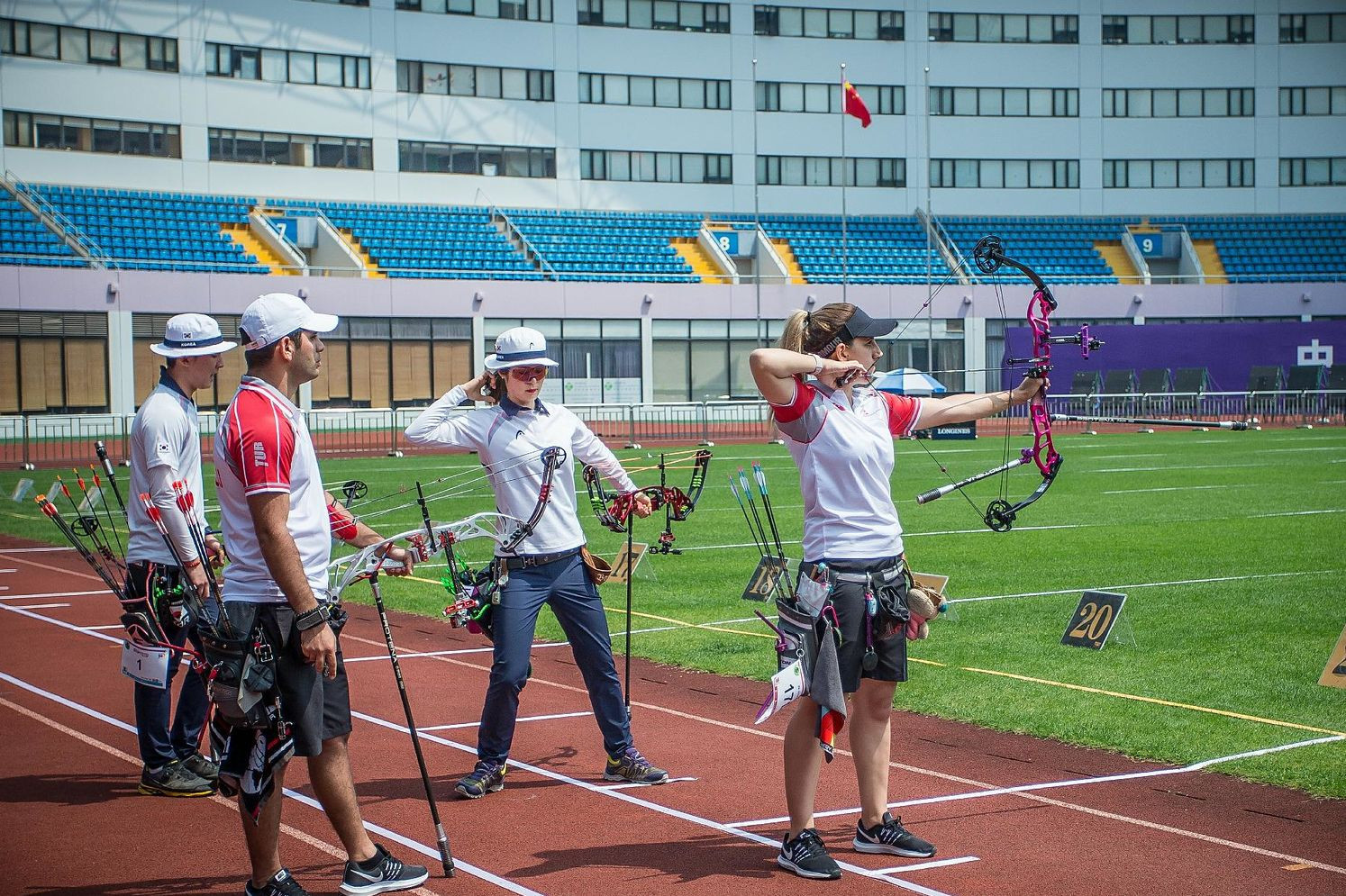 South Korea will contest both the recurve and compound mixed pairs final after winning their semi-final matches at the 2018 Archery World Cup at the Yuanshen Sports Stadium in the Chinese city of Shanghai today.

The compound team of Choi Bomin and Kim Jongho were the first South Korean team to book their places in a final.

They were, however, pushed extremely close by Turkish duo Yesim Bostan and Demir Elmaagacli.

With the scores tied at 157 apiece in the regulation period, a shoot-off was required to separate the sides.

The two teams were once again neck-and-neck in the shoot-off with the scores tied at 19-19, but it was the South Koreans’ ability to hit the X ring on a more regular basis that guaranteed their place in tomorrow's final.

Bostan expressed his disappointment at losing in such a close manner.

“Our last arrows in the shoot-off weren’t as good as the ones we shot during our elimination matches but we still lost with the same score to Korea,” he said.

“There’s a bronze to contest so we can’t feel bad about it.

South Korea will face Danish duo Tanja Jensen and Martin Damsbo in the final after they beat India's Jyothi Surekha Vennam and Abhishek Verma 155-154 in the regulation four ends.

They will face Turkey in Sunday's (April 29) final after Yasemin Anagoz and Mete Gazoz beat Khatuna Lorig and Brady Ellison, a silver medallist at Rio 2016, of the United States 6-2 in four sets.

Following her team's win, Anagoz said: “To win is always great but to win with great shooting is even better.

“We lost to the US in Berlin in 2017, so beating them here in Shanghai, to make the gold medal match is, revenge for us.

“They are a great and strong team.”

Looking ahead to Sunday's final, Gazoz said: “Korea is always a strong team but we are confident, especially after our matches today.

“We know that when we put effort into it, results show up.”