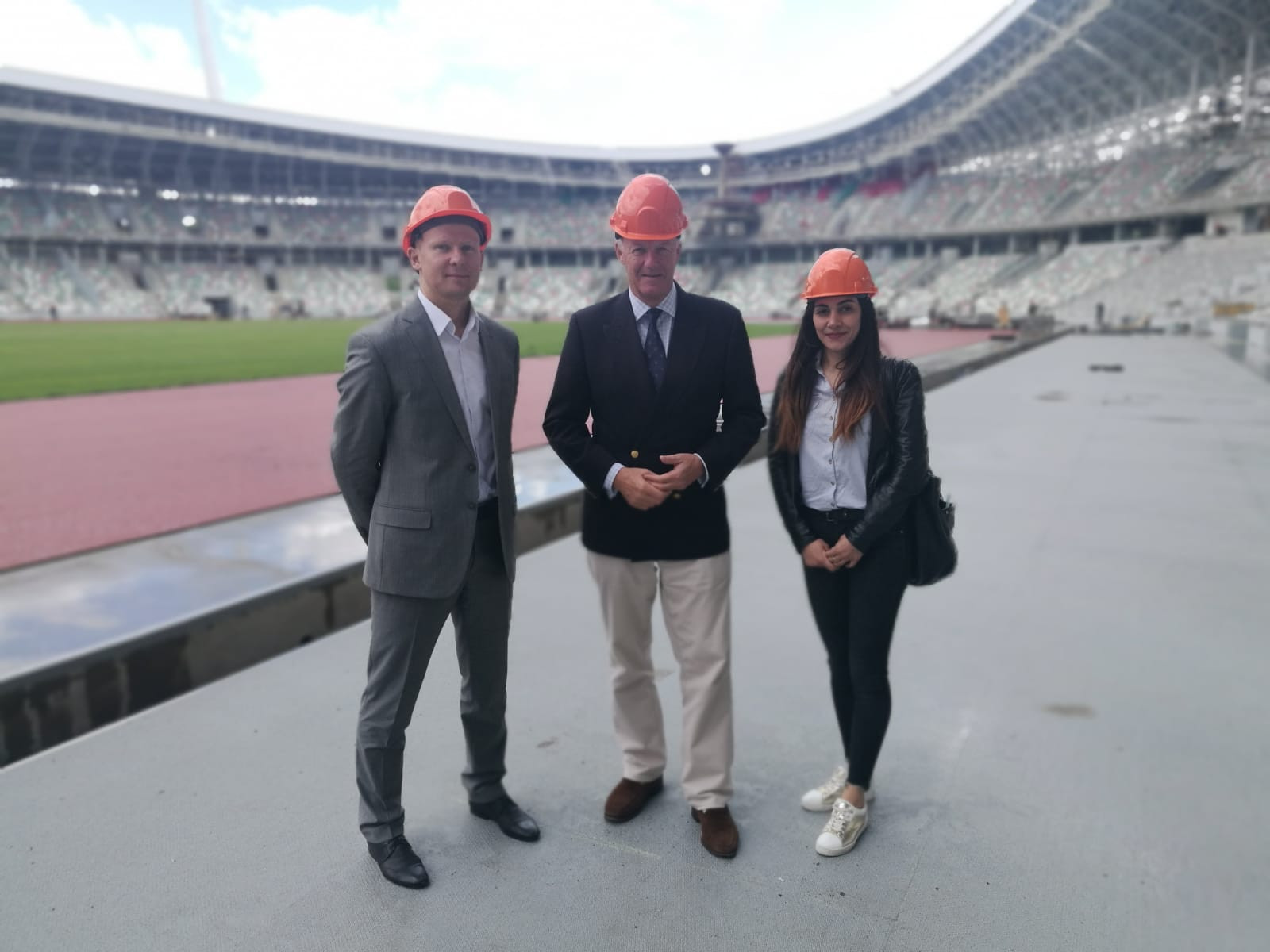 European Games executive director Simon Clegg has concluded a five-day visit to Minsk to inspect preparations for next year's edition of the event.

Clegg, who was re-appointed to his role earlier this month having played a key part in the organisation of the inaugural European Games in Baku in 2015, described his first official trip to Belarus’ capital as "enlightening, educational and encouraging".

Both Renales and Ponset were in Minsk to review their sport’s progress.

"After visiting every competition and training venue I am confident that Belarus has the necessary sporting infrastructure and personnel to deliver an excellent European Games next year.

"The venues look very impressive indeed with many having been built for the 2014 World Ice Hockey Championships, providing excellent spectator capacities and adjacent training facilities.

"Renovations on the few facilities requiring it are well advanced and I’m confident that the field of play will be excellent for the athletes and provide a great broadcasting backdrop."

Clegg’s new role will see him regularly visit Belarus prior to the Games, which are scheduled to take place from June 21 to 30, 2019.

He will continue to work closely with Minsk 2019 in an attempt to ensure the successful delivery of the second edition of the event.

Prior to that, he held the position of executive director at the European Olympic Committees, which he took up in 2013.

A total of 4,082 athletes from the 50 European National Olympic Committees will compete in 15 sports at Minsk 2019.

Ten of the sports will act as qualifiers for the Tokyo 2020 Olympic Games, with the European Games also counting as the official European Championships for four sports.

There will be 91 men’s events, 89 women’s events and 21 mixed events overall, with 115 universality spots available.