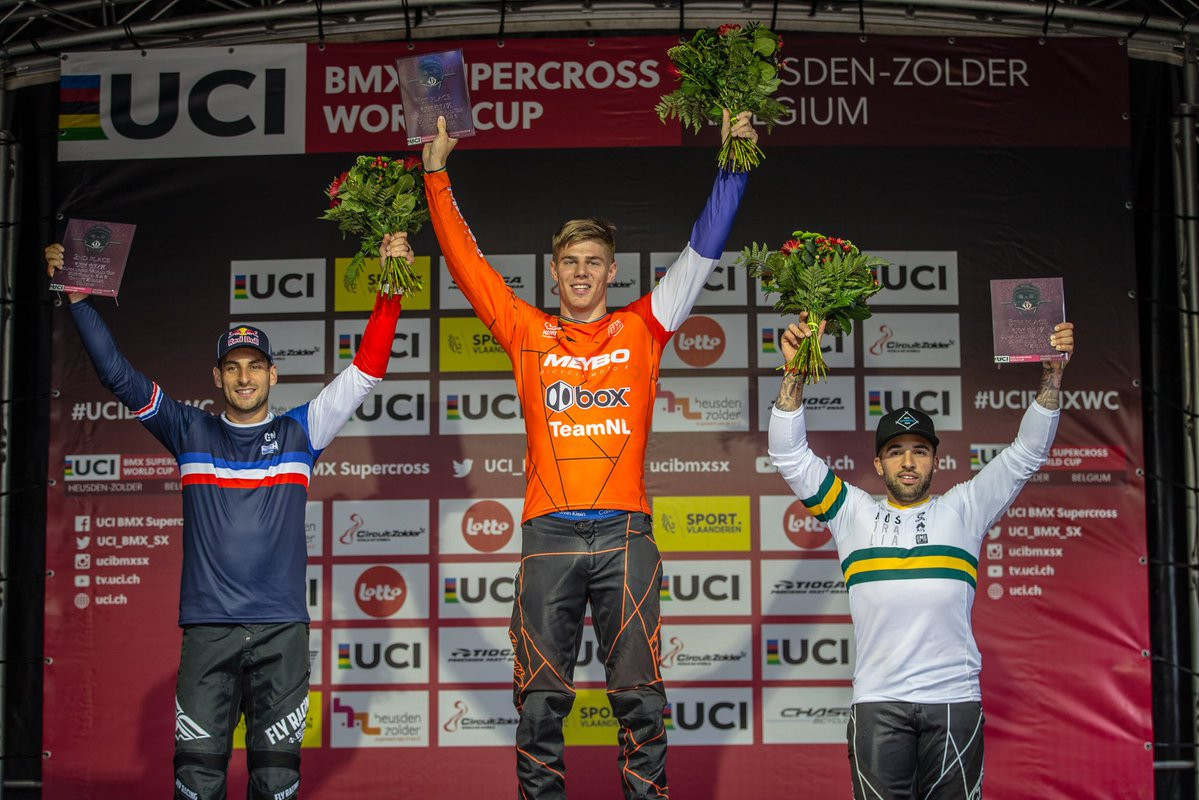 The Netherlands' Niek Kimmann maintained his stunning form by winning the sixth round of the International Cycling Union (UCI) BMX Supercross World Cup in Heusden-Zolder.

Kimmann had earned success in the first races in Paris and Papendal, but had proved unable to claim double victory over the weekend until now.

The Dutchman triumphed in the men’s final yesterday, which was the fifth round of the World Cup season.

The 22-year-old would replicate his performance by advancing through to the final at the Belgian venue today.

He produced another strong display to come through to claim victory in a time of 30.892 seconds in the final.

He was followed across the line by France’s Joris Daudet, who clocked 31.307.

The podium was completed by Australia’s Anthony Dean, after he managed a time of 31.919 seconds.

Britain’s Bethany Shriever was unable to repeat her victory from yesterday in the second women’s event of the weekend.

Judy Baauw and Laura Smulders, who finished second and third yesterday, would return to the podium.

Smulders emerged as the winner in today’s final by crossing the line in a time of 35.107.

She was followed by Dutch team-mate Baauw and Russia’s Natalia Afremova, who ended in 35.824 and 36.148 respectively.

The World Cup season will conclude in Santiago Del Estero, with an event on September 29 and 30.