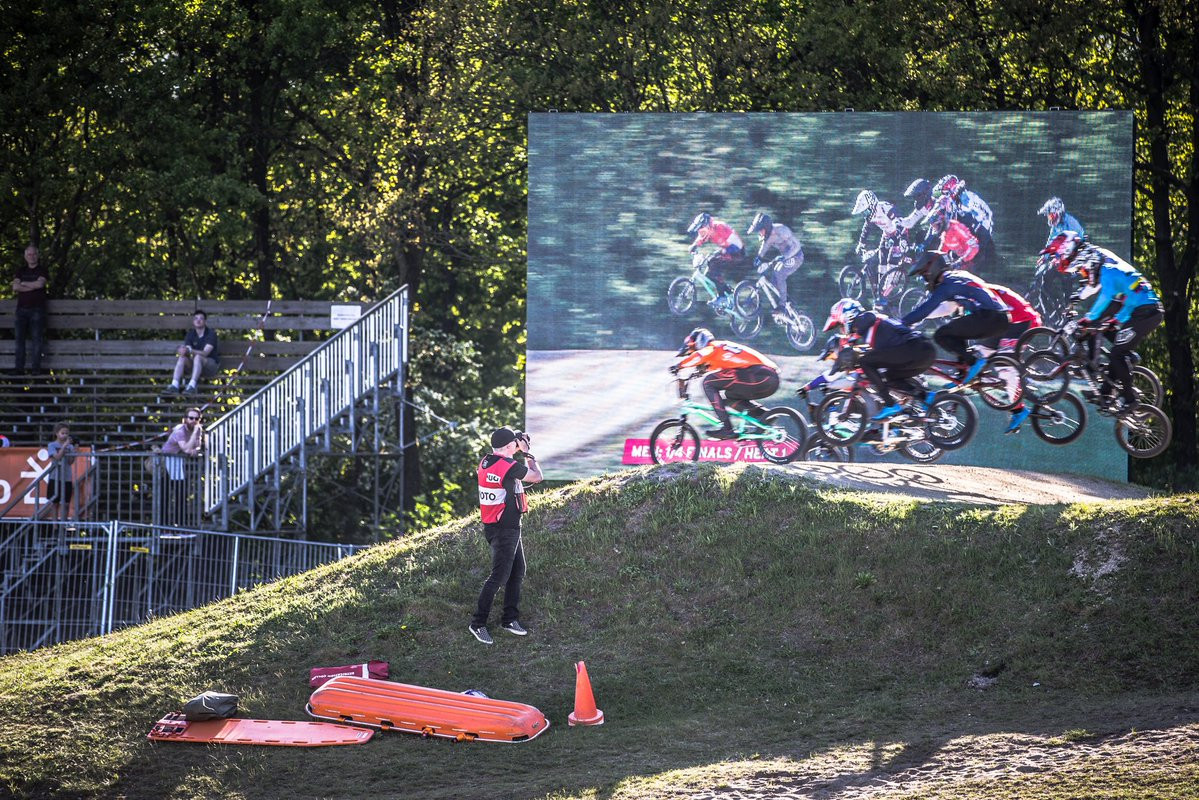 The American rider was forced to settle for second behind home favourite Laura Smulders yesterday at the Dutch venue.

Both riders proved consistent again to progress through to the final, with another battle between the duo looking likely.

Willoughby would find herself challenged by another Dutch rider in Judy Baauw, but was able to hold off her rival to secure victory.

Baauw finished as the runner-up in front of a home crowd, with Australia’s Saya Sakakibara rounding off the podium.

Smulders would cross the line in fourth, having missed out on repeating the double she achieved at the venue last year.

The Dutch rider has made an excellent start to the World Cup season, however, with her fourth place going alongside three victories in the opening four rounds.

Following two golds on the opening day, the host nation would come up empty today as France’s Sylvain Andre triumphed in the men’s event.

Andre would make the most of the absence of The Netherlands’ Niek Kimmann and France’s Joris Daudet, yesterday’s winner and runner-up respectively, who were eliminated in the semi-finals.

The Frenchman still faced a strong home challenge, as he was followed across the line by Twan van Gendt and Dave van der Burg.

Britain’s Quillan Isidore missed out on the podium in fourth.