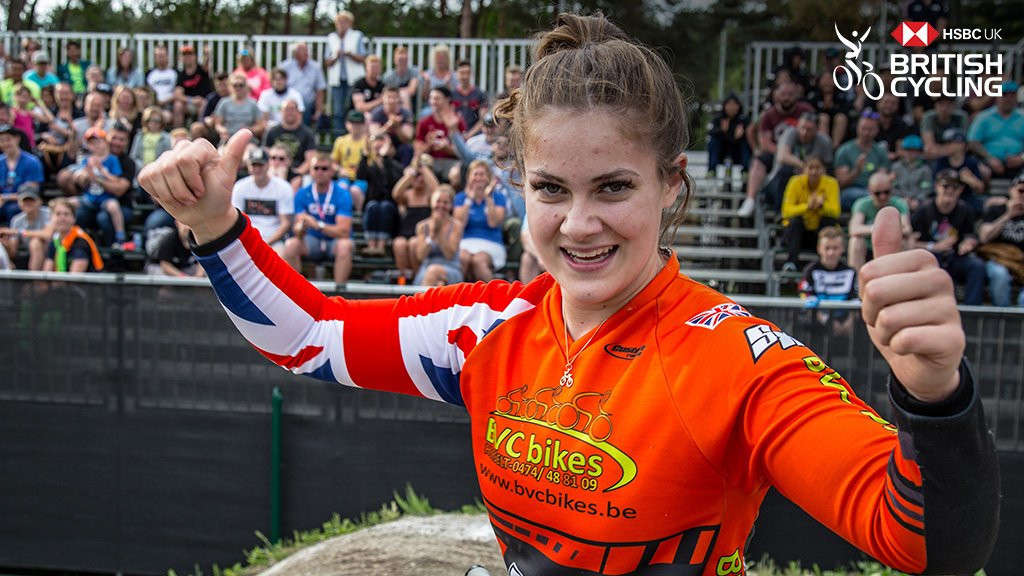 The 19-year-old junior world champion made impressive progress through the early rounds at the course in Belgium.

Shriever ended in second and third place during her quarter and semi-final rides respectively but rose to the occasion in the final.

The British cyclist took the lead in the early stages of the final and held off her rivals to secure her first World Cup success in a time of 35.765 seconds.

"All I wanted to do was have fun out there and enjoy myself, and now I’m speechless,” Shriever said.

"To bring the result back is such an amazing bonus, I’m over the moon.

"I’ve been riding most days this week, I’ve got into the mode of relaxing around the track and keeping it cool so I think that helped a lot, I just kept it there and got to the finish line.”

Shriever ended ahead of a strong Dutch challenge, with Judy Baauw and Laura Smulders rounding off the podium places.

Merel Smulders narrowly missed out on the top three as she ended behind her sister.

The Dutch team were able to celebrate victory in the men’s event, with Niek Kimmann triumphing in the final.

It was Kimmann’s third win of the World Cup season having also earned success in Paris and Papendal.

He was followed across the line by France’s Sylvain Andre, winner of the second race in Papendal last weekend.

The podium was completed by Dutch rider Twan van Gendt, who beat Britain’s Kyle Evans to the line.

The sixth round of the World Cup will take place in Heusden-Zolder tomorrow.