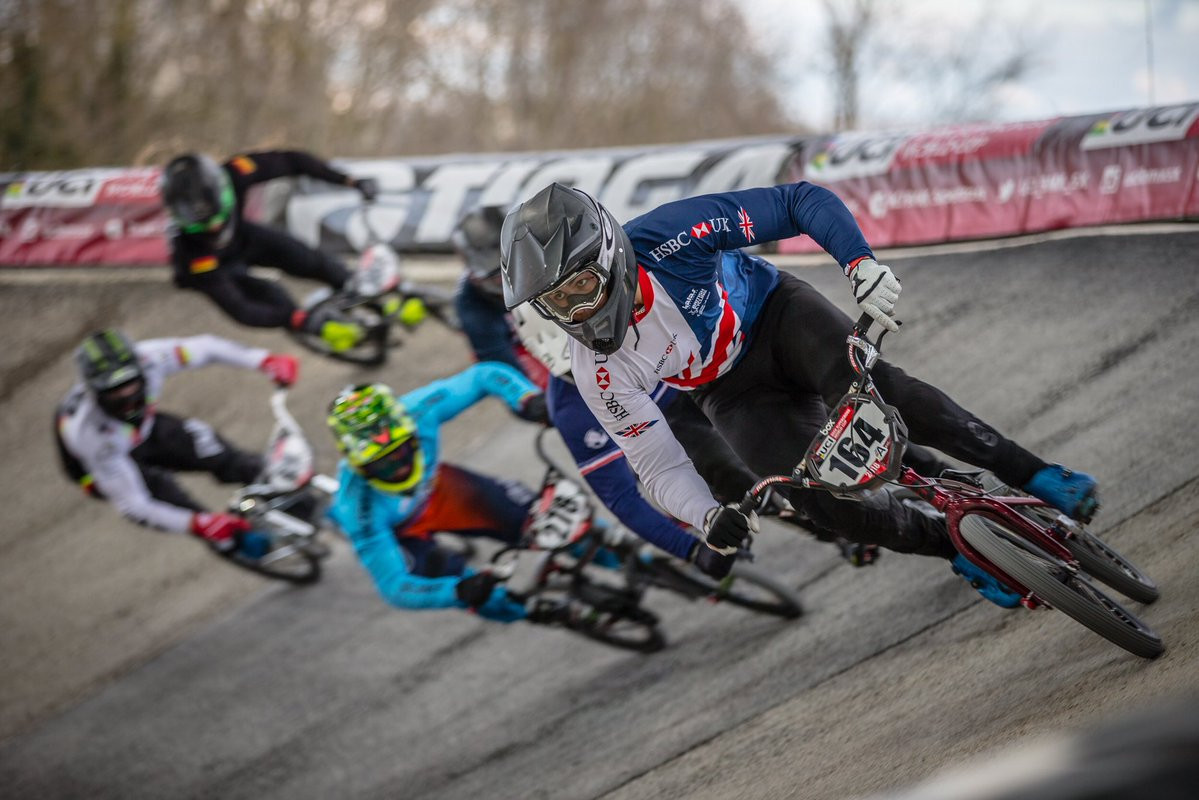 France took the home honours on the second day of the International Cycling Union BMX Supercross World Cup as this season’s series got underway at Saint-Quentin-en-Yvelines near Paris, with Joris Daudet and Romain Mahieu taking first and second place.

Daudet, third in the previous day’s race behind Mathieu and winner NIek Kimmann of The Netherlands, won in 32.789sec.

Mahieu was second in 32.950, with Kimmann reaching the podium again as his time of 33.181 put him one place clear of France’s defending World Cup champion Sylvain Andre, who had crashed out of the previous day’s final before wheeling home in seventh place.

In the women’s race, Laura Smulders of The Netherlands completed a double over the weekend as she earned another victory in 37.167.

Australia’s Saya Sakibara, who has been racing in Europe for a couple of weeks to get acclimatised to this World Cup opener, went one better than her opening day result as she took second place in 37.310.