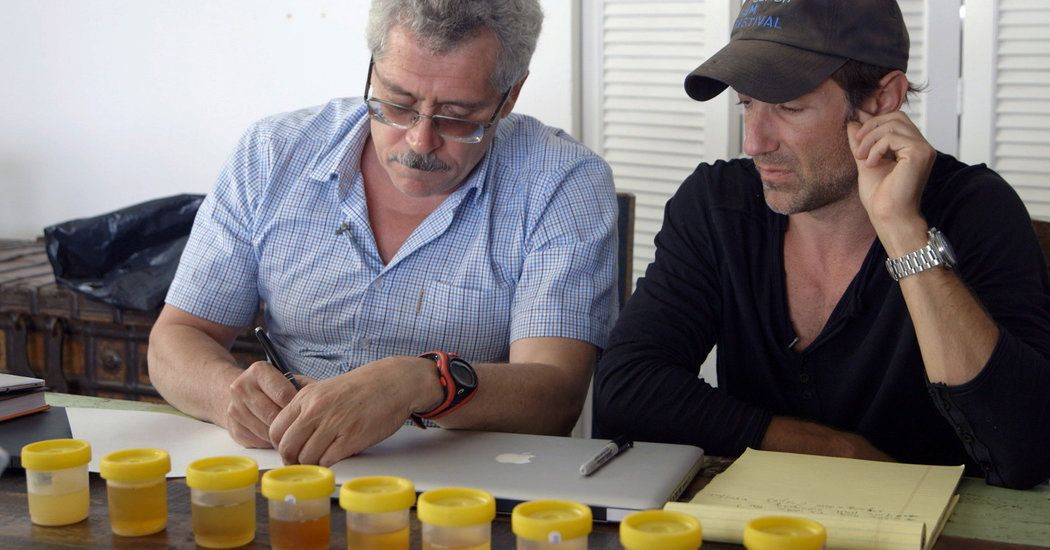 The Investigative Committee of Russia claims to have obtained new evidence refuting Grigory Rodchenkov's testimony regarding the sample-swapping scheme at Sochi 2014 but the group appear to have dropped some of their previous accusations against the whistleblower.

A spokesperson for the Committee, the body trying to extradite Rodchenkov, told Russian news agency Sputnik that the evidence had been passed onto the World Anti-Doping Agency (WADA).

WADA deny this, however, and claim they "have not received any documentation from Russia in this regard".

They say officers who worked at the Sochi Laboratory "testified that no action was taken to swap the samples" when they were questioned.

The officers gave this answer despite being "warned about criminal liability for giving knowingly false testimony".

"The investigators have collected objective evidence that refutes Rodchenkov's deceitful testimony about the delivery of doping samples of athletes to the Sochi Anti-Doping Laboratory, their storage and the replacement of them as a result of the opening of the BEREG-KIT bottles at night," spokeswoman Svetlana Petrenko said.

The suggestions come despite the Court of Arbitration for Sport (CAS) and the International Olympic Committee (IOC) both seeming to confirm the existence of a sample-swapping scheme in operation at the Games beyond any doubt.

The Committee did, however, notably omit some of its previous claims concerning the testimony given by Rodchenkov, the former head of the Moscow Laboratory who is now in witness protection in the United States after revealing details of Russia's doping scheme.

They had claimed sample bottles could not be opened and that the "physiologically impossible" levels of salt found in samples given by athletes who were part of the "systematic manipulation" of the anti-doping scheme at Sochi 2014 were natural.

Both have been proven by investigations carried out by the IOC and then substantiated by the CAS.

The CAS reasoned decision upholding the IOC sanction on Alexander Zubkov, who lost his two Olympic bobsleigh gold medals he won at Sochi 2014 and who subsequently failed with his appeal, cites the high amount of salt in his sample as proof of his involvement.

CAS state in the reasoning on Zubkov that Rodchenkov's evidence, added to forensic findings showing sample-tampering, was enough to establish an anti-doping rule violation.

A separate reasoned decision from the CAS on Russian cross-country skier Alexander Legkov, whose gold and silver medals from the 2014 Games were reinstated after his appeal was upheld, did cast doubt on some of the testimony provided by Rodchenkov, however.

The CAS said Rodchenkov's statement that he specifically recalled swapping Legkov's samples was "a bare assertion which is uncorroborated by any contemporaneous documentary evidence".

"The findings of the McLaren investigations were based on extensive, credible and corroborated evidence of institutionalized doping in Russia and WADA remains entirely confident in those conclusions," WADA added.

"Our focus now is on ensuring that the Russian Anti-Doping Agency can return to compliance as quickly and effectively as possible by completing the two outstanding elements of the roadmap.