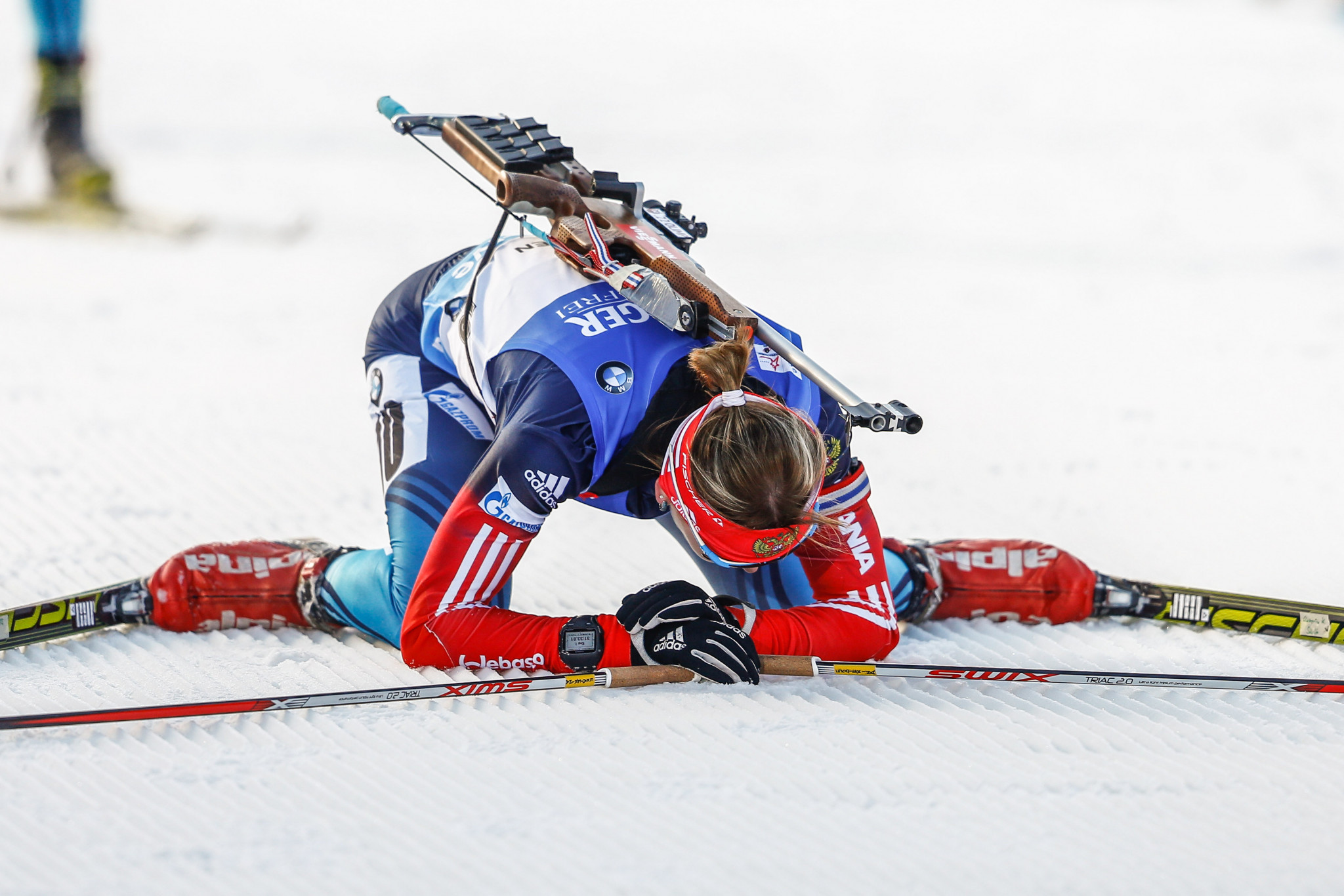 The case, which is subject to Court of Arbitration for Sport (CAS) inspection after Glazyrina announced plans to appeal yesterday, is believed to be the first confirmed sanction partially based on LIMS database evidence.

It could therefore act as a precedent for other cases undertaken by world governing bodies and, perhaps, give them confidence that they can after all prove the culpability of individual Russian athletes.

Glazyrina, 31, is a two-time European Championship medallist and enjoyed six podium finishes on the World Cup circuit in 2012 and 2013.

She has been handed a two-year ban backdated to when she was provisionally suspended in February 2017 and stripped of all results since 2013.

The Evidence Disclosure Package (EDP) published alongside the McLaren Report in December 2016 suggests she failed tests for banned steroids oxadrolone, trenbolone and metenolone - the substances found in the "Duchess cocktail" - three years earlier at the Izhevsk Rifle Russian Championships.

But she was put on a "saved" list whereby failures were never made public before competing at the Sochi 2014 Olympics.

An email in the EDP package depicts an exchange between ex-Moscow Laboratory director Grigory Rodchenkov and Alexei Velikodny, an official from Russia's state Sports Training Center, in which they discussed the Glazyrina case.

When told of her levels and Glazyrina's plans to train and compete internationally, Rodchenkov wrote: "No f****** way - she needs to be hidden immediately", before adding in a separate email: "How could she! And she is a chick as well..."

An unnamed official, whose identity is protected by being on the WADA whistleblower programme, added: "I think that it's just a bit too much and samples like this should not make it to the laboratory".

The IBU Anti-Doping Panel chaired by Christophe Vedder, the same official who headed two CAS panels which overturned 28 Russian doping sanctions handed-down by the International Olympic Committee (IOC) earlier this year, ruled that this evidence is compelling in a full verdict obtained by insidethegames.

"Although noted, the athletes' allegations with regards to Dr. Rodchenkov and Mr. Velikhodny [that they are not valid sources] are equally irrelevant," the panel concluded.

"Both are clearly identified in the emails and their function is well known and has been clearly explained.

"Arguing that these individuals are criminals does not diminish the evidentiary value of the emails."

This directly opposes the view prevalent in Russia in recent weeks that no evidence provided by Rodchenkov is strong enough to result in a conviction.

The panel conclude that Glazyrina's subsequent decision to pull-out of a World Cup event in Oberhof before she returned to competition was at a time when the banned substances would not have been expected to have been eradicated from her system.

Crucially, this evidence is backed up by the LIMS data, which "confirms both that the athlete's samples were saved and provides the exact concentrations of AAS detected in the samples further of the initial screening procure, all of which mirror the contents of the EDP emails".

The verdict also frequently refers to another case in which CAS ruled in favour last year of an International Association of Athletics Federations sanction against Anna Pyatykh, a Russian long jumper also sanctioned partly based on evidence found within the McLaren Report.

"In its deliberations, the Panel is guided by the Pyatykh award: "92. The Sole Arbitrator bears in mind that whether there is sufficient evidence to demonstrate an ADRV (Anti-Doping Rule Violation) or not must be considered on a case-by-case basis," the IBU panel argue.

"So too does this Panel believe that whether there is sufficient reliable evidence to establish that an ADRV for use was committed can only be decided based on the facts and evidence before it in this specific case.

"This Panel has carefully considered Article 3.2 IBU ADR (Anti-Doping Rules) when deliberating on the facts and evidence specific to this case.

"When measured as 'strands in a chain', the evidentiary elements supporting the IBU’s assertions are overwhelming."

Russian officials are still refusing to formally hand over the electronic records in the Moscow Laboratory and are likely to attempt to challenge the authenticity of the LIMS database obtained without their assistance by WADA - something that the IBU panel do not seem worried about.

The 26-page decision then concludes by ruling that, "upon careful deliberation, the athlete's case is in fact quite clear".

It argues that the question of whether Glazyrina knew what was going on is irrelevant because, under IBU rules, athletes are responsible for whatever substances are found in their systems.

"The IP Report [McLaren] and EDP explained that the athlete's initial screening procedures showed quantities of oxandrolone, trenbolone and metelonone, and the LIMS data supports these analytical findings by way of providing actual concentrations," it says.

"This evidence on its own allows [sic] is convincing.

"Then, further to considering the athlete pulling out of the Oberhof WC, the 'save' order, the 'hide' order, the excretion rates of the Duchess Cocktail, the return to competition and the contextual situation with regards to doping in Russian biathlon at the time, the Panel is comfortably convinced that the Athlete has used metenolone, oxandrolone and trenbolone.

"According to Art. 2.2.1 IBU ADR, the mere use of a prohibited substance, which in this case has been proven by the evidence on ile, is sufficient.

"It is therefore our conclusion that the IBU has established to this Panel’s comfortable satisfaction that an anti-doping rule violaion for use has been committed by Ekaterina Glazyrina."

The full verdict is available here.