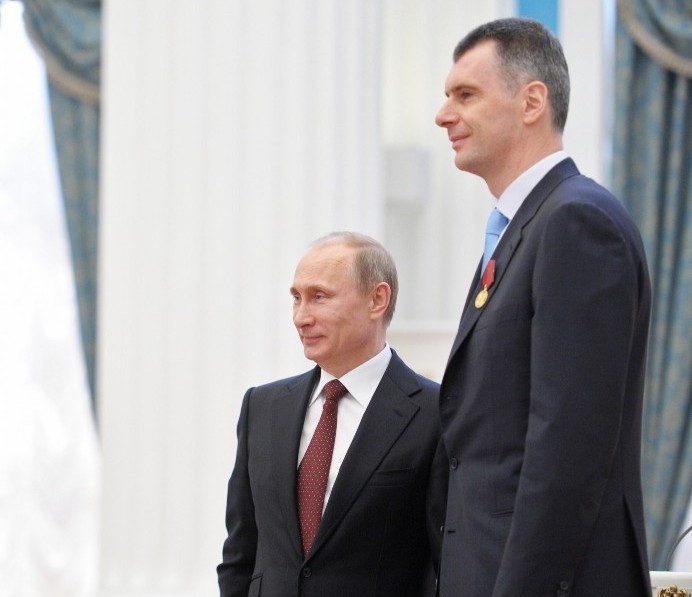 Grigory Rodchenkov has today filed a motion to dismiss a libel case brought in the names of three Russian biathletes - Olga Zaytseva, Yana Romanova and Olga Vilukhina - and also filed his own lawsuit against Russian oligarch Mikhail Prokhorov, one of the main financial backers of the claim.

Earlier this year, it was revealed that Prokhorov, owner of the National Basketball Association team Brooklyn Nets, was financially backing a lawsuit against Rodchenkov.

Rodchenkov linked Zaytseva, Romanova and Vilukhina to the state-controlled scheme conducted by Russia in 2014, and they were stripped of their silver medals from the relay by the International Olympic Committee (IOC).

They are each currently seeking $10 million (£7 million/€8 million) in damages.

Jim Walden of Walden Macht & Haran, lawyer for Rodchenkov, together with co-counsel Derek Borchardt of Patterson Belknap Webb & Tyler, announced full details of the case at a press conference in New York City.

"With today’s filings, the hunted becomes the hunter," Walden said in a statement.

"Russia and its puppets have been persistently attacking Dr. Rodchenkov for too long, most recently with this frivolous lawsuit that parrots the Kremlin’s slander.

"Today’s legal action by Dr. Rodchenkov provides ample testament to the baseless nature of this Prokhorov-financed claim, which I believe was intended for the single purpose of attempting to locate Dr. Rodchenkov.

"In throwing this feeble punch, the plaintiffs and their oligarch financier should have better understood the laws of the state of New York, which fully protect Dr. Rodchenkov from attempts to use the courts as a means of retaliation and intimidation."

Rodchenkov also asked his counsel to issue a statement on his behalf.

"I thank my team of lawyers who are fighting for me," he said.

"I am healthy and well, and also well protected.

"I continue to cooperate with criminal and anti-doping authorities.

"Despite Russia’s recent disinformation campaign, all of the information I gave to the IOC and WADA (World Anti-Doping Agency) was completely accurate, and I did not retract a word of it.

"I will continue to fight for clean athletes and for reform, even as international agencies desperately try to find a way to allow Russia to turn the page."

With today’s filing, Rodchenkov is seeking dismissal of the biathletes’ lawsuit as both factually and legally frivolous on numerous grounds.

Among others, the motion to dismiss makes several points, including that Rodchenkov’s statements about the Russian doping conspiracy were about an important matter of public controversy and have been repeatedly validated as true.

It also suggests the statements by Rodchenkov that plaintiffs claim are libellous refer to the public controversy and do not refer to them directly nor indirectly, and that damages to the plaintiffs’ reputations come as a consequence of their own wrongful conduct, as found by the IOC, for participating in a doping programme that caused them to be banned.

Additionally, the motion claims that except for a handful of innocuous statements that are not about the plaintiffs, the case is untimely and its claims are barred by New York’s one-year statute of limitations for libel.

Rodchenkov’s claim arises under New York’s Anti-SLAPP law, which makes it illegal, including in libel cases, to retaliate against, silence or censor someone who truthfully calls out wrongdoing.

"Dr. Rodchenkov exposed the truth about Russia, along with many of its governmental agencies and athletes who participated in a pervasive state-sponsored doping programme," a statement read.

"If Dr. Rodchenkov prevails in the courts, he could be entitled to punitive damages and legal fees."

"The New York Anti-SLAPP Law provides important protections to whistleblowers, like Dr. Rodchenkov, who believe they are victims of frivolous lawsuits intended to punish their public activities," Gregory Diskant of Patterson Belknap says.

"With today’s legal actions, we take a new step forward and say, 'Enough is enough'.

"We will no longer tolerate the Russia’s incessant campaign of retaliation and intimidation against Dr. Rodchenkov, which has been consistently enabled by the International Olympic Committee and its failure to punish Russia for its epic cheating scandal, leaving it emboldened to use its pawns and their deep pockets to attack the good doctor."

Prokhorov, one of Russia's most influential businessmen and who stood against Vladimir Putin in the Russian Presidential elections in 2012, had promised last November he would help the athletes clear their names.

"We have a positive experience in this field.

"I am prepared to hire the best lawyers to defend the interests of our biathletes in any country of the world, where it will be most appropriate."

Last week, Putin's spokesman Dmitry Peskov called on for international sports organisations to review their sanctions regarding athletes from the country after the publication of Court of Arbitration for Sport (CAS) reasoned decisions against Alexander Legkov.

The decision against Legkov, one of 28 Russian athletes whose doping suspensions were overturned by CAS earlier this year, indicated that evidence provided by Rodchenkov was not enough to secure convictions.