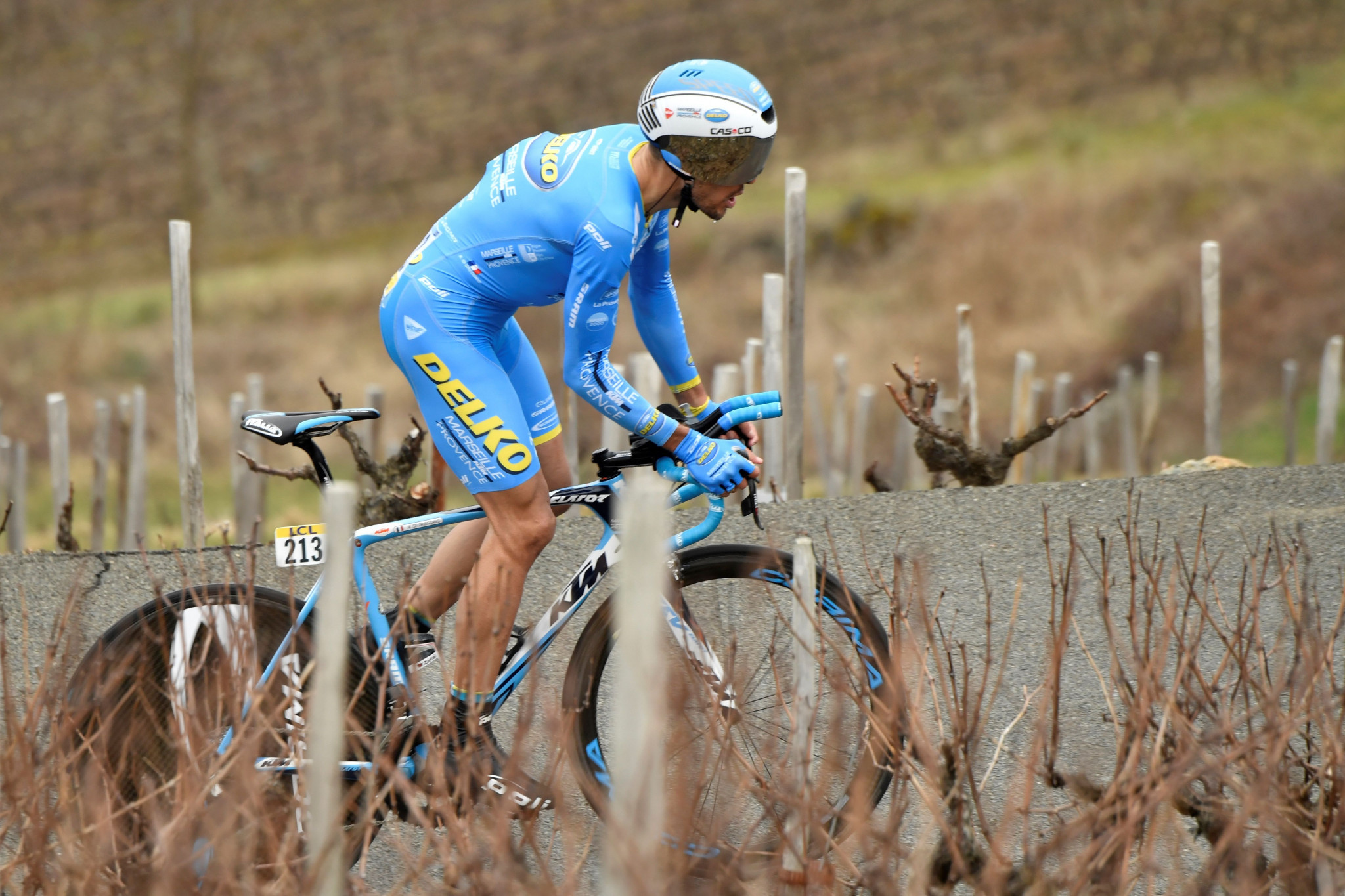 France's Rémy Di Gregorio has been provisionally suspended after testing positive for darbepoetin, a form of the blood booster erythropoietin (EPO), the International Cycling Union (UCI) have announced.

The presence of darbepoetin, often known under the brand name Aranesp, was detected in a sample collect on March 8 at the Paris-Nice stage race, part of the UCI WorldTour.

Di Gregorio had finished in third place on the third stage of the race two days prior to his positive test.

"This intelligence-led doping control was planned and carried out by the CADF, the independent body mandated by the UCI, in charge of defining and implementing the anti-doping strategy in cycling, with the collaboration of the AFLD and the OCLAESP," the UCI said in a statement.

"The rider has the right to request and attend the analysis of the B sample.

"In accordance with UCI Anti-Doping Rules, the rider has been provisionally suspended until the adjudication of the affair."

Di Gregorio has been suspended by his team Delko-Marseille Provence KTM, who he joined in 2014.

He had been arrested by French police at the 2012 Tour de France, leading to his then team Cofidis suspending and withdrawing him from the race.

Di Gregorio claimed he was innocent, saying police only found vitamins, with the rider being partially cleared by the French Court of Appeal in 2013 and allowed to resume competing.

He successfully sued Cofidis for wrongful dismissal in the same year before joining Delko Marseille Provence KTM in 2014.

Frederic Rostaing, team manager of Delko Marseille Provence KTM, admitted he would feel betrayed should a positive test be confirmed.

"I am appalled and would feel deeply betrayed if the B-sample analysis confirms the finding," Rostaing said in a statement.

"This fundamentally calls into question the investment in our project started 20-years ago, with ethical values at its core.

"We will be taking stock after Fleche Wallonne with our partners."