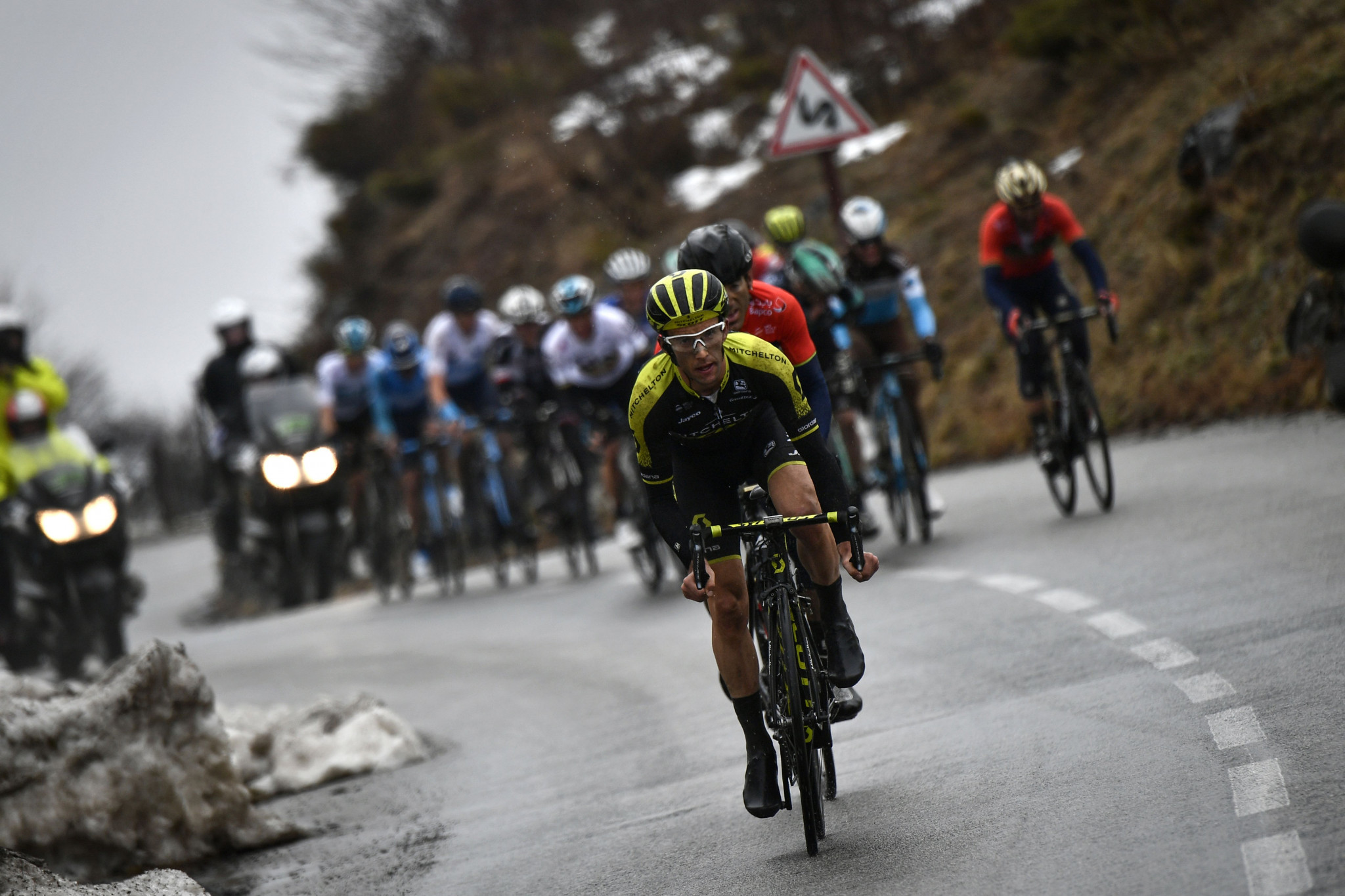 Simon Yates claimed the outright lead following a solo attack late on the seventh stage of Paris-Nice in La Colmiane,

The Briton broke clear off the leading group with four kilometres remaining of a 175km course from Nice, which featured numerous climbs.

Yates was chased by Dylan Teuns of Belgium and Spain’s Ion Izagirre but they proved unable to catch the Mitchelton-Scott rider.

He ended in a time of 5 hours 02min 54sec to claim the stage win, his nearest rivals ending eight seconds adrift at the finish.

The result also saw Yates move to the top of the general classification at the International Cycling Union (UCI) WorldTour race.

Yates lies 11 seconds clear of Ion Izagirre, who represents  Bahrain–Merida, in the standings, with Spain’s Gorka Izagirre and Belgium’s Tim Wellens a further second down.

Racing is due to conclude tomorrow with a 110km stage in Nice.

The Movistar rider triumphed in a three-man sprint on a summit finish at the end of a 219km stage from Foligno to Sassotetto.

He crossed the line in a winning time of 6:22:13, with Poland’s Rafal Majka and New Zealand’s George Bennett completing the top three on the same time.

Italy’s Fabio Aru led a group of riders across the line at six seconds behind the stage winner, including Italy’s Damiano Caruso.

The BMC Racing rider moved back into the race lead as a result as Britain’s Geraint Thomas losing the leader’s jersey after a late mechanical problem.

His Team Sky team-mate Michal Kwiatkowski of Poland lies just one second behind Caruso, with The Netherlands’ Wilco Kelderman a further 10 seconds back.

Landa lies fourth after his stage win, 20 seconds down on Caruso.

The race is due to continue with a 178km stage from Castelraimondo to Filottrano tomorrow.

A 141km cobbled race will provide the next challenge, with Ronde Van Drenthe taking place in The Netherlands.

Denmark’s Amalie Dideriksen emerged as the winner of the 2017 race and will hope to repeat the feat this year.