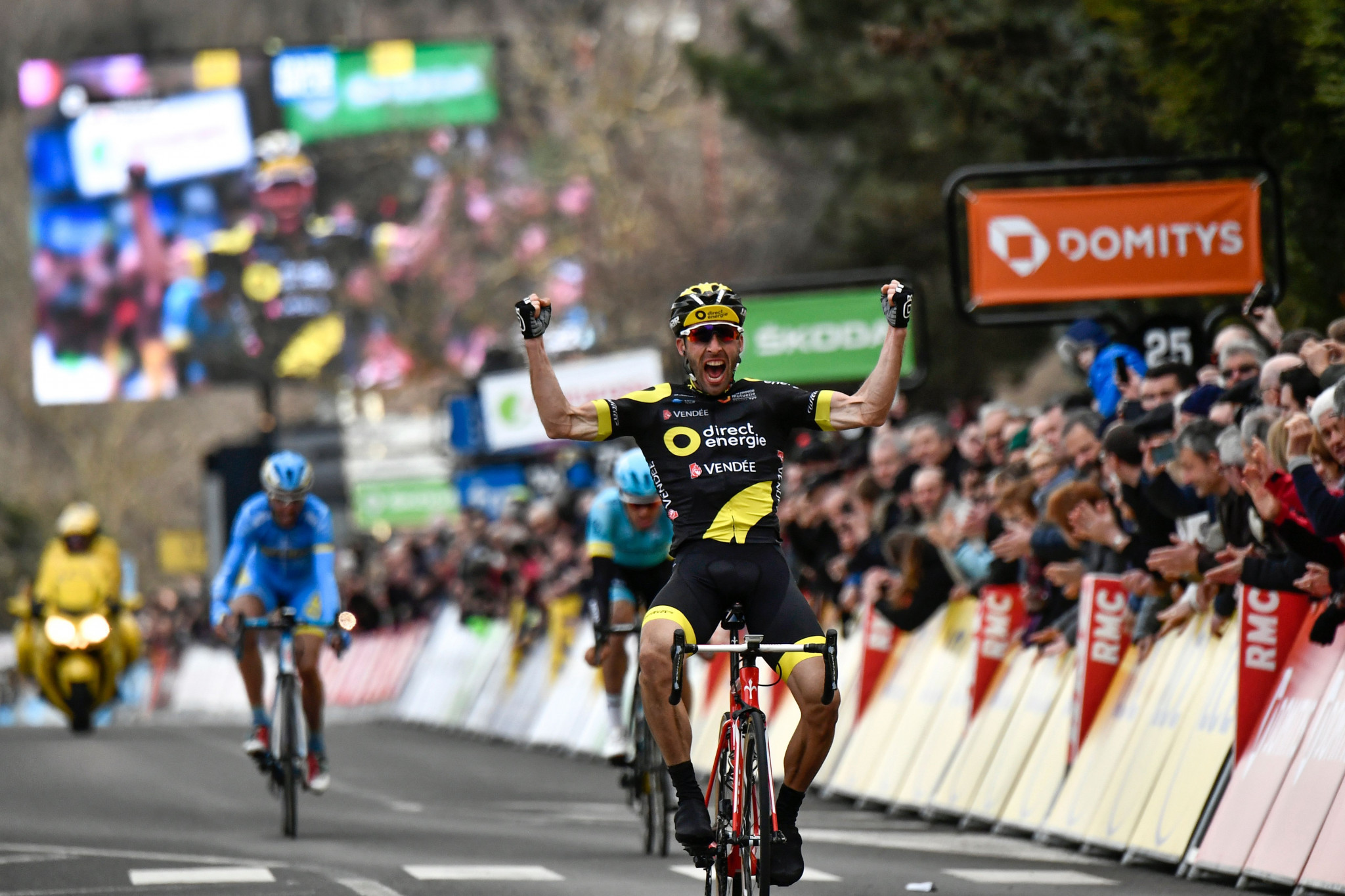 France's Jonathan Hivert celebrated victory on the third stage of Paris-Nice after triumphing from a three-man breakaway in Châtel-Guyon.

The 210 kilometre stage from Bourges offered the opportunity for some of the general classification riders to test their legs.

While a couple of breakaway groups formed in the early kilometres, an acceleration from France’s Julian Alaphilippe began to quicken the pace.

His effort proved enough to reduce the peloton, but it was with 15km to go that the decisive move of the day was made.

They battled for the stage victory on a slight uphill finish, with Hivert ultimately having enough speed to triumph in 5 hours, 22min and 49sec.

His breakaway compatriots would end a second adrift, with the chasing pack coming in a further 37 seconds down.

"I didn't make any plans, I knew that I should try to follow the riders who broke clear or I'd be in trouble," said Hivert.

"I played a little with the two others because in my head I knew I had it won before the line.

"I progressed well this season and I really wanted to do well in this Paris-Nice.

"What changed is I had problems with my knees in recent seasons and I had an operation to both knees and now everything's fine.

“It's great for Direct Energie to have a win here already, I hope for more great things to come."

Sanchez also had cause for celebration despite coming second, as the Astana rider now leads the general classification by 28 seconds from second place Arnaud Demare of France.

Spain’s Gorka Izagirre is 35sec behind the leader in third, with Alaphilippe a further three behind.

The race will continue tomorrow with a 18.5km time trial from La Fouillouse to Saint-Étienne.

Another International Cycling Union World Tour race is set to begin tomorrow, with the return of the Tirreno Adriatico.

The Italian stage race is set to run until March 13.

Britain's Chris Froome is set to compete despite the ongoing controversy surrounding his salbutamol case.

He will feature among the main overall contenders, along with The Netherlands' Tom Dumoulin and Italy's Vincenzo Nibali.