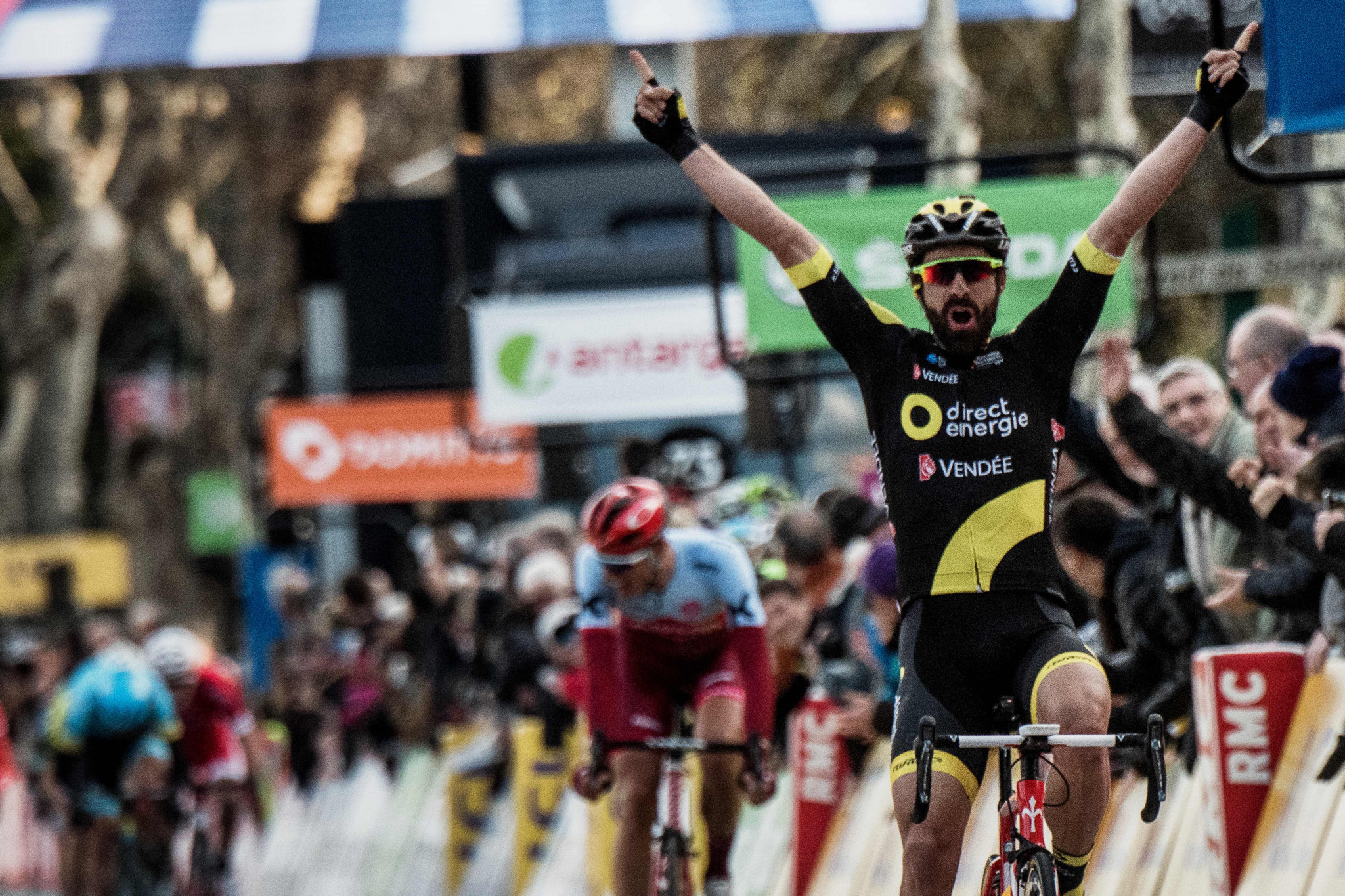 France's Jerome Cousin prevailed from a day long breakaway to claim victory on the fifth stage of Paris-Nice in Sisteron.

The Direct Energie rider was joined by fellow Frenchman Nicolas Edet and Julien El Fares in a move during the hilly 165 kilometre route from Salon-de-Provence.

They were quickly joined by Germany’s Nils Politt, with the quartet working together strongly to open up a lead in the peloton in the International Cycling Union (UCI) WorldTour race.

Cousins was able to make the most of the breakaway by picking up points to put him into the king of the mountains jersey, after impressing on the day's four climbs.

Thoughts then turned towards the stage win, with the quartet holding a 40 second lead over the chasing pack heading into the final three kilometres of racing.

The sprinting teams would ultimately leave the catch too late, with Cousin surging to claim the stage win in a time of 3 hours, 57min and 25sec.

He ended two seconds clear of Politt, while Germany’s Andre Griepel led the sprinters across the line a further two seconds down.

Spain's Luis Leon Sanchez finished safely in the peloton, with the Astana rider preserving his 15 second advantage over yesterday's stage winner Wout Poels of The Netherlands.

France's Julian Alaphilippe and Spain's Marc Soler are 26 seconds down on the leader.

Tomorrow's sixth stage will take the peloton 198km from Sisteron to Vence.

Tirreno Adriatico continued in Italy today, with the second stage concluding in a sprint finish after a 167km route from Camaiore to Follonica.

Germany’s Marcel Kittel emerged as the winner, with the Katusha-Alpecin rider ending in a time of 4:12:24.

He held off the challenge of Slovakia's reigning world champion Peter Sagan, Italy's Giacomo Nizzolo and Poland's Michal Kwiatkowski, who completed the top four positions on the stage on the same time as the winner.

Fifth place Patrick Bevin also ended on the same time and assumed the overall race lead, having finished as the highest placed BMC Racing rider on the same.

It followed their team time trial success on the opening day, where Damiano Caruso picked up the leader's jersey.

The Italian is now second on the same time as Bevin, with team-mates Greg Van Avermaet of Belgium and Australia's Rohan Dennis lying third and fourth.

Racing will continue tomorrow with a 239km stage from Follonica to Trevi.