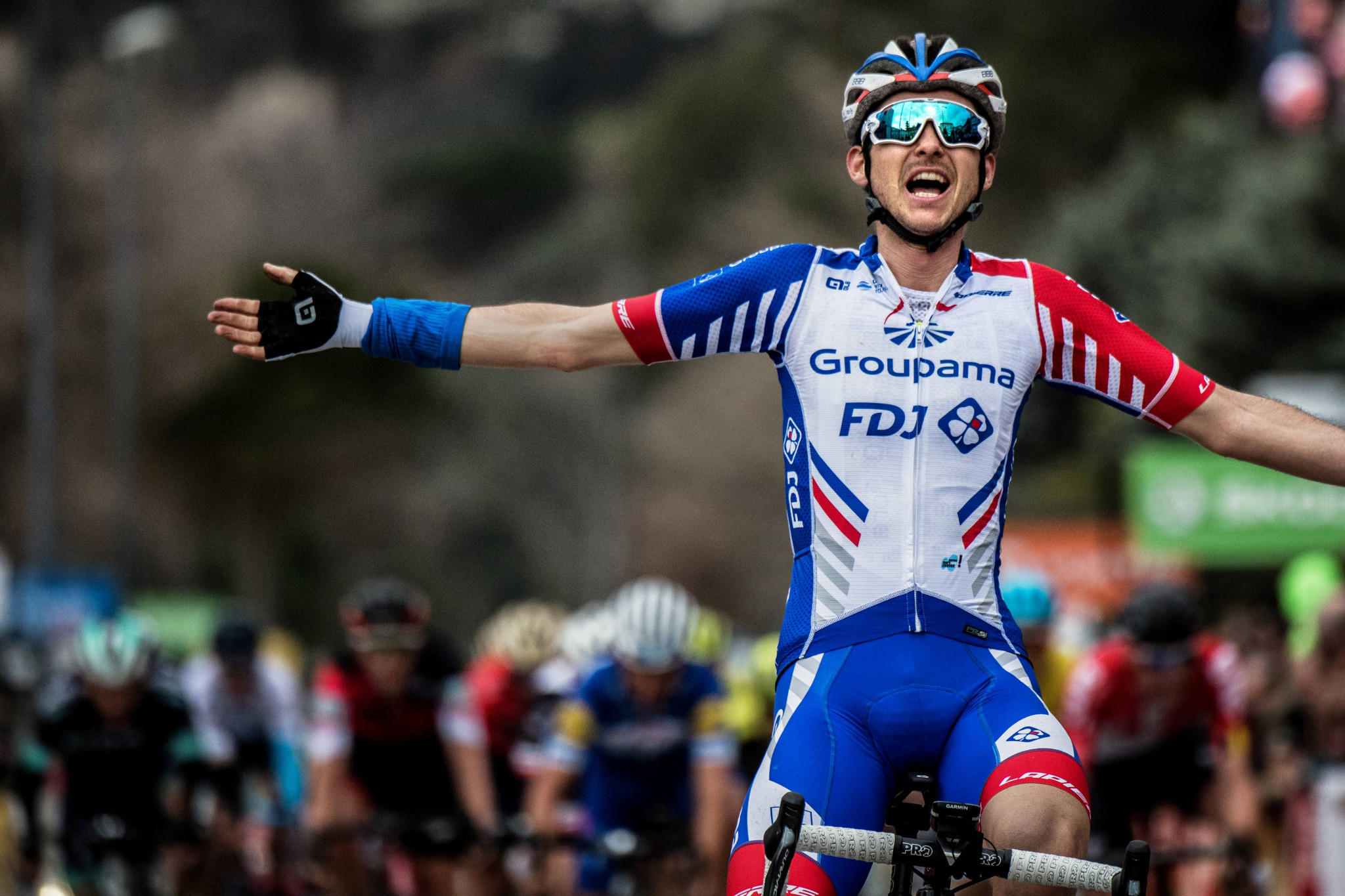 Rudy Molard climbed to a first International Cycling Union (UCI) WorldTour victory on the sixth stage of Paris-Nice in Vence.

The Frenchman attacked in the final two kilometres of the hilly 198 kilometres route from Sisteron.

He escaped the peloton and, despite a chase from Belgium’s Tim Wellens and France’s Julian Alaphilippe, the Groupama-FDJ rider held on to secure victory in 4 hours 40min 05sec.

Molard’s victory came after several attacks in the closing kilometres of the stage, which saw the departure Wout Poels, who began the day second in the general classification.

The Dutchman, who rides for Team Sky, crashed in the closing stages and was forced to abandon.

Spain’s Marc Soler and Gorka Izagirre complete the top four, 26 and 34 seconds respectively behind the leader.

The penultimate stage of the race is due see the riders cycle 175km from Nice to Valdeblore La Colmiane, with the hilly course likely to see a battle between the race favourites.

Racing is due to conclude on Sunday (March 11) with a 110km stage in Nice.

Tirreno-Adriatico, another UCI WorldTour race, continue in Italy with a 239km stage from Follonica to Trevi.

The battle for the stage win came down to the final kilometre, with an Primož Roglič emerging on an uphill finish to snatch victory in a time of 6:17:23.

The LottoNL-Jumbo rider became the first Slovenian to earn a stage win at the race, with Britain’s Adam Yates and Belgium’s Tiesj Benoot ending three and six seconds down respectively.

Britain’s Geraint Thomas was a further second back in fourth but proved enough to put the Team Sky rider into the overall race lead.

They are three seconds clear of Thomas’ team-mate Chris Froome, who occupies third place in the race.

The Briton’s presence at the race has been the subject of controversy due to ongoing controversy surrounding his salbutamol case.

Froome could feature prominently tomorrow on a climber friendly 219km stage from Foligno to Sassotetto.