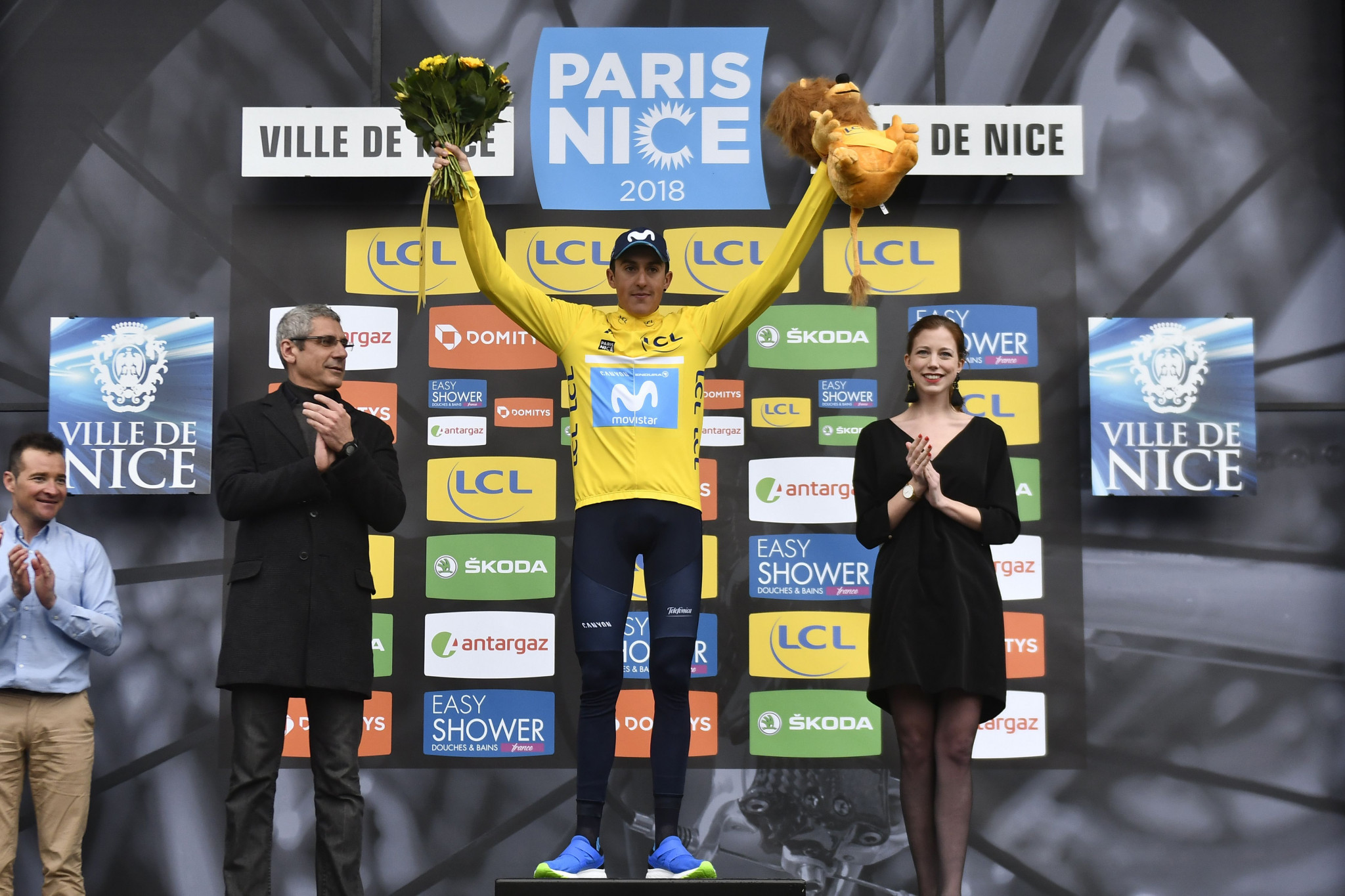 A long-range attack by Marc Soler saw the Spaniard rewarded with the Paris-Nice title as countryman David de la Cruz emerged as the winner of the final stage.

Soler moved of the yellow jersey group with 50 kilometres remaining of the 110km stage in Nice, with the Movistar rider aided by De La Cruz.

They joined breakaway rider Omar Fraile, with the three Spaniard’s working together as they approached the final climb at Col d'Eze with 20km to go.

They remained clear for the remainder of the stage, despite accelerations in the chasing group.

The stage was won by De La Cruz for the second straight year, the Team Sky rider crossing the line in 2 hours 53min 06sec, the same time given to Fraile.

Soler ended three seconds down and was left to wait to see whether he had done enough to win the general classification at an International Cycling Union (UCI) WorldTour race for the first time.

Britain's Simon Yates, who had started the day as the overall leader, crossed the line in the chasing pack at 38 seconds down, narrowly failing to hold off Soler.

The Mitchelton–Scott rider had to settle for finishing second overall at four seconds down on his rival, with Spain’s Gorka Izagirre, representing Bahrain–Merida, third at 14 seconds behind the winner.

While there was disappointment for Yates at Paris-Nice, his twin brother Adam was celebrating a stage win at Tirreno-Adriatico, another UCI WorldTour race.

The Mitchelton-Scott rider climbed to victory on a 178km stage from Castelraimondo to Filottrano, the home town of Italy’s Michele Scarponi, who died on a training ride last year.

Yates attacked five kilometres from the finish and pulled away on the steep climb to go clear to the finish.

He triumphed in a time of 4:16:35, with world champion Peter Sagan of Slovakia leading the chasing pack across the line at seven seconds down.

Poland’s Michal Kwiatkowski, who rides for Team Sky, finished in third place on the same time.

It was enough to take him into the race lead, three seconds clear of Italy’s Damiano Caruso, who dropped to second.

The sixth stage is due to take the peloton 153km from Numana to Fano tomorrow.

The second race of the UCI Women’s WorldTour took place in The Netherlands, the 141km Ronde Van Drenthe.

While there were a flurry of attacks on cobbled sections and in the final 15km of racing, a decisive move failed to materialise.

It left riders to contest a sprint finish at the conclusion of the one-day event.

The Netherlands’ Amy Pieters emerged from the pack to take the victory in 4:06:44, with the United States’ Alexis Ryan second on the same time.

Anna van der Breggen, who finished in the main field, remains the leader of the WorldTour standings after winning Strade Bianche last week.