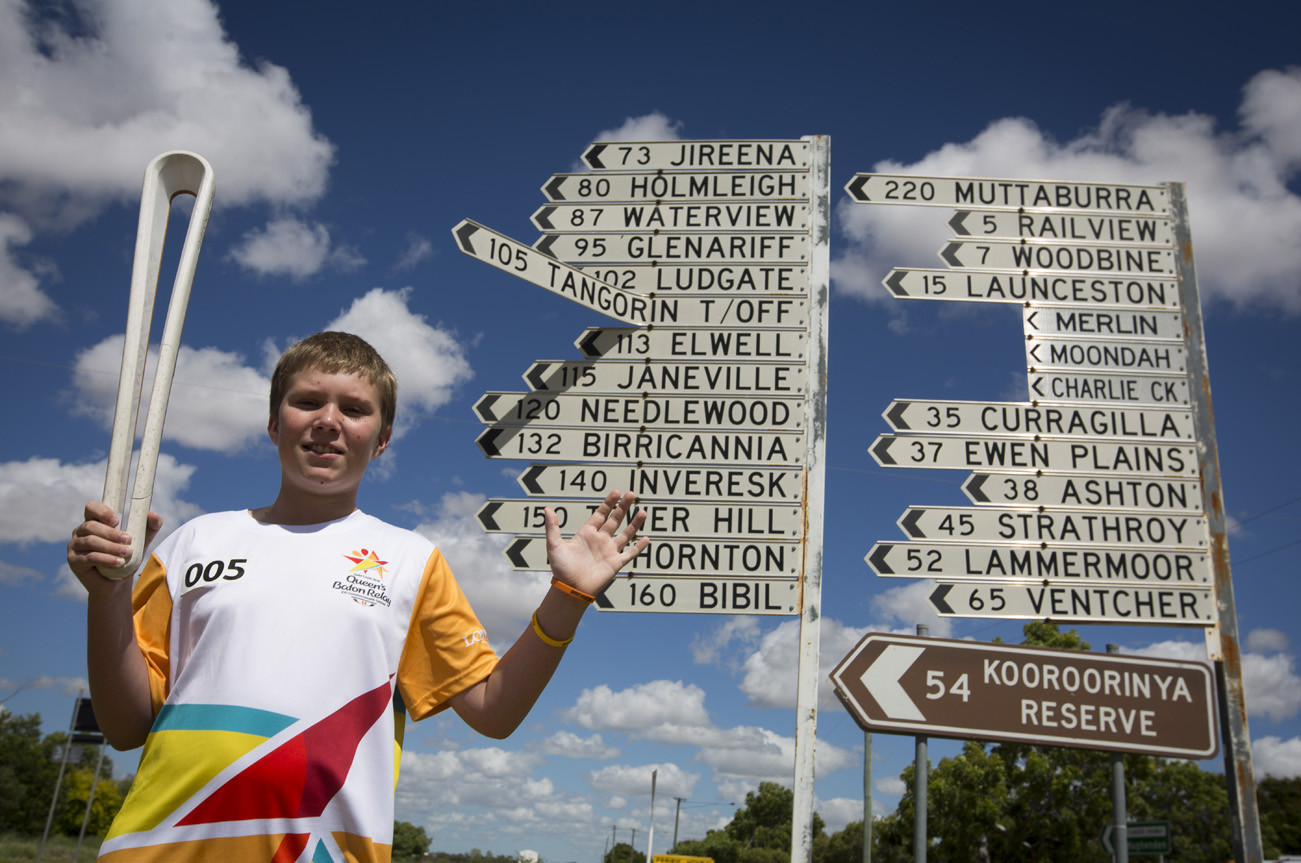 Queen Elizabeth II placed a message into the Baton calling on the Commonwealth’s athletes to come together in a peaceful and friendly competition at Gold Coast 2018.

The message will be taken from the Baton and is due to read by Prince Charles the Opening Ceremony of Gold Coast 2018 on April 4.

A year on from the launch, the Baton sent time in Prairie, Pentland, Homestead and Charters Towers in Queensland.

Katrina Sladden was among the Batonbearers in Prairie and reflected on the milestone.

"The community’s come out today to support everyone, the school kids and the locals in the shire so it’s fantastic," she said.

"Today marks a year since the Queen’s Baton Relay began and for it to be in Prairie is amazing."

Following its stay in town, the Baton headed to Charters Towers, where the day concluded with a Commonwealth Day celebration.

Yesterday, the Baton visited the Australian Age of Dinosaurs, home to the world’s largest collection of Australian dinosaur fossils.

The Baton also visited the Musical Fence Museum in Winton.

It is currently on a 100-day Australian tour following the international part of its journey.

The Baton visited Commonwealth countries in Africa, the Caribbean, the Americas, Europe, Asia and Oceania.