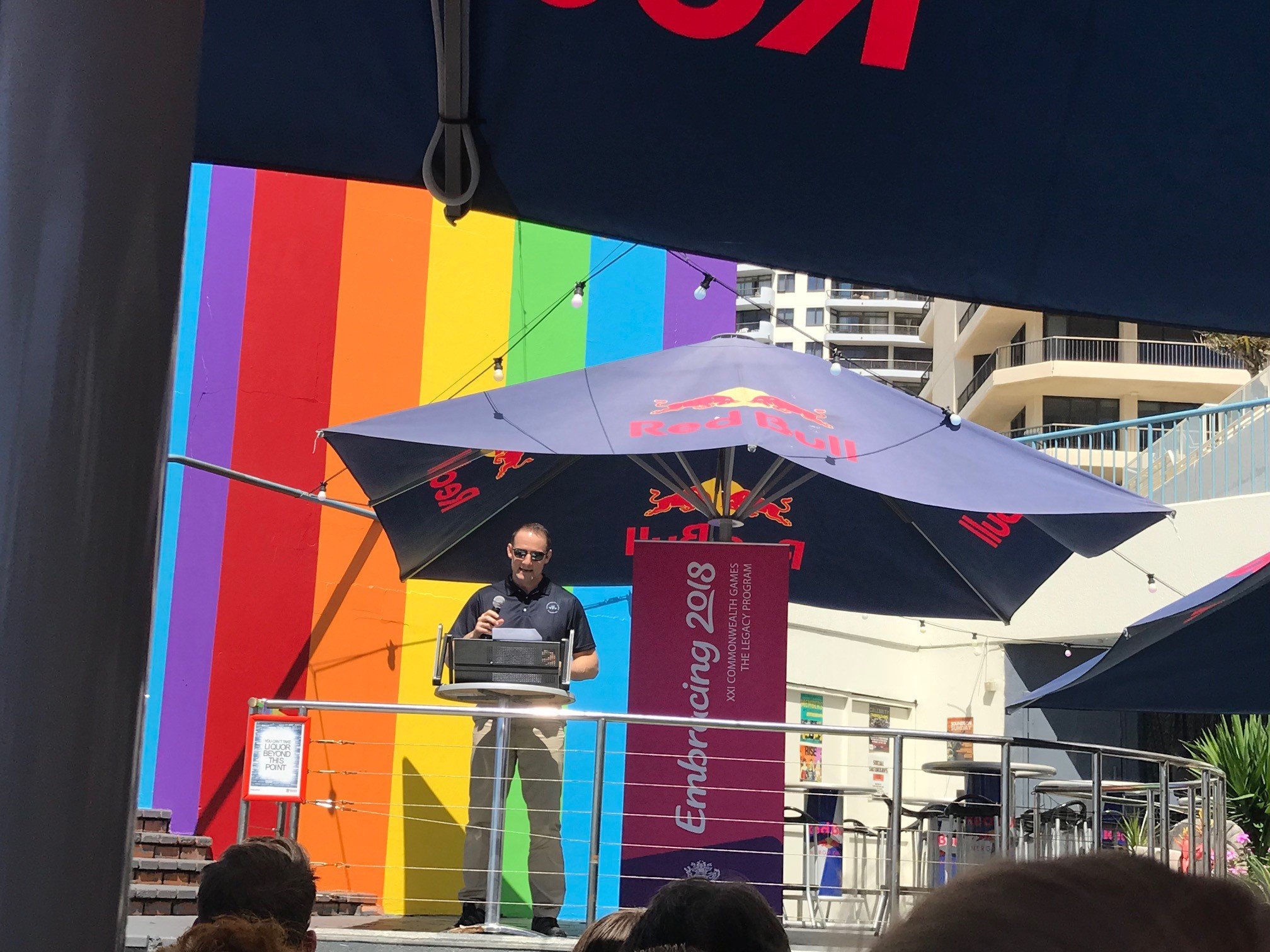 The venue, Australia's first Pride House, is being hosted by Rise Bar on Surfers Paradise from today through until the day of the Closing Ceremony on April 15.

It will allow lesbian, gay, bisexual, transgender, intersex and questioning (LGBTIQ+) individuals to watch the Commonwealth Games, due to begin with the Opening Ceremony next Wednesday (April 4), with other like-minded individuals in a "safe and inclusive" environment.

Grevemberg claimed he was hopeful Pride House could contribute towards a change in attitude towards homosexuality throughout the Commonwealth.

Homosexuality is still a criminal offence in 37 of the countries due to compete at Gold Coast 2018.

In nations such as Nigeria and Uganda, it is possible that a man can be executed if he is found to have engaged in a relationship with a member of the same sex.

Grevemberg believes progress is being made in this area as the same number of countries where homosexuality was illegal prior to the 2014 Commonwealth Games in Glasgow was 42.

"Progress is happening, albeit very slowly, and that mega-sporting events could be playing a role in these developments," Grevmberg said.

"The baton is now passed to you - and I hope your work here sees similar progress and much-needed change through and beyond these Games.

"It has never been more important - we all remember the divisive marriage equality debate and as recently as yesterday we read negative comments about eligibility directed at one of the Commonwealth Games first transgender athletes.

"So, through the Games, and through Commonwealth sport, let us all champion the rights and achievements of the LGBTI+ community and LGBTI+ athletes, on and off the field of play; firm in the belief that this must play an important role in the wider global conversation around tolerance, empowerment and legal status."

The venue here will host an exhibition of Australian LGBTIQ+ "Trailblazers", comprised of individuals that have been leaders in the fight for equality.

It will also highlight a separate issue daily relating to each letter on the LGBTIQ+ rainbow spectrum.

Plans are in place to raise awareness and education on topics such as lesbian, gay, bisexual, transgender, intersex, queer, youth, legal and mental health issues.

"Growing up as an athlete, I only wanted to be myself," Cook, gold medallist at Sydney 2000 and a champion of LGBTIQ+ rights throughout her career, said.

"So many of the athletes competing here cannot be themselves.

"This is for those people to feel safe and included."

Pride Houses are organised and delivered by community groups local to the region, with previous houses organised at the London 2012 and Rio 2016 Olympics, as well the Toronto 2015 Pan American Games.