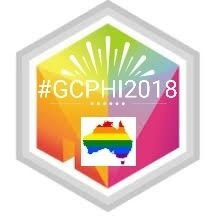 Australia will create a Pride House International for the first time before and during the Gold Coast 2018 Commonwealth Games.

The Gold Coast Pride House International 2018 (GCPHI 2018) will be hosted by Rise Bar, an existing hospitality venue in Surfers Paradise in Queensland, from March 28 to April 15.

Lesbian, gay, bisexual, transgender, intersex and questioning (LGBTIQ+) individuals will be able to watch the Commonwealth Games with other like-minded individuals in a "safe and inclusive" environment.

Pride House International originated from the traditional Hospitality House concept that is common at Olympic and Commonwealth Games.

They are viewed as providing a valuable contribution to the fabric of major international events, with significant positive outcomes and media interest.

GCPHI 2018 will host an exhibition of Australian LGBTIQ+ "Trailblazers", comprised of individuals that have been leaders in the fight for equality.

The entire spectrum of the LGBTIQ+ rainbow will be included in the exhibition.

GCPHI 2018 will also highlight a separate issue daily relating to each letter on the LGBTIQ+ rainbow spectrum.

Plans are in place to raise awareness and education on topics such as lesbian, gay, bisexual, transgender, intersex, queer, youth, legal and mental health issues.

The consultation was held at the Gold Coast Arts Centre, with discussions held on a Pride House at next year’s Games.

Pride Houses are organised and delivered by community groups local to the region, with previous houses organised at the London 2012 and Rio 2016 Olympics, as well the Toronto 2015 Pan American Games.

Queensland Police's LGBTI liaison district coordinators, Wendy Marshall and Luke Turner, were among the attendees at the consultation in the Australian city.

This was despite the fact homosexuality remains illegal in at least 26 countries and territories who are members of the CGF.

In Nigeria and Uganda it is still technically possible that a man can be executed if he is found to have engaged in a relationship with a member of the same sex.