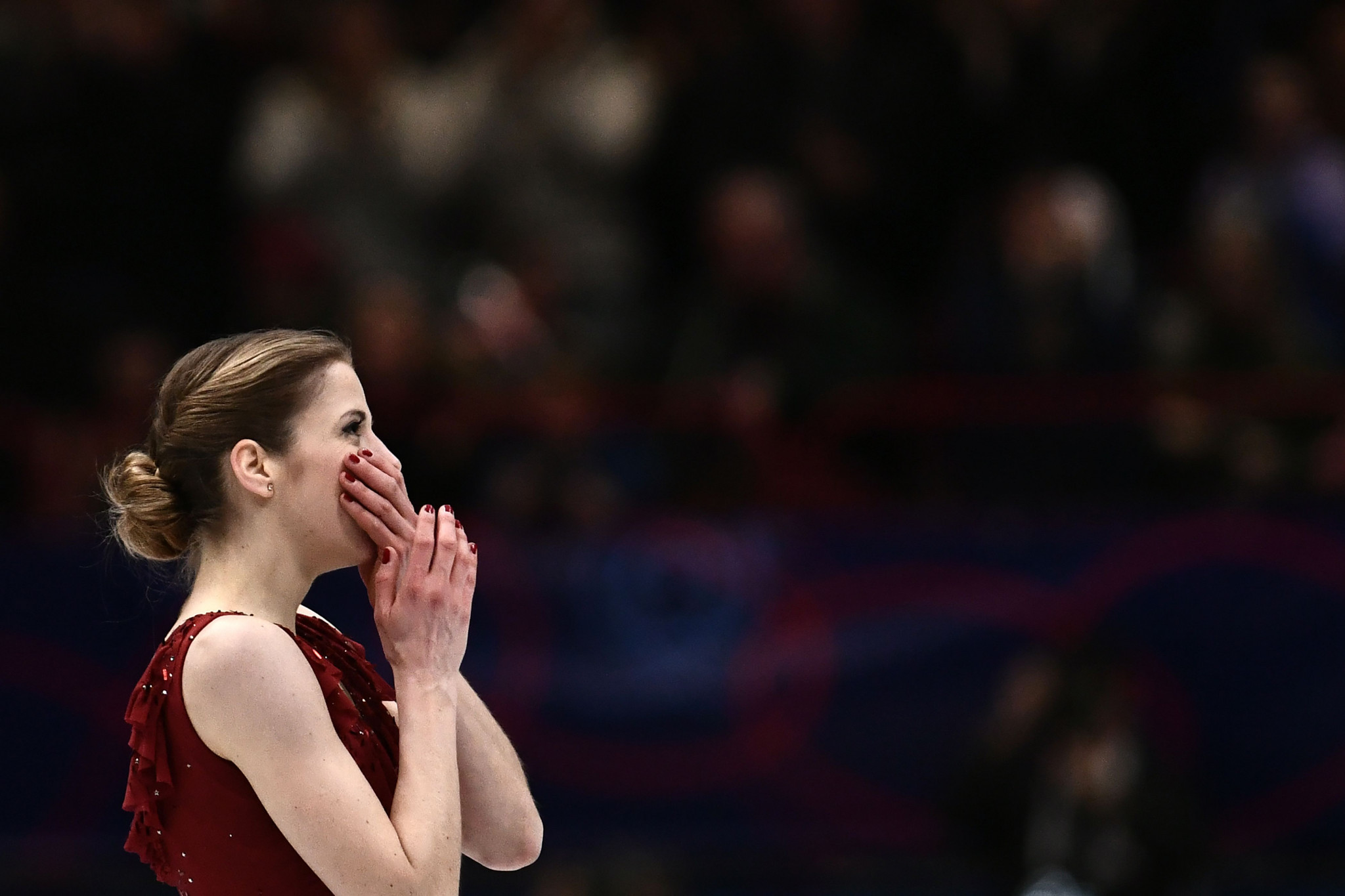 The 2012 world champion achieved a personal best at the Mediolanum Forum, dancing to "Ne me quitte pas".

She landed a triple flip-triple toeloop, a triple loop and a double Axel and displayed level-four spins and footwork as she scored 80.27 points from the judges.

"I am amazed and happy and joyful to be here," said Kostner, the Olympic bronze medallist at Sochi 2014 who came fifth at Pyeongchang 2018 last month.

"For me it's a big honour, like a big cherry on the cake.

"I already felt amazing even before my performance because skating in my home country is so, so special and so emotional.

"I could feel the support and the passion.

"I remember, 15-years-ago when I started to compete internationally, nobody came to watch figure skating in Italy and now we fill up this big venue."

The performance of the 31-year-old five-time European champion meant Russia's reigning Olympic gold medallist Alina Zagitova had to make do with second position at the halfway stage.

Performing to "Black Swan", the 15-year-old Pyeongchang winner landed a triple Lutz-triple loop combination, a triple flip and a double Axel as she scored 79.51.

Japan's Satoko Miyahara, the 2015 world silver medallist, is in third position on 74.36.

Russia's Evgenia Tarasova and Vladimir Morozov are second on 81.29 and France's Vanessa James and Morgan Cipres are third on 75.32.

The men's short programme will take place tomorrow when the pairs event will also reach its conclusion.

The women's free skate is set for Friday (March 23).