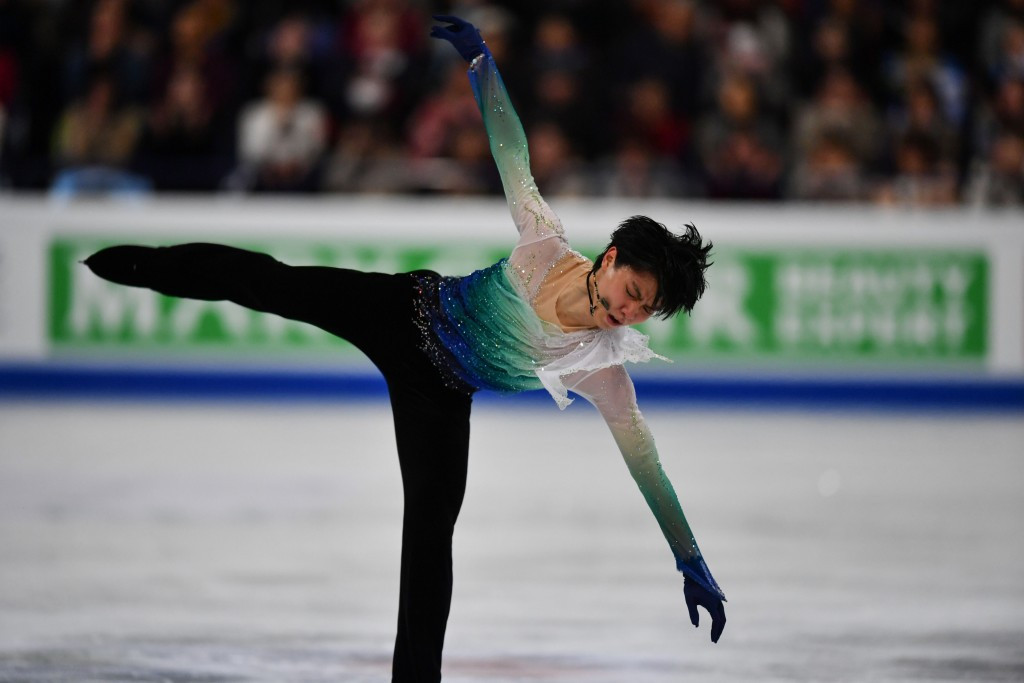 The 22-year-old had trailed in fifth place after the short programme but a performance topped by four quadruple jumps propelled his recovery in the Hartwell Arena.

It came in a Japanese 1-2 finish in which 19-year-old Shoma Uno scored 319.31 for a first World Championship medal.

It marked the first time Asia has claimed all three medals's in the men's individual event - a good sign before next year's Winter Olympic Games in Pyeongchang.

It proved a disappointing day for two-time defending champion Javier Fernandez of Spain.

He went into the free-skating final in the lead but dropped to fourth after falling during a free skate riddled with uncharacteristic errors.

It marked a contrast from last year's event in Boston where Hanyu threw away a 12-point lead over Fernandez after the short programme.