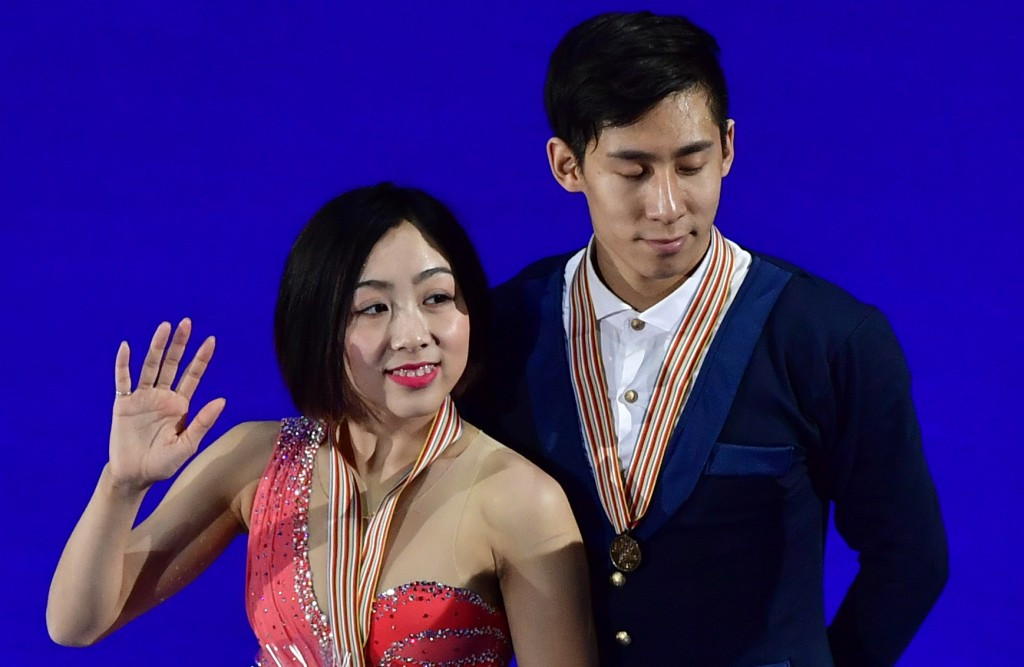 Sui Wenjing and Han Cong overcame a fall to win a first global title at the World Figure Skating Championships in Helsinki today.

The Chinese duo had finished second in 2015 and 2016 at the season's showpiece event but a superb display of acrobatics proved too good for their rivals.

It came after Sui, who fell with a mistimed landing midway through, underwent surgery on both her feet early last year.

They won by just 1.76 points over Germany's Aliona Savchenko and Bruno Massot at the Hartwell Arena.

"It was a very moving performance and I think the audience could feel our emotion and our story in this programme," said 24-year-old Han.

Evgenia Tarasova and Vladimir Morozov of Russia took bronze with 219.03.

Javier Fernandez also made a perfect start in his bid for a third consecutive men's singles world title after a near-immaculate short programme earlier in the day.

He landed a quadruple toeloop-triple toeloop combination, plus a quad salchow, to comfortably take the lead.

The score comfortably improved upon his 104.25 personal best set when winning the European title in January and was within two points of Yuzuru Hanyu's world record.

Shoma Uno of Japan lies second with 104.86 going into the free skate on Saturday (April 1).

Japan's Olympic gold medallist Hanyu had to settle for fifth with 98.39.

The World Championships is being held in Finland’s capital for the third time, having also taken place there in 1983 and 1999.

In total, 193 skaters from 36 ISU members are competing.