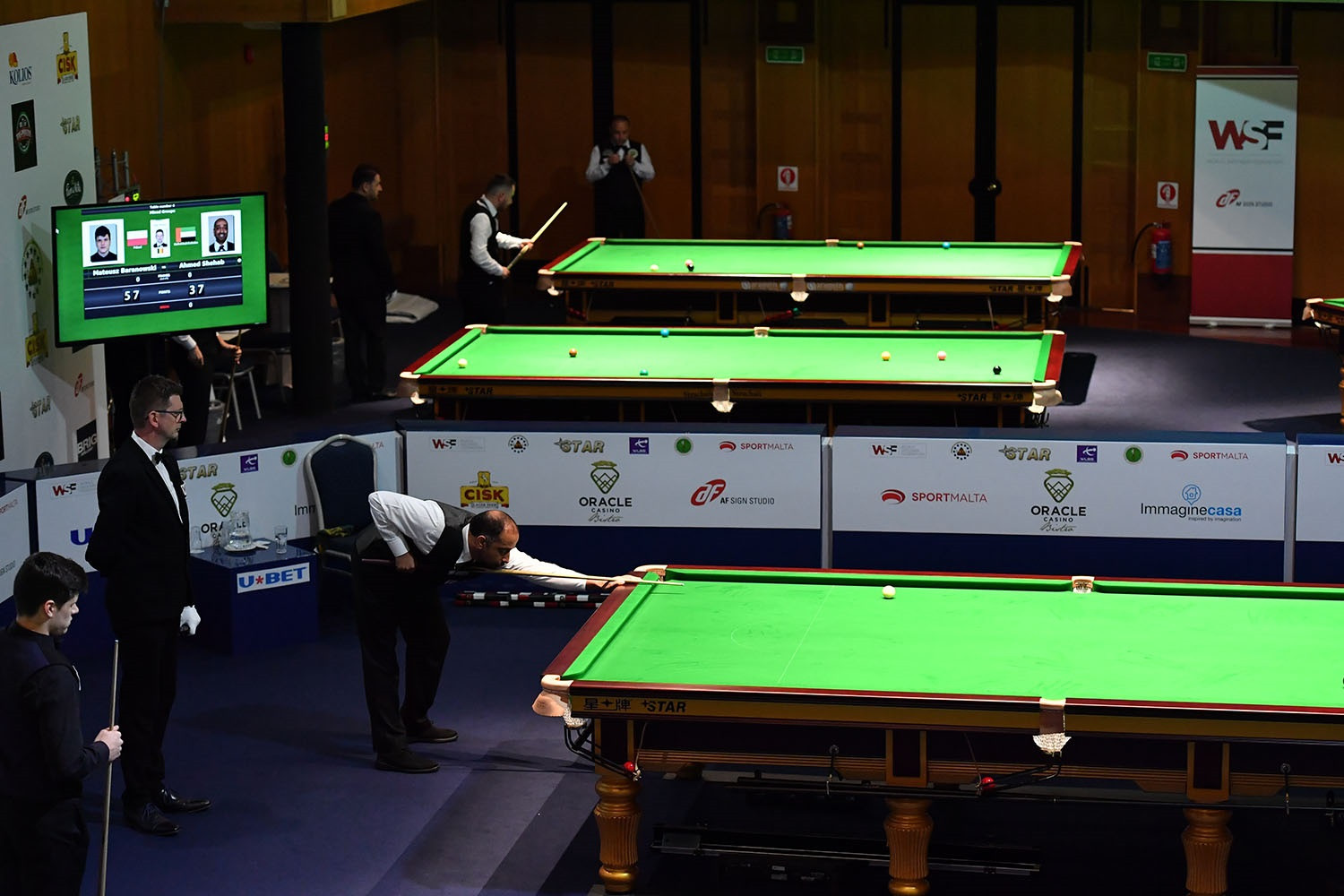 The World Snooker Federation (WSF) have confirmed the draw for the knock-out stage of their inaugural World Championships in Malta.

The draw follows the conclusion of the round robin stage, which saw the 90-strong field reduced to 54 players at the Dolmen Hotel.

The top ranked group winners have been automatically seeded in the last 32, with 18 groups contested.

Among them are Poland’s Adam Stefanow and Belgium’s Kevin Hanssens, who progressed without the loss of a frame to date at the tournament.

England’s David Lilley and Scotland’s Ross Vallance are the only other players to hold that record, with the duo also advancing to the last 32.

The top three players in each group will all feature in the knock-out stage.

Reanne Evans, the 11-time world women’s snooker champion, advanced from her group into the last 64.

The English player will now stake on Wales’ Kishan Hirani for the right to progress to the final 32 players.

Evans is the final woman in the field at the mixed gender event.

The Championship will see the semi-finalists earn automatic entry to the first round of qualifying for the World Championships.

The World Championships will be played at the Crucible Theatre in Sheffield later this year.