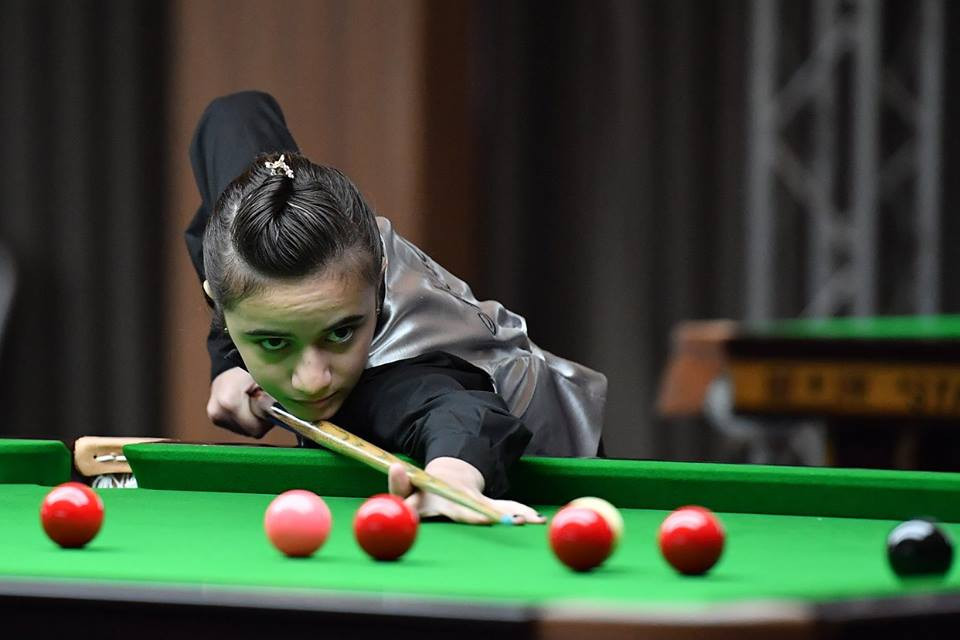 Nicolly Cristo, a 13-year-old female player from Brazil, is providing one of the talking points in the World Snooker Federation's inauguaral World Championships now underway in Malta.

As the field of 90 players has set about round-robin matches in the last two days for this ground-breaking mixed tournament - that also involves a quota of senior players - Cristo has twice shown her huge potential despite being unable to force a win.

Yesterday she took on Wales' Darren Morgan, runner-up in the World Senior Championships that concluded at the same venue of the Dolmen Hotel on Saturday (March 17) night.

Cristo lost that match 3-0, but today she went 2-0 up against Mihai Vladu of Romania before losing 3-2.

Cristo is one of five women involved in a Championship whose semi-finalists will earn automatic entry to the first round of qualifying for the World Championships that will be played at the Crucible Theatre in Sheffield later this year.

England’s Rebecca Kenna and 11-times world women’s champion Reanne Evans took up their qualification after finishing in the last eight of the Women’s World Championships that concluded at the same venue on Saturday night.

Kenna lost 3-2 to Thailand’s Yuttapop Pakpoj yesterday, and was beaten by the same score today in her match against Sweden’s Belan Sharif.

Evans lost 3-0 to Poland’s Mateusz Baranowski yesterday, and was beaten 3-1 by Ireland’s Noel Landers today after going 1-0 up.