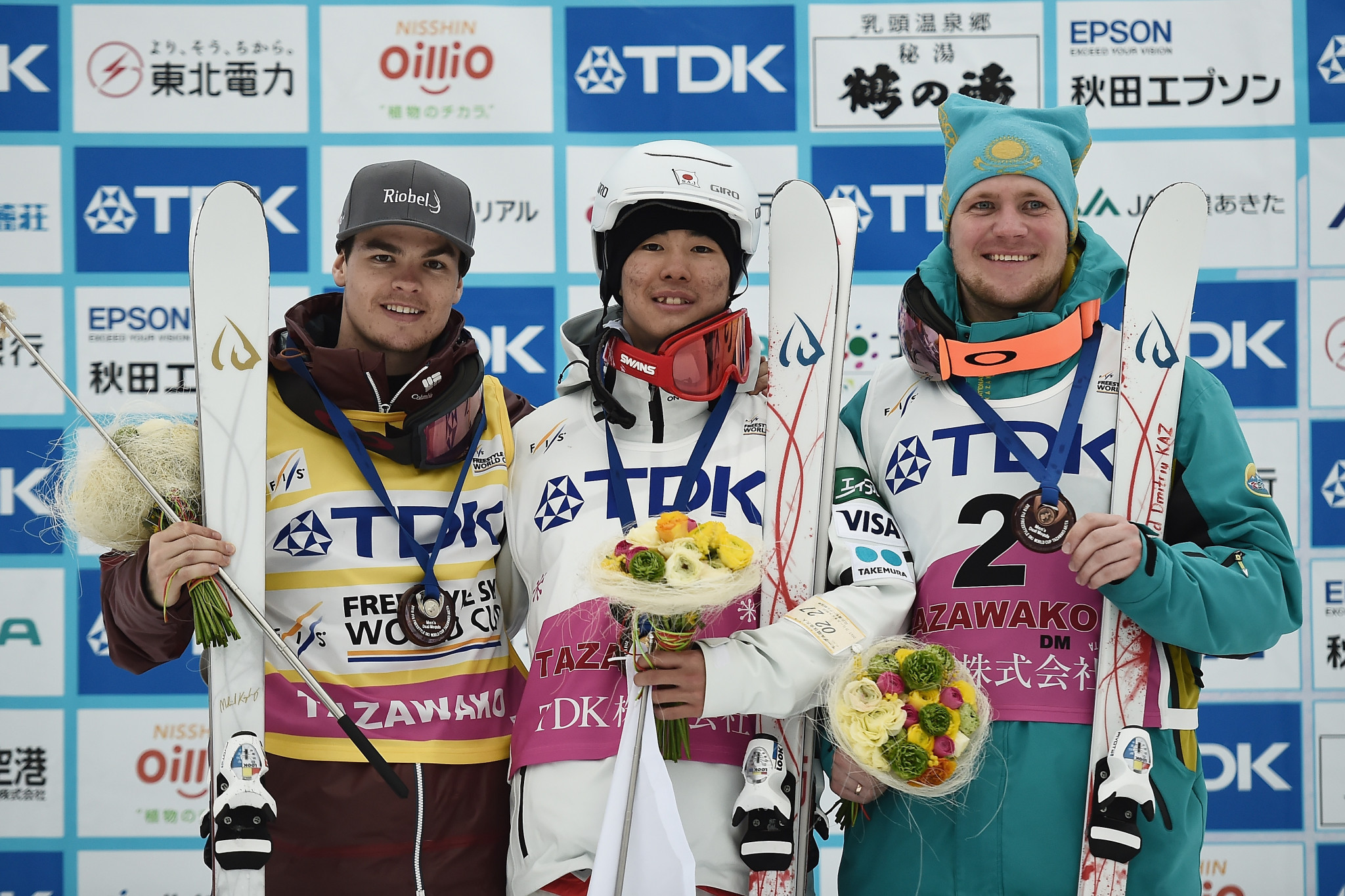 Ikuma Horishima beat Olympic champion Mikaël Kingsbury of Canada for the second day in a row as the Japanese triumphed in the dual event at the International Ski Federation Moguls World Cup in Tazawako.

Horishima got the better of the formidable Canadian in the moguls competition and repeated the success today with victory over the Pyeongchang 2018 gold medallist in the big final.

The podium replicated that of the moguls event as Kazakhstan's Dmitriy Reiherd took third place after he overcame Frenchman Benjamin Caviet in the small final.

Kingsbury's dominant streak was broken by the Japanese yesterday and the 25-year-old was unable to return to winning ways.

He remains in control of the overall moguls World Cup standings, though, as he currently has 840 points, 300 more than Reiherd in second.

Horishima is up to third on the standings on 441 points having claimed back to back triumphs on home snow.

In the women's event, American Tess Johnson earned victory as she beat Australia's Britteny Cox in the gold medal run.

Laura Grasemann of Germany finished third having defeated Hinako Tomitaka of Japan in the small final.

Cox was able to move ahead of Johnson's team-mate Jaelin Kauf in the race for the overall crown but still trails Olympic champion Perrine Laffont of France.

Laffont, fifth today, has 527 points, 60 in front of her Australian rival.