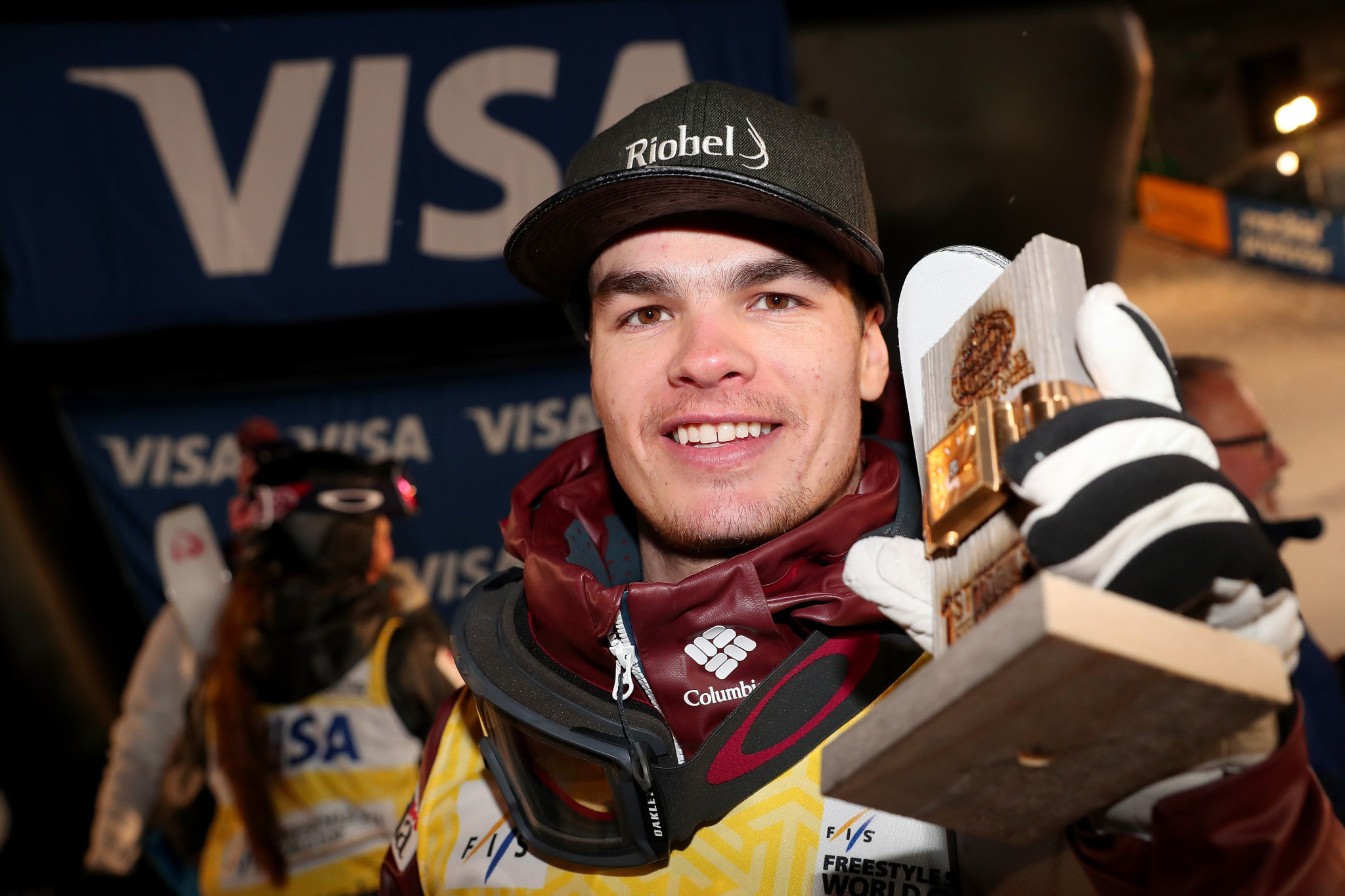 The reigning World Champion’s latest victory cements his claim to be considered one of the greatest moguls skiers of all time but he says he only has eyes on Pyeongchang 2018.Sochi 2014 silver medallist Kingsbury, from Canada, claimed his sixth gold medal of the season in scoring an unbeatable 88.80 points.

This total was five more than Dmitry Reikherd, of Kazakhstan, who came second on 83.66.

The 80 points added earned by Reikherd means he retains second place behind Kingsbury in the overall leaderboard.

After his latest victory, Kingsbury said: “On top of the course I kept hearing the times and I thought ‘Oh man, these guys are going for it.

"All those guys are making me work very hard for this.

“For sure there was a little bit less pressure today.

“I’m not skiing for the [all-time moguls wins] record anymore.

“That's behind me and now I’m just getting ready for the Olympics.

“Tonight was the kind of run I want to do there and it was close to the level I want for the Games.”

Australia’s Matt Graham claimed his third bronze of the season thanks to a points total of 82.37.

After her silver medal yesterday, Jaelin Kauf moved up to the gold medal place with a points total of 81.37, 0.99 ahead of yesterday’s gold medallist Laffont, who finished second.

Schild again took bronze, despite registering the best jumping scores of the day.

Following her gold medal, Kauf, who now leads the moguls rankings by 51 points, said: “It was an incredible day.

“Qualifying in first place was a huge confidence booster, and then I just tried to step up my run each time.

“And to win here in Deer Valley in front of my friends and my family is unbelievable.

“Two days of competition in a row is a little tiring, but the course is still really fun so I enjoyed it.

"The hardest part of the day was really watching Perrine [Laffont] go after me in the super final.

“I was just hoping that what I put down was better than hers.

“She had a solid run, but I think my speed helped in the end.”

The moguls athletes will now head to Tremblant, Canada, for the next event, which takes place on January 20.