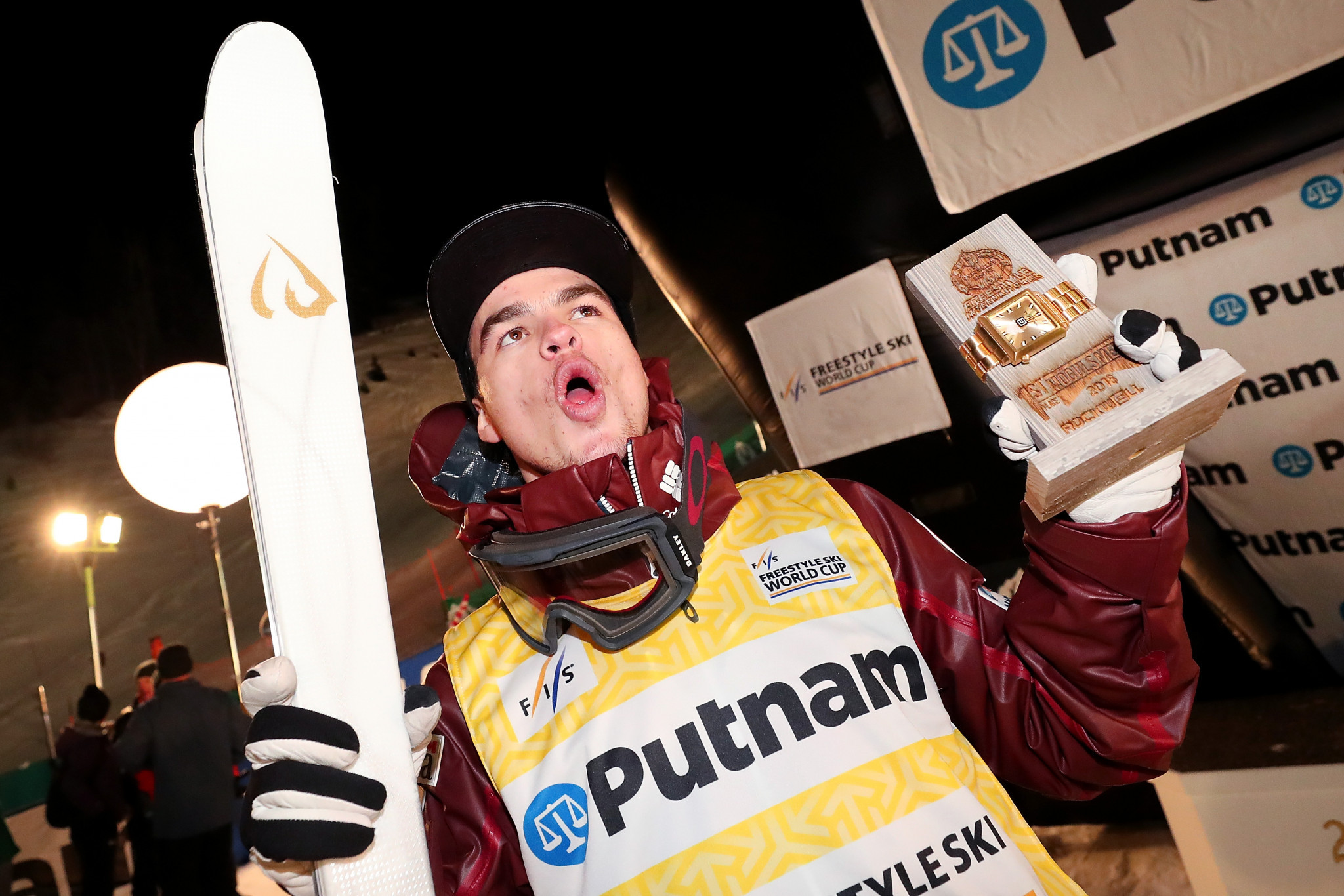 Kingsbury, who won Olympic silver at Sochi 2014, recorded his 12th consecutive victory, giving him 47 career wins overall, more than any other skier.

He has passed the record of Americans Hannah Kearney and Donna Weinbrecht.

A similarly impressive statistic is that, with just 85 competitions under his belt at the age of 25, the Canadian has a win percentage of 55 per cent.

The defending World Cup champion performed the last run of the day at the United States venue, collecting 87.33 points, pushing Japan's Sho Endo down into silver.

However, Endo, who collected 84.44 points, will be pleased to have finished on the podium for the first time in nearly two years.

Bradley Wilson of the US finished with the bronze medal thanks to a points total of 82.61.

Kingsbury's victory today means he continues to lead the rankings on 500 points, 220 ahead of Dmitriy Reiherd of Kazakhstan, a silver medallist at the 2015 Winter Universaide in Granada, who could only finish sixth in today's event.

After his record-breaking victory, Kingsbury said: "Could I have imagined this back when I was a rookie?

"It was always my dream to be the best, it was always in the back of my head somewhere, but it's just crazy.

"Things have just been working.

"I've been working really hard with my team-mates and my coaches and everyone and I've gotten to a point where I believe in myself so much in the start gate and I've gotten so good at controlling my emotions.

"I feel very clutch in competition, and it's fun.

"The guys are skiing so strong this year.

"It's putting me on the edge of what I can do every race and I've got to be on top of my game every time.

"Competing like this, when there are so many guys skiing so good…it's not easy to win, but it's more satisfying."

The women's event took place earlier in the day with France's Perrine Laffont claiming the gold medal thanks to a points haul of 81.88.

The 19-year-old saw off competition from pre-race home favourites Jaelin Kauf and Morgan Schild, who won silver and bronze respectively, to finish on the podium for the first time this season.

Despite only winning silver in today's race, Kauf still leads the rankings on 320 points.

Following her victory in Deer Valley, Laffont said: "It's crazy.

"It was always my dream to win at Deer Valley, and now with my first podium here I did it.

"It's been hard to get back to the top of the podium.

"I had a complicated start to the season, with a lot of pressure.

"So over Christmas I was working on my mentality, trying to remember to just have fun on the course.

"When I enjoy skiing, I ski well."