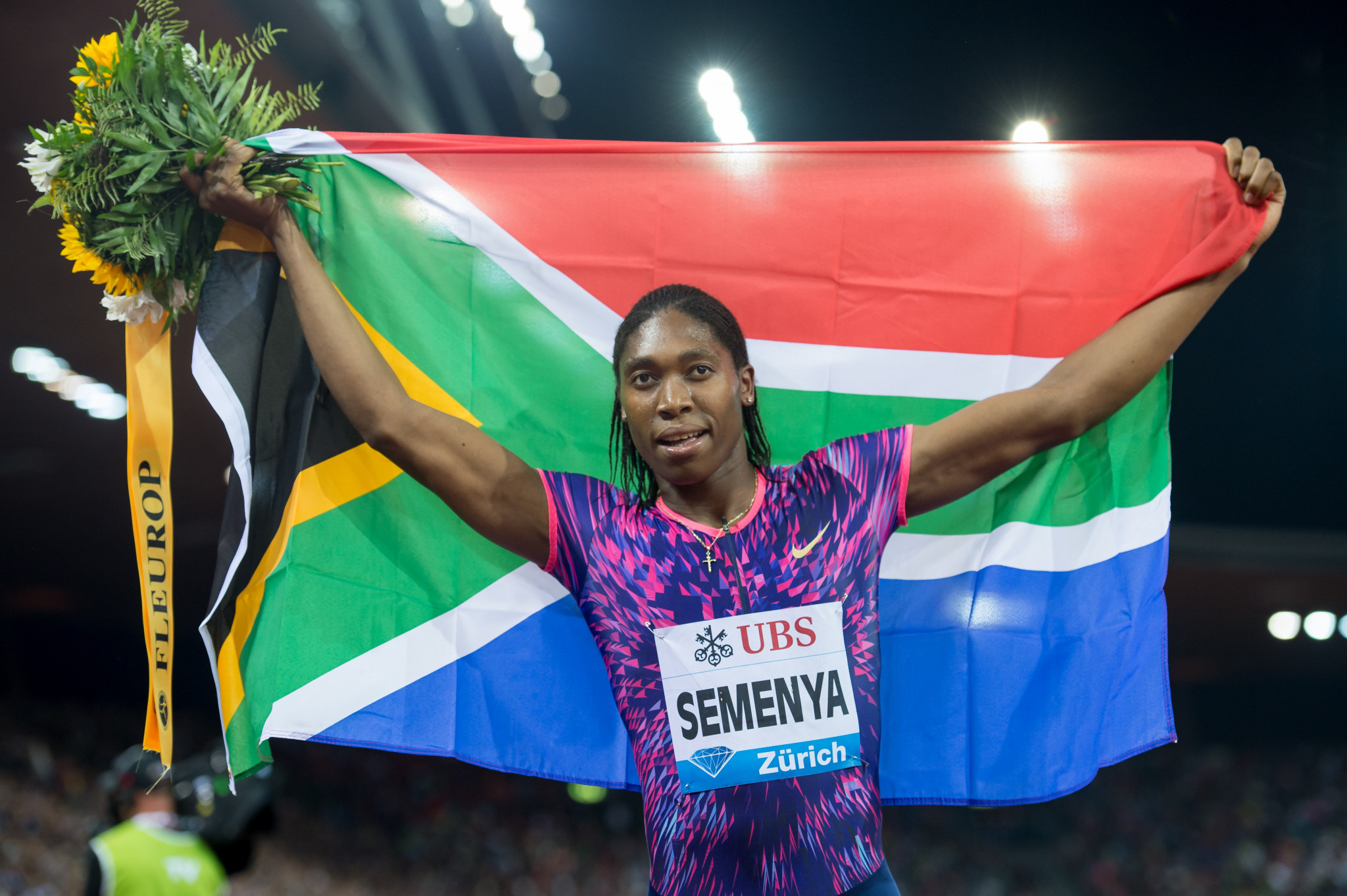 Two-time Olympic gold medallist Caster Semenya is among the leading athletes to have been selected to compete for South Africa at the Gold Coast 2018 Commonwealth Games.

She tried to achieve the same double at last year's World Championships in London, winning bronze in her lesser favoured longer event before securing a third world title over two laps.

Semenya, who continues to generate attention for her hyperandrogenism, a condition giving her naturally higher levels of testosterone, won world 800m titles in Berlin in 2009 and Daegu in 2011 to go with her Olympic victories at London 2012 and Rio 2016.

Luvo Manyonga, the world champion and Olympic silver medallist in the long jump, is another notable name in the athletics line-up along with two-time Commonwealth Games gold medal-winning javelin thrower Sunette Viljoen.

Wayde van Niekerk, the current Olympic and world champion and world record holder over 400m, is a stand-out omission after sustaining a knee injury during a celebrity touch rugby match in October.

While athletics and cycling account for 18 athletes each, South Africa's biggest representation comes in aquatics with 28 - 23 swimmers, three divers and two Para-swimmers.

Among the swimmers are Cameron van der Burgh and Chad le Clos, the London 2012 Olympic champions in the 100m breaststroke and 200m butterfly respectively.

It will be looking to improve on South Africa's performance at Glasgow 2014, where the country finished seventh with a total medal count of 40 - 13 gold, 10 silver and 17 bronze.

"Many hours of planning have gone into preparing this team," Sam said.

"Two years out from the Tokyo Olympics, these Games are a great platform to see where our sportsmen and women, both established and developing, are on the world stage.

"You will see that it's a great blend of experience and raw talent and I'm confident we'll once again be right up there with the cream of Commonwealth countries and looking to improve on our seventh place on the medals table in Glasgow four years ago.

"I urge every athlete to go to Australia and be the very best athlete they can be and fly the rainbow nation's flag high."

Ezera Tshabangu, project manager and Chef de Mission for the team, added: "The selection process has been a tough one given that for the first time, the CGF (Commonwealth Games Federation) had a hybrid selection process where some sports had open selection while some had specific qualification criteria set by the IFs (International Federations) and CGF.

"The High Performance Commission played a key role in assessing every name put forward for consideration before making recommendations to the Board.

"We wish all the selected athletes and officials the best in their final months of preparation for the Games and trust that the team will meet the objective of improving the seventh place position attained in the Glasgow 2014 Games."

"I believe we have a strong team with established stars who have excelled exceptionally on the international arena including at renowned events such as the Olympics, Paralympics and previous Commonwealth Games as well," he said.

"It is my hope that the team improves on the medal count South Africa achieved in Glasgow in 2014 so that we continue to progress in our performances and build a stronger brand on the international front."

The men's sevens rugby team is due to be announced at the end of February.

Other team sports will see the women's rugby sevens, men's and women's hockey sides and the women's netballers in action while there are also team disciplines in track cycling and triathlon.

Two sports, Para-table tennis and Para-powerlifting, both have just one competitor with Theo Cogill and Ricardo Fitzpatrick respectively.

Aquatics boasts the two youngest members of the team, in the form of 15-year-olds Luan Grobbelaar and Dune Coetzee, while lawn bowler Princess Schreuder is the oldest competitor at the age of 67.

Since being admitted back into the global sports family, South Africa has sent teams to six Commonwealth Games around the globe starting with the 1994 edition in Victoria in Canada.

During this period, the nation has finished fifth on the medal table on three occasions.