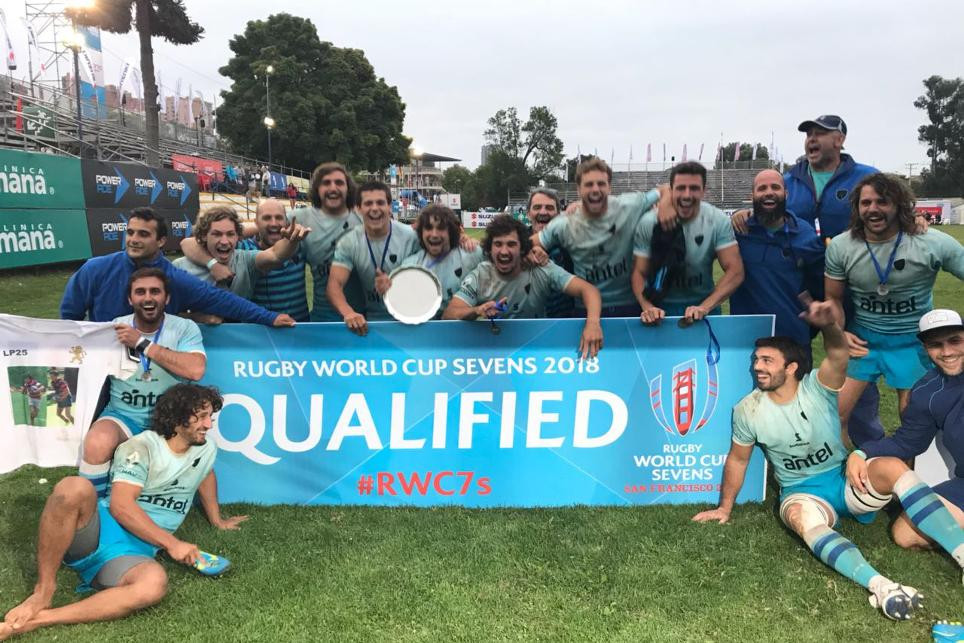 Chile and Uruguay have successfully come through the two-tournament Sudamérica Rugby Sevens Series to complete the 24-strong line-up for the men’s competition at this year’s World Cup in San Francisco.

They join Argentina to give South America three participants, while North America will be represented by Canada, Jamaica and the United States.

Both countries were in a strong position heading into the final leg of the series in Viña del Mar in Chile, following their performances at the Punta del Este Sevens in Uruguay earlier this month.

For the second consecutive tournament, Uruguay managed to reach the semi-finals, ensuring they finished as the top-ranked South American team in third place overall - behind two of the invited teams in South Africa and France.

"We are extremely happy to have qualified," Uruguay coach Luis Pedro Achard said.

"This came about after a lot of very hard work from players, staff, officials and the 15s coaching staff.

"We are all doing our best to take Uruguayan rugby to the top.

"It is not a small thing for such a small country, with a small player base, to qualify for RWC (Rugby World Cup) Sevens.

"And, in two weeks, our national team, with a totally different squad, will play against Canada for a place at Rugby World Cup 2019."

All three of Uruguay’s wins in Group C at the Viña del Mar Sevens were tight affairs with a winning margin of five points or less in each.

It was followed by a 14-7 victory over Brazil to set up a semi-final encounter with South Africa that they lost 26-7.

Ireland then pipped Uruguay to the bronze medal after winning the third-place play-off 12-5.

Although Chile fell short of the heights that saw them claim the runners-up spot in the opening leg in Punta del Este, a seventh-place finish was enough to see them finish fourth in the series and win the second ticket to the World Cup.

They progressed through to the knock-out stages with a second-place finish in Group B, having beaten Canada 38-0 and Argentina 17-15 before losing 22-19 to Germany.

France proved too strong for the hosts in the quarter-finals with a 14-7 victory, but Edmundo Olfos’ side had already done enough to qualify for their first RWC Sevens tournament since 2001.

Following a 14-7 defeat to Argentina, a 26-12 win over Brazil in the seventh-place play-off was an ideal way to sign off.

"We are very happy; we haven’t qualified for a World Cup in 17 years and we have reached that goal," Chile captain Felipe Brangier said.

"It was a tough two weeks.

"You feel the support at home but that also increases the pressure.

"We did not have a good tournament at home as we would have loved to finish top in South America; we missed that chance but are delighted with going to RWC Sevens, which was our main goal."

The South African side, comprising players from their national sevens academy, had not had it all their own way on day one in Group A, losing 17-5 to Ireland and only managing a 14-14 draw against Brazil, but they came good in the end to strike gold.

Having beaten Uruguay 26-7 in the semi-finals, a 34-7 victory over France saw them claim their second tournament and the overall Sudamérica Rugby Sevens Series title.

Argentina, who had already qualified for the 2018 RWC Sevens after reaching the quarter-finals of Moscow 2013, had to settle for fifth place in the Viña del Mar Sevens.

Uruguay and Chile will also travel to Hong Kong for the 2019 World Rugby Sevens Series qualifier in April.

As the top-ranked South American team, Uruguay have received an additional invite to compete in the Las Vegas and Vancouver rounds of the World Series in March.