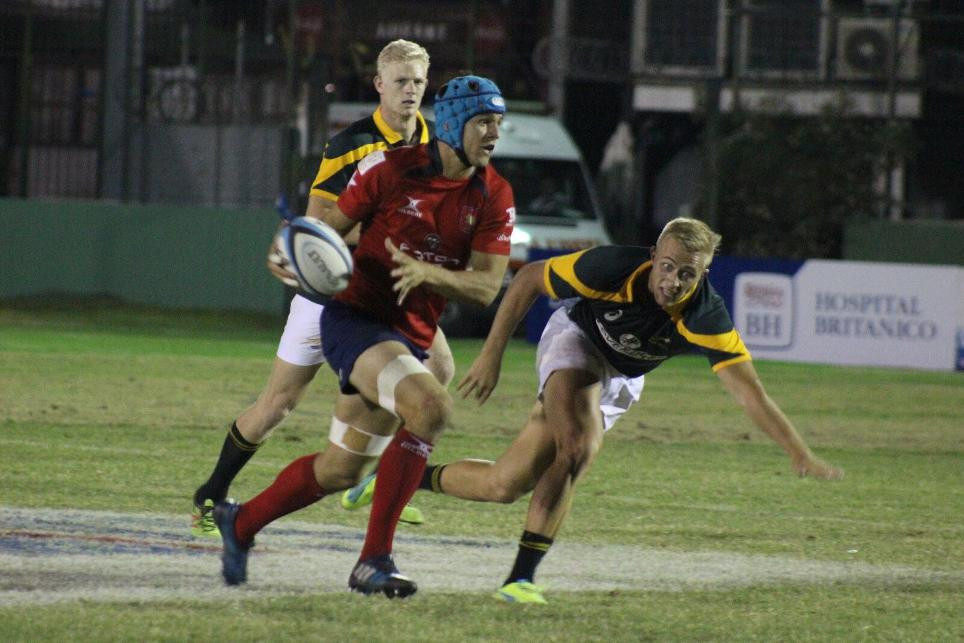 Chile and Uruguay lead the race to qualify for the Rugby World Cup (RWC) Sevens 2018 after good performances during the first round of the Sudamerica Rugby Sevens Series.

A South African team, made up mostly of academy players, took the Punta del Este Sevens title at the Domingo Burgueño Miguel Stadium in Uruguay.

Despite losing their final to South Africa, Chile still have a good chance of qualifying for the RWC Sevens having accumulated 19 points over the course of the series, and are top of the South American teams in the standings with two qualifying out of Brazil, Chile, Colombia, Paraguay and Uruguay.

Uruguay, who lost 22-17 to France in the third-place play-off, are the second-best South American side in the rankings with 15 points to their name.

Chile were the only team to go unbeaten throughout the pool stages before beating Germany, one of six invited teams, and then hosts Uruguay to set up a match with South Africa in the final.

The South African team took the title by winning the final comprehensively 21-5, exacting revenge on the Chilean Los Condores team that had beaten them 19-10 in the pool stages.

South Africa had come through matches against Paraguay, Germany, Ireland and France to reach the final.

After the match, South Africa coach Marius Schoeman said: "We only had nine fit players left for the final match and given the fact that Chile beat us on day one, it was a remarkable effort by the squad.

"They really stepped up today.

"Our wins over Ireland in the quarters and France in the semis were due to excellent play by the guys and we did not let ourselves down in the final either."

Brazil, currently third on 10 points in the standings, would appear to be the only side in a position to challenge Chile or Uruguay for a RWC 2018 spot as the series moves to Vina del Mar, Chile, this weekend.

All eight quarter-finalists from RWC Sevens 2013 in Moscow, namely New Zealand, England, Fiji, Kenya, South Africa, Wales, Australia and France have qualified automatically for the 2018 edition of the tournament as did hosts the United States.

Under the agreed qualification process, the top four teams outside of those nine at the 2016-17 series would book their place in San Francisco, meaning that Scotland, Canada, Argentina and Samoa are also confirmed.

The remaining 11 places are to be filled by teams qualifying through regional competitions which run until April 2018.

The World Cup will be held in San Fransisco from July 20 to 22, with 24 teams in attendance.

South Africa will face Brazil, Ireland and Paraguay in Pool A of the second and final South American qualifiers in Chile to be held at the Mackay School in the region of Valparaiso, on Saturday (January 13) and Sunday (January 14).