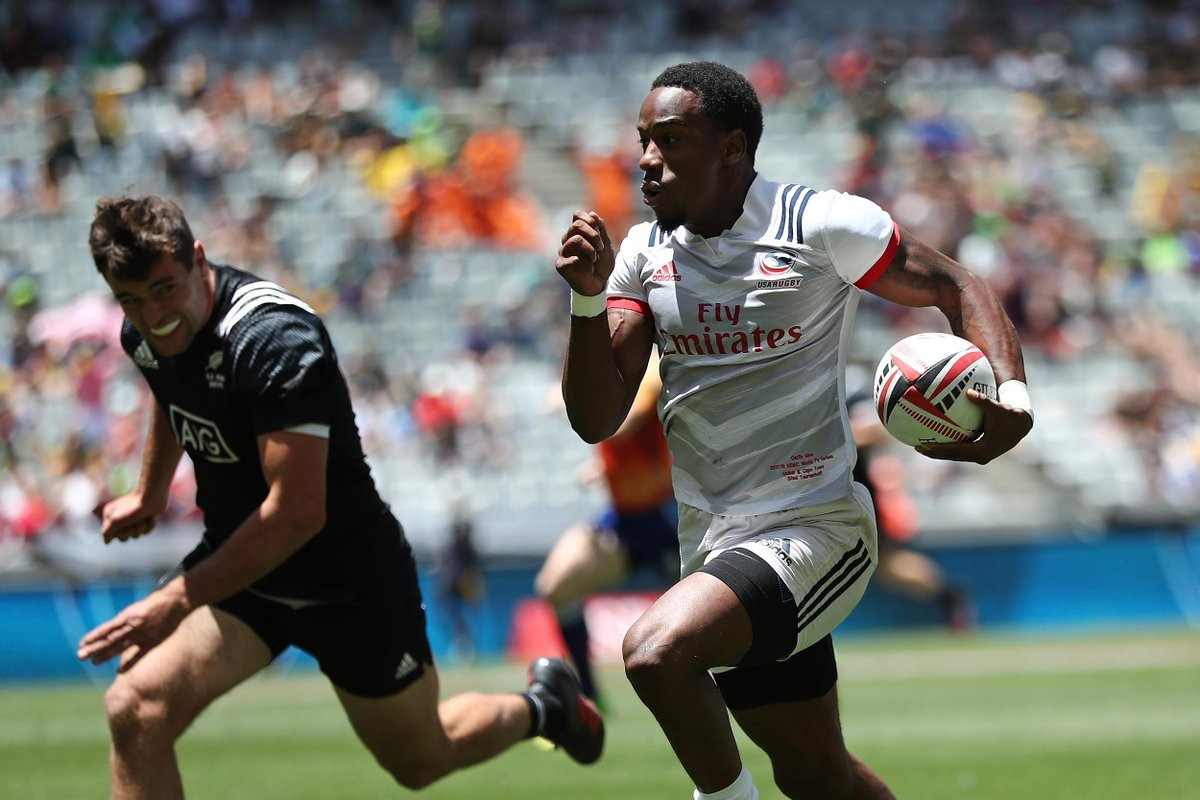 Hosts and reigning series champions South Africa are one of three unbeaten teams heading into the knockout stages of a sold-out World Rugby Sevens Series in Cape Town.

The Blitzboks, England and United States all progressed to the quarter-finals unbeaten after taking three wins from three in the pool stages at the Cape Town Stadium.

South Africa are targeting their second tournament win in as many weeks after taking glory in the opening round of the World Series in Dubai on Sunday (December 3).

A highlight of the day for the 47,000 strong home crowd was Seabelo Senatla becoming the fastest player to reach 200 World Series tries, achieving the milestone in just 35 tournaments.

"It's been a surreal day for me," said Senatla.

"The reception I got was amazing today and to play in my home town was incredible.

"The crowd was sensational."

The moment @Seabelo_Senatla hit 200 tries, becoming the fastest player ever to do so in just 35 tournaments pic.twitter.com/ZiNZZiOJuN

The big surprise was that Australia failed to reach the knockout stages.

England, who beat South Africa 19-17 in the final of this last year, conceded just 14 points in the pool stages but head coach Simon Amor claimed they can do better.

"I didn’t think we played particularly well but there’s a lot of heart shown which is key in this game," he said.

"The effort and the attitude was excellent, but our sevens wasn’t as good as it should be."