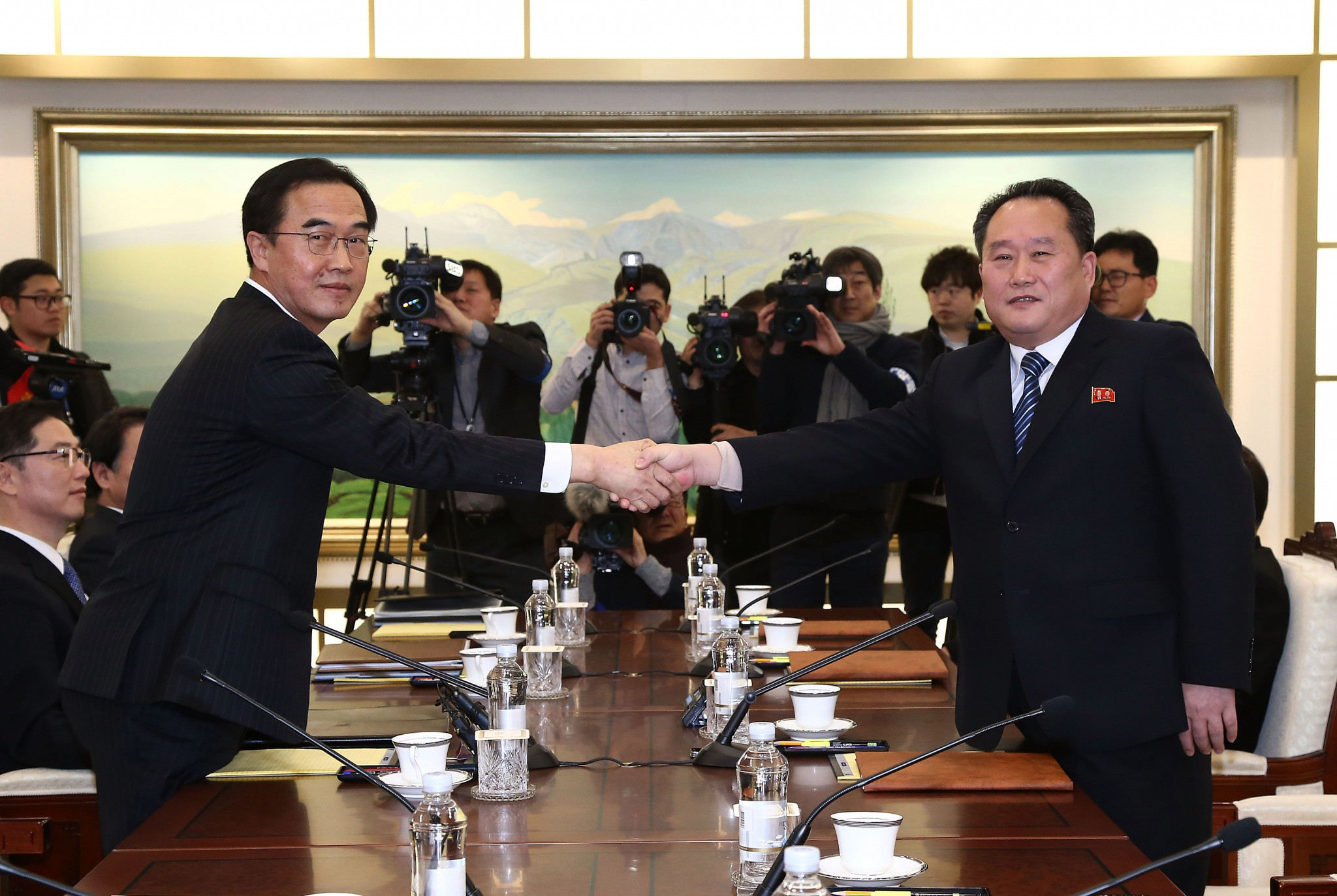 A "high-level" delegation is due to be sent by North Korea to next month's Winter Olympic Games in the neighbouring South following a face-to-face meeting between the two countries today.

The announcement was made by South Korea following the first high-level talks between the two nations for more than two years.

The North Korean delegation is expected to include athletes, officials and supporters.

This marks a major diplomatic breakthrough after months of wrangling over whether North Korea would boycott and present security concerns during the Games.

Talks took place between two five-member delegations in the border village of Panmunjeom.

It was also revealed that the South Korean delegation, headed by Unification Minister Cho Myung-gyun, proposed that athletes from both Koreas march together at the Opening Ceremony as they did at the 2000 and 2004 Summer Olympics in Sydney and Athens respectively and the Winter Games at Turin 2006.

They also requested family reunions between those divided ever-since the Korean Peninsula was split in two after World War Two to take place during the Lunar New Year holiday, which falls during the middle of the Games.

A resumption of negotiations over military issues and the North's nuclear programme was also proposed.

In return, South Korea said they would consider the temporary lifting of sanctions to assist the North's participation at Pyeongchang 2018.

The North Korean response to all of these issues is not yet known and talks are still ongoing.

There have been suggestions that North Korea’s leader Kim Jong-un is attempting to improve ties between North and South in a bid to drive a wedge between Seoul and Washington D.C.

If successful, it will still be hailed as a triumph for the International Olympic Committee as they seek to show how the power of sport can build bridges in a divided world.