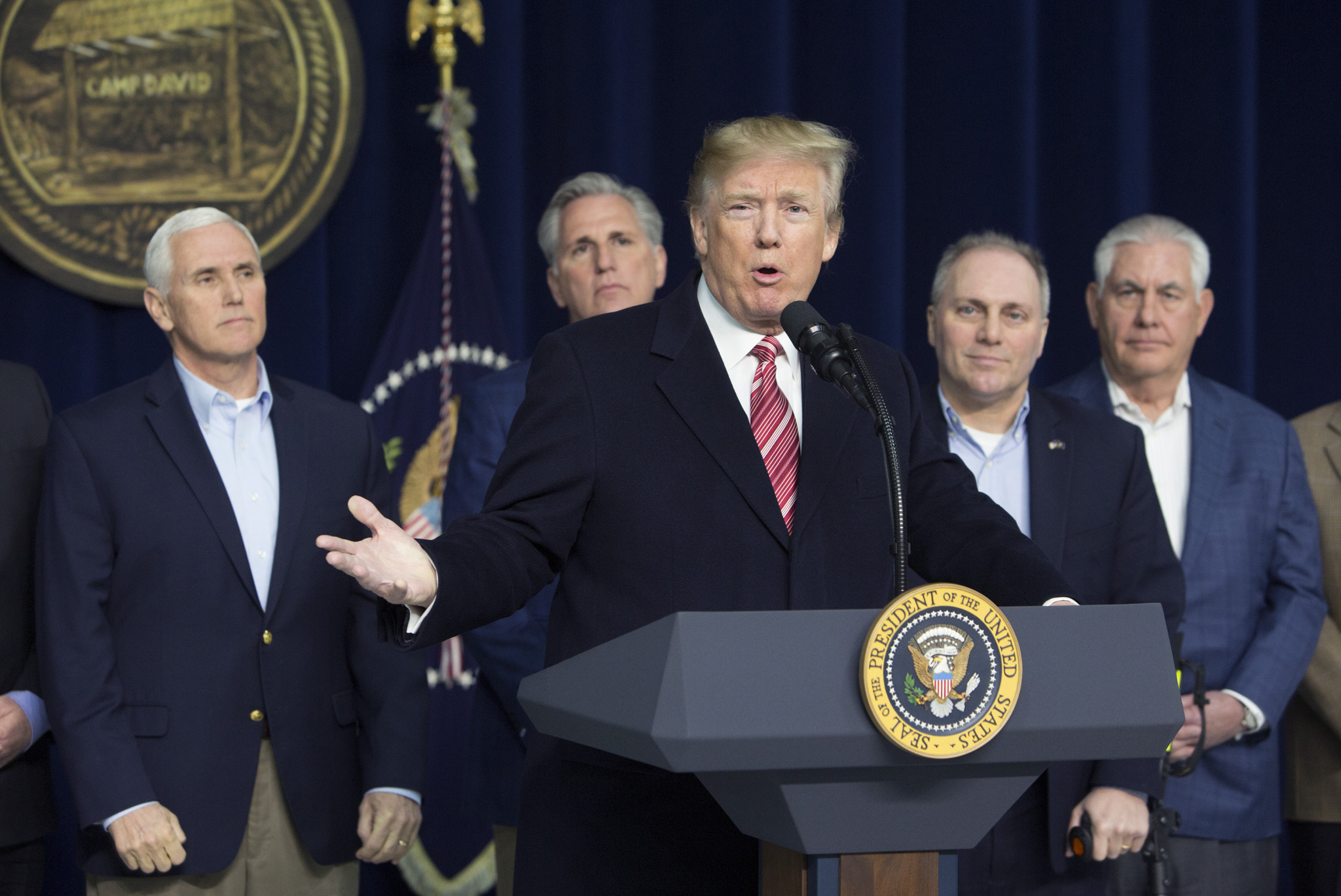 The meeting between the two nations is set to take place on Tuesday (January 9) at the Peace House in Panmunjeom, located in the demilitarised zone which is also known as the Joint Security Area.

North Korea and South Korea have not held official high-level talks since December 2015 following escalating tension in the region.

The speech appeared somewhat conciliatory, given heightened tensions on the Korean Peninsula in recent months.

It followed a series of missile launches by North Korea, which led to a threat to fire missiles towards the United States Pacific territory of Guam.

Trump has now claimed his strong stance on North Korea has helped lead to talks taking place between North and South Korea over participation at the Olympics.

"If we are not involved they wouldn't be talking about Olympics right now.

"They would be doing no talking.

"He [Kim Jong Un] knows I'm not messing around.

"I'm not messing around, not even a little bit, not even one per cent.

The White House confirmed the agreement, adding that the US would send a high-level delegation to the Games.

It is thought that this delegation will include members of Trump's family.

Trump has claimed he is supportive of North Korea participating at next month's Olympics and hopes it will aid relations on the Korean Peninsula.

"I'd like to see them getting involved in the Olympics and maybe things go from there," he said.

"I spoke to the President, as you know, with President Moon Jae-in of South Korea, he thanked me very much for my tough stance and, you know, for 25 years they haven't been using a tough stance.

"I would love to see them take it beyond the Olympics."

According to Kyodo News, both North and South Korea are both set to send five member delegations to the talks on Tuesday.

South Korea's Minister of Unification, Cho Myoung-Gyon, has been claimed to be leading his country's talks.

His North Korean counterpart Ri Son Gwon is expected to head their delegation.

The International Olympic Committee (IOC) and Pyeongchang 2018 have also spoke in favour of North Korean participation.