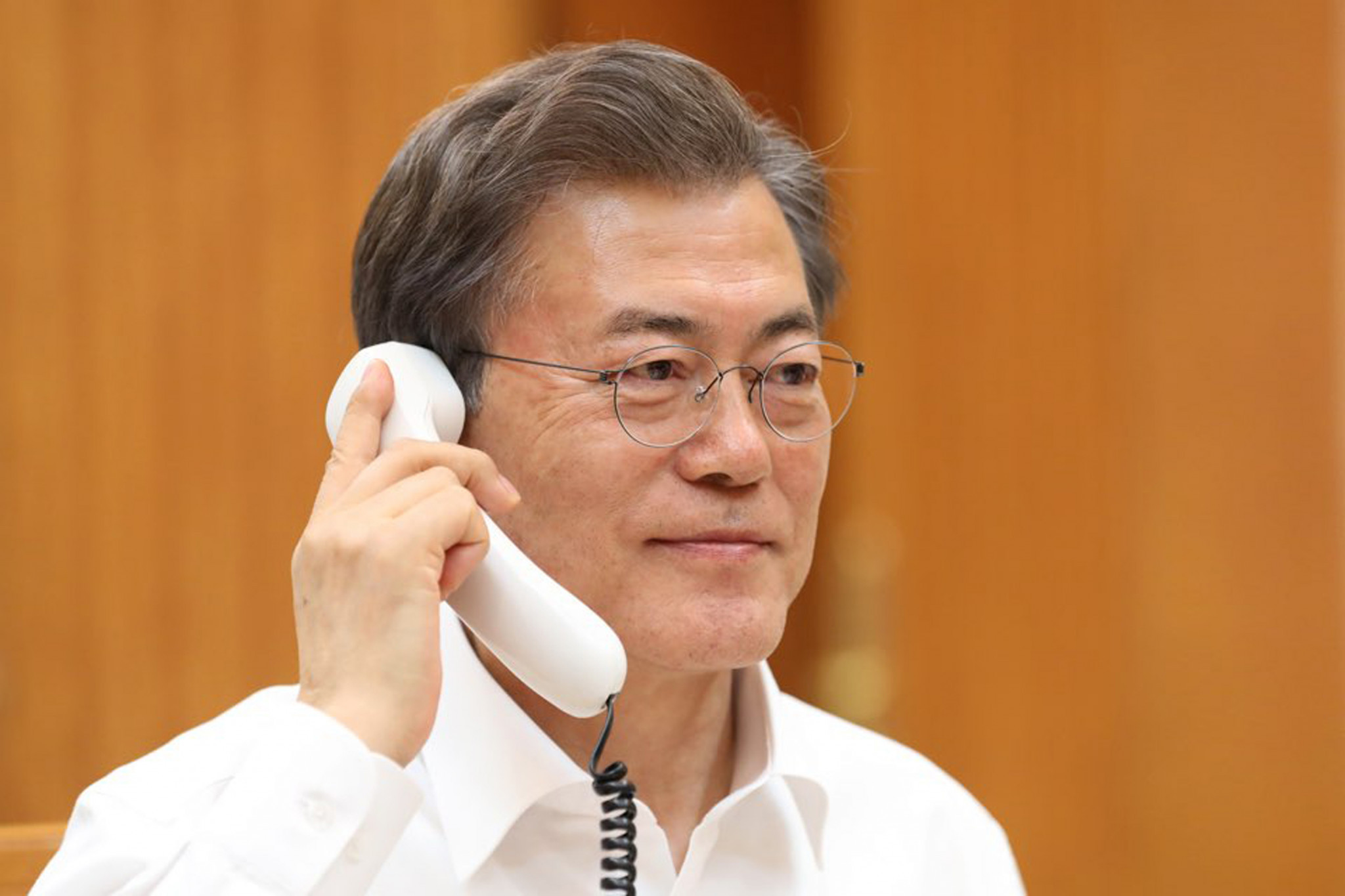 The two leaders spoke in a telephone conversation today, according to Yonhap News, following the reopening of a line of communication between North Korea and South Korea yesterday.

The two countries have not held official high-level talks since December 2015 following escalating tensions in the region, leading to security fears regarding the Winter Olympics and Paralympics.

Both South Korea and the United States appear to now have agreed to halt the exercises during the Games.

"I believe it would greatly help ensure the success of the Pyeongchang Winter Olympic Games if you could express an intention to delay joint South Korea-US military exercises during the Olympics in case the North does not make any more provocations," Yonhap quoted Moon as telling Trump.

The White House confirmed the agreement, adding that the United States would send a high-level delegation to the Games.

It is thought that this delegation will include members of Trump's family.

"The two leaders agreed to continue the campaign of maximum pressure against North Korea and to not repeat mistakes of past," a White House statement read.

"The United States and the Republic of Korea are committed to a safe and successful 2018 Winter Olympic Games in Pyeongchang.

"President Trump told President Moon that the United States will send a high-level delegation to the Olympics.

"The two leaders agreed to de-conflict and our military exercises so that the United States and Republic of Korea forces can focus on ensuring the security of the Games."

Last week, US Defense Secretary James Mattis claimed there were no plans for the country to postpone military exercises scheduled to take place near the Korean Peninsula, but did not totally rule out such a postponement.

It came after Moon claimed the drills, conducted jointly between South Korea and the US every February and March, could be postponed to try to help encourage North Korea not to disrupt the Winter Olympics.

An agreement to halt the drills would continue an eventful week, following Kim’s suggestion his country could compete.

Following the statement, South Korea’s Unification Ministry proposed talks could take place next Tuesday (January 9) at Panmunjeom, located in the demilitarised zone between the two countries, which is also known as the Joint Security Area.