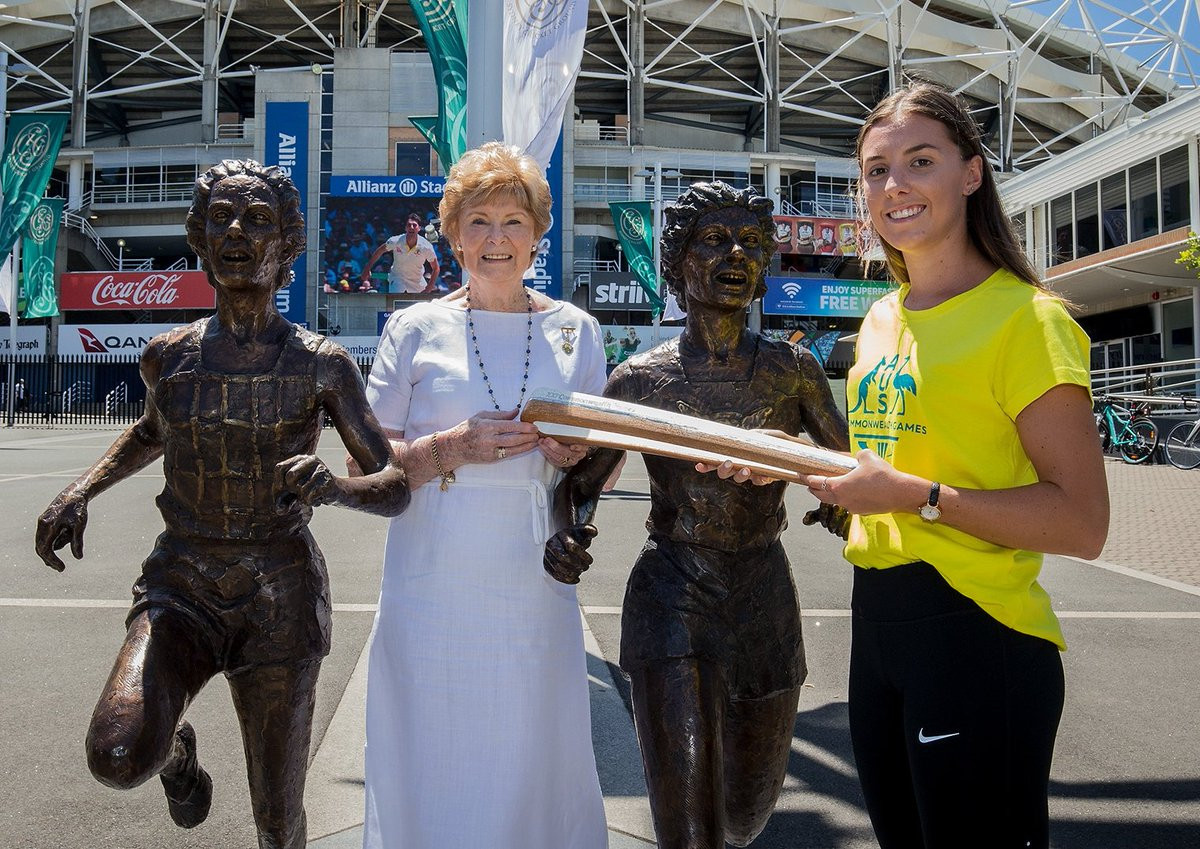 The Gold Coast 2018 Queen's Baton attended the second day of the fifth Ashes Test between Australia and England to mark 80 years since the Empire Games were held in Sydney.

Marlene Matthews, considered one of the greatest-ever Australian sprinters, was among those to hold the Baton at the iconic Sydney Cricket Ground (SCG).

Statues of Matthews, a double Olympic bronze medallist and double Commonwealth Games champion, and fellow sprinting legend Betty Cuthbert, were unveiled before the first day of the match yesterday.

The SCG was the main venue for the 1938 Empire Games.

Spectators attending the second day of the Test were given the chance to take a photo with the Baton as it continues its journey around Sydney.

Australian swimming great Ian Thorpe became the latest sporting star to carry the Baton when it arrived in the city yesterday.

The 35-year-old, who retired as Australia's most successful Olympian, took the Baton to the summit of the Sydney Harbour Bridge.

Good morning from the @scg ? The Queen’s Baton is on display in the Outfield Fan Zone right now! If you’re in #Sydney, come down and get #BatonSelfie ? #QBR2018 pic.twitter.com/1XIF9feAE0

The Baton is due to return to South-East Queensland for the Brisbane International tennis tournament this weekend.

It will be on display at the Queensland Tennis Centre in The Racquet Club before play gets underway tomorrow and Sunday (December 7).

The Baton will be carried onto Pat Rafter Arena by a "legend of Queensland tennis" prior to the men’s singles final on Sunday evening.

Former Australian cricketer Glenn McGrath is due to carry the Baton in Sydney on February 3, along with swimmer Leisel Jones.

It will take place five days after a traditional Relay event in New South Wales on January 28, where it will visit 28 celebration communities and be carried by more than 470 batonbearers.

Crowds have been encouraged to line the streets for the Relay.

Around 3,800 Australians will have carried the Baton at the conclusion of its Australian tour, including 1,800 from Queensland.

It will arrive in the state on March 3, where the Relay will continue until the Opening Ceremony, due to take place on April 4.