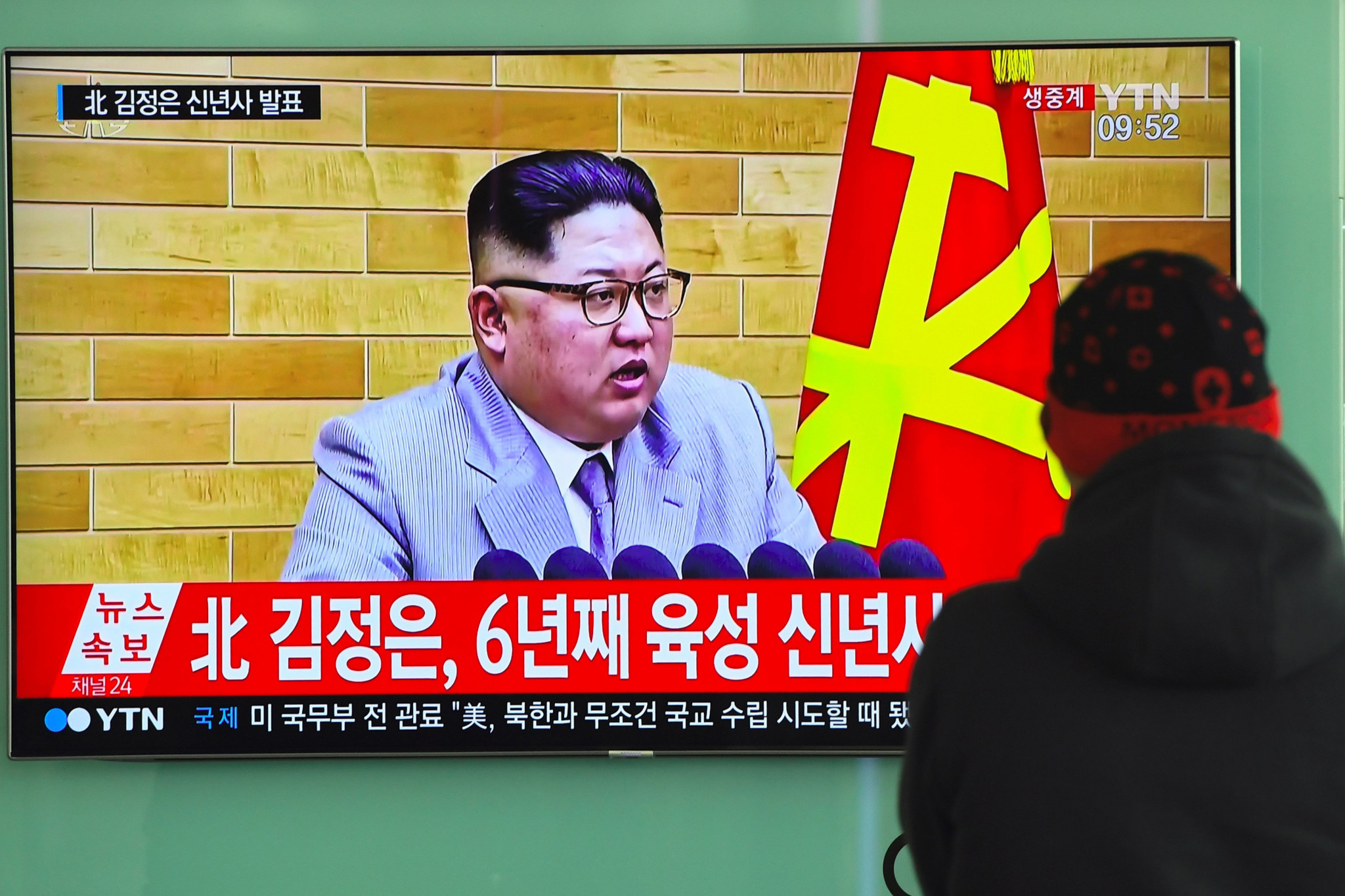 A line of communication between North Korea and South Korea has been reopened today following two years of dormancy after Kim Jong-un announced his country would be willing to take part at this year's Winter Olympic Games in Pyeongchang.

South Korea's Unification Ministry confirmed it had received a call from the North at 3.30pm local time, reportedly on the orders of Kim.

The two countries have not held official high-level talks since December 2015 following escalating tensions in the region, leading to security fears regarding the Winter Olympics and Paralympics.

It is not clear what was discussed during the brief call today but it is thought contact was initiated following Kim's announcement on Monday (January 1).

Officials in South Korea have claimed North Korea cut off the communications channel shortly after the call.

A spokesperson for South Korea's President Moon Jae-in said the reopening of the channel, a special direct hotline in the border village of Panmunjeom, was "very significant".

North Korean Leader Kim Jong Un just stated that the “Nuclear Button is on his desk at all times.” Will someone from his depleted and food starved regime please inform him that I too have a Nuclear Button, but it is a much bigger & more powerful one than his, and my Button works!

Panmunjeom is located in the demilitarised zone between the two countries and is also known as the Joint Security Area.

The call came hours after an inflammatory Tweet was posted by United States President Donald Trump, who boasted that he had a bigger nuclear button than Kim.

"I too have a nuclear button, but it is a much bigger and more powerful one than his, and my button works," Trump tweeted.

The Winter Olympics will be held between February 9 and 25.