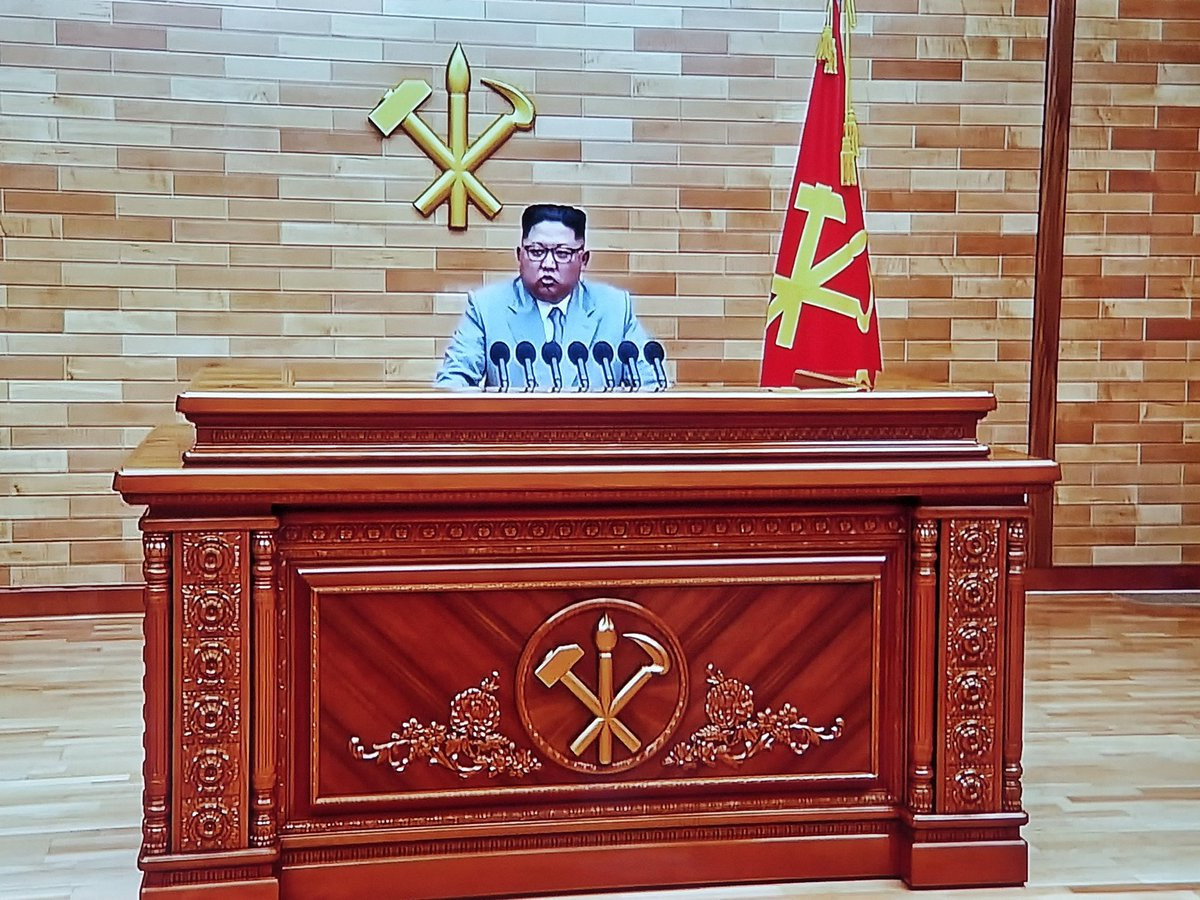 North Korea would be willing to take part in next month's Winter Olympic Games in Pyeongchang, the country's leader Kim Jong-un announced today.

Kim made the pledge during a televised New Year’s Day speech.

"The Winter Games to be held in South Korea will be a good occasion for the country," Kim said during his 30-minute address.

"We sincerely hope that the Winter Olympics will be a success.

"We have readiness to take various steps, including the dispatch of the delegation."

Kim claimed that North Korea planned to open talks with its neighbours in Seoul shortly to negotiate its team's participation at Pyeongchang 2018.

It is the first official announcement from Kim that North Korea would be willing to take part in the Games.

Kim also warned during his address broadcast live on state television that 2017 was the year that his nation became a fully fledged nuclear power.

"The entire United States is within range of our nuclear weapons, and a nuclear button is always on my desk," he said.

Kim called on South Korea to abandon plans to hold military exercises with the US next February and March.

South Korean President Moon Jae-in had claimed last month that the drills could be postponed to try to help encourage North Korea not to disrupt the Winter Olympics.

But US Defense Secretary James Mattis claimed there are no plans to cancel the exercises which normally involve 300,000 South Korean troops and 17,000 Americans.