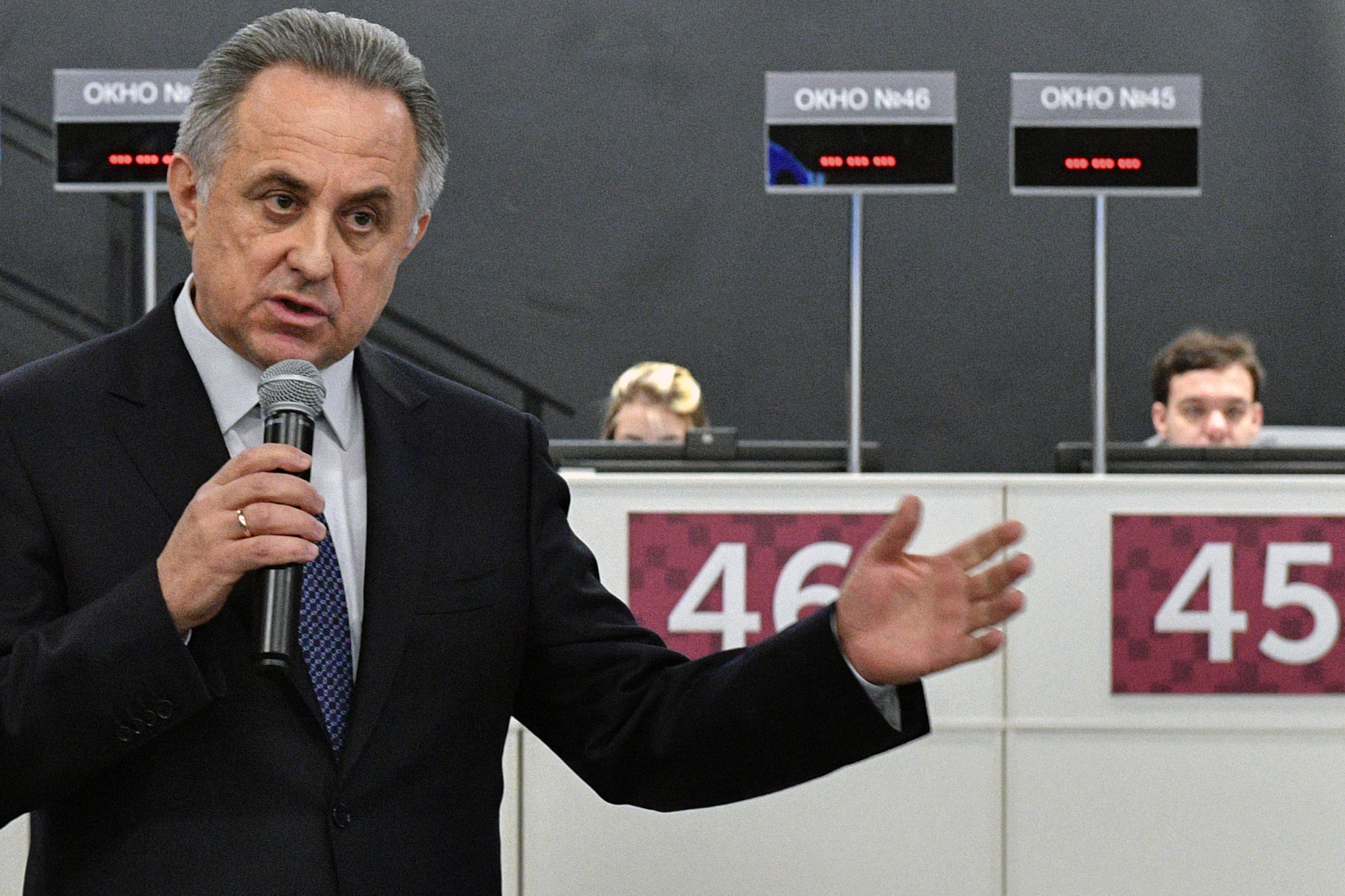 Russian Deputy Prime Minister Vitaly Mutko claims to have filed a case at the Court of Arbitration for Sport (CAS) against the International Olympic Committee (IOC) decision to exclude him from "all future Olympic Games" as punishment for the country's doping scandal.

It follows the announcement that Mutko would resign as head of the Russia 2018 World Cup Organising Committee and temporarily vacate his position as President of the Russian Football Union.

Mutko, the Russian Sports Minister between 2008 and 2016 before graduating to his latest role thereafter, was excluded from "any participation in all future Olympic Games" following publication of the IOC Schmid Report because it was decided, as head of the department, he was ultimately responsible for doping problems.

This is thought to have been a source of huge embarrassment for him which has made it difficult for him to retain his position in Russia.

The IOC panel discover a "systemic manipulation" of anti-doping results through the illegal tampering of urine samples at events, including Sochi 2014 - a verdict leading to the IOC banning Russian athletes from competing under their own flag at Pyeongchang 2018.

It was reported by the Sputnik news agency, based on a claim from Mutko himself, that the CAS case has now been filed.

This will be expected to take place in early January and will sit alongside separate cases brought by Russian athletes retrospectively disqualified from the Sochi Games.

Mutko is linked directly to only one doping case in the Schmid Report.

"In one exchange of emails between [ex Moscow Laboratory director] Mr Grigory Rodchenkov and [analyst and advisor to the Deputy Minister for the Centre of Sports Preparation of National Teams of Russia] Mr Alexey Velkodniy regarding a footballer, Mr Velikodniy mentioned that "the decision is with VL [Vitaly Leonid Mutko] for consideration and approval (YD is going to see VL today)," one section said.

"This single reference could not be considered as sufficient to demonstrate the personal involvement of the then Minister of Sport."

The report later added: "Nevertheless, the independent and impartial evidence do not allow the IOC DG to establish with certitude either who initiated or who headed this scheme.

"On many occasions, reference was made on the involvement at the Minister of Sport's level, but no indication, independent or impartial evidence appeared to corroborate any involvement or knowledge at a higher level of the State."

A punishment for the Sports Ministry was justified anyway by the IOC, however, as they are deemed the ultimate responsibility.

"The operational side of the fight against doping, regulation and practical terms, was under the authority of the Russian Ministry of Sport, according to the Governmental structure; therefore, the then Minister of Sport has to bear the major part of the administrative responsibility," the Schmid Report said.

Mutko has frequently denied Russian doping problems and has attempted to blame it as a western conspiracy spearheaded by ex-Moscow Laboratory director turned whistleblower, Grigory Rodchenkov.