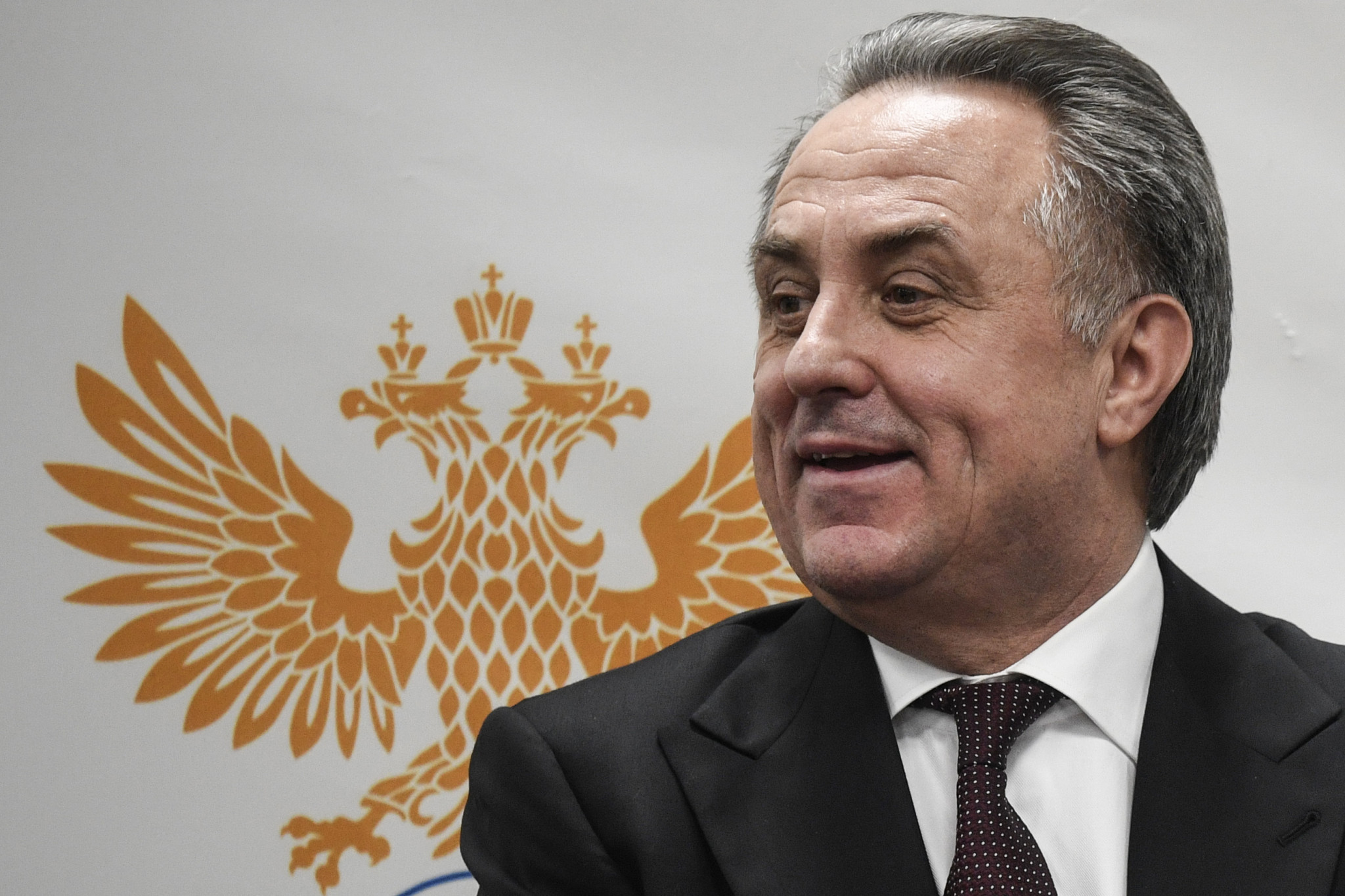 Vitaly Mutko has temporarily stood down as President of the Russian Football Union (RFU) for six months to fight his lifetime ban from the Olympic Games.

The Russian Deputy Prime Minister also warned he may resign as the head of the Organising Committee for next year's World Cup to concentrate his efforts on an appeal against the ban to the Court of Arbitration for Sport (CAS).

But a report from the IOC's Schmid Commission into Russian doping ruled that, as head of the department, Mutko was ultimately responsible.

The 59-year-old said he did not feel he could fulfill his duty as RFU President while he contests the ban.

He told Russia's state news agency TASS, however, that he may return before the end of the six-month period.

The confirmation came after the RFU held an Executive Committee meeting in Moscow yesterday.

"In order for the RFU to proceed with its work I have requested to suspend my duties for the period of up to six months," said Mutko.

"I am not resigning and my mandate will be still valid.

"I will definitely return after the period of six months, perhaps earlier."

Mutko has always denied any involvement in the doping scandal which led to the IOC forcing Russian athletes to compete as neutrals at February's Winter Olympic Games in Pyeongchang.

In response to the IOC's decision, FIFA insisted it would have no impact on the 2018 World Cup.

The governing body reiterated it would have no bearing on the tournament in a statement released following Mutko's decision to temporarily stand down.

"FIFA understands Mr Mutko’s decision which was also taken in the best interest of the FIFA World Cup next summer," the statement read.

"FIFA thanks Mr Mutko for this responsible step and for the work carried out so far for the World Cup.

"Mr Mutko’s decision will have no impact on the successful staging of the FIFA World Cup next summer, as FIFA, the Russian Government, RFU and the Organising Committee continue their fruitful cooperation on the preparations for the FIFA World Cup according to plan.

"In the coming days, FIFA will discuss with all relevant parties and agree on the next steps related to the  Organising Committee."

Mutko has been at the helm of the RFU since September 2015.

He had previously been President from 2005 to 2009 before he was forced to quit as part of a resolution that Government officials should not hold top roles at sports federations in the country.

Mutko was also a member of FIFA's ruling Council from 2009 until earlier this year.

He was barred from standing for re-election by world football's governing body as a result of his Government role as FIFA prohibits Governmental interference in its Member Associations.