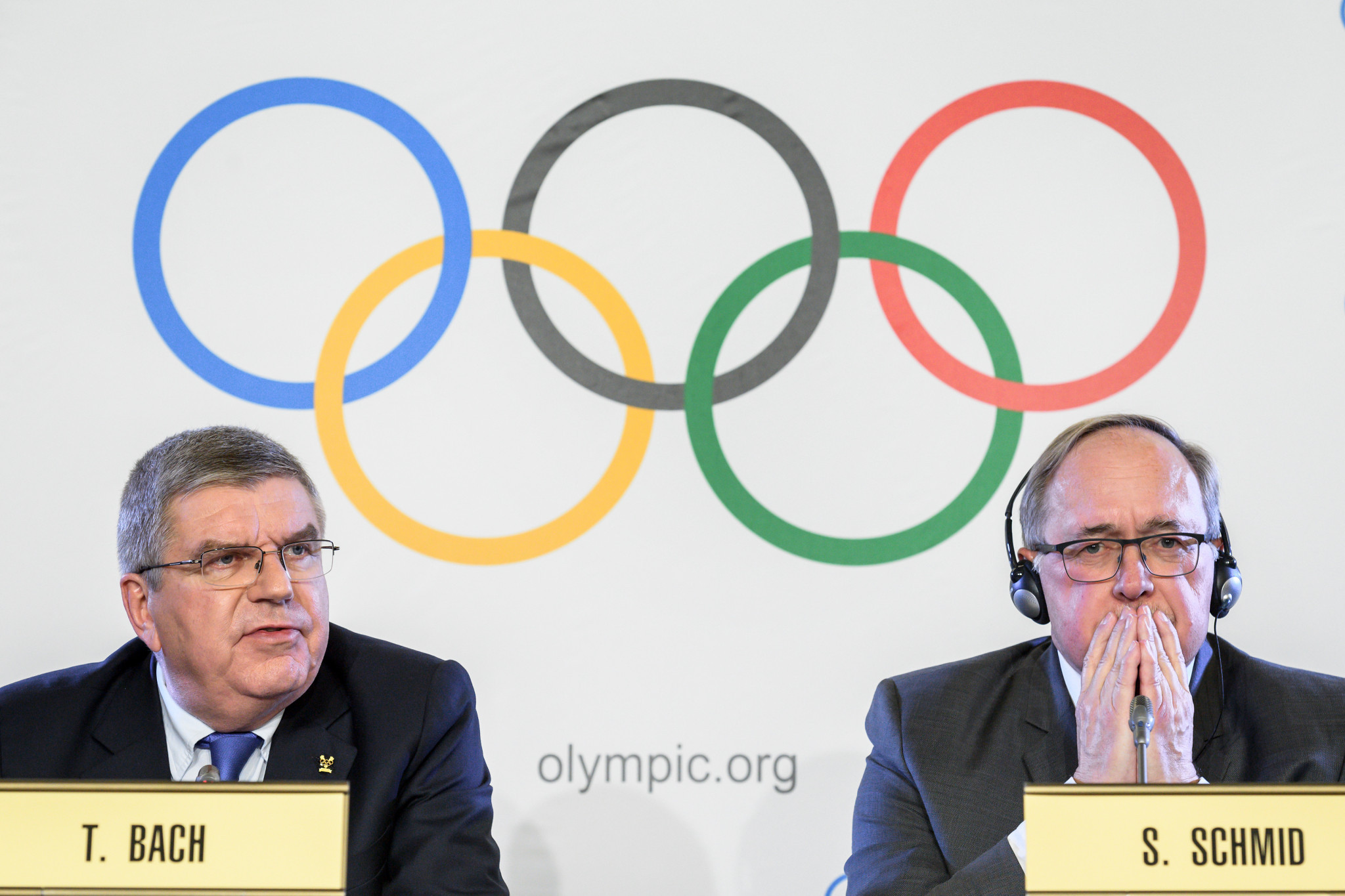 Russian athletes will only be allowed to participate at Pyeongchang 2018 under a neutral flag, the International Olympic Committee (IOC) have announced here today following the publication of their Schmid Report into Russian doping.

They will compete under a uniform bearing this name and under the Olympic Flag.

The Olympic Anthem will be played in any medals ceremony.

Russian ice hockey, curling, bobsleigh and relay teams will be able to participate as part of this team.

The decisions came after the IOC Commission chaired by former Swiss Confederation President Samuel Schmid confirmed a "systemic manipulation" of anti-doping results at events including Sochi 2014.

They ruled that the Sports Ministry were responsible and the Russian Olympic Committee (ROC), while not directly involved, had "legal and contractual" responsibility.

In other sanctions, the ROC and its President Alexander Zhukov have both been suspended.

The ROC have also been fined $15 million (£11.20 million/€12.70 million) to "reimburse the costs incurred by the IOC on the investigations and to contribute to the establishment of the Independent Testing Authority (ITA) to build the capacity and integrity of the global anti-doping system".

Zhukov is also suspended an IOC member and, by definition, as chair of the Coordination Commission for the Beijing 2022 Winter Olympic and Paralympic Games.

Dmitry Chernyshenko, the former President and chief executive of Sochi 2014 who now heads the Kontinental Hockey League, is also "withdrawn" from the Beijing 2022 Coordination Commission.

Russian Deputy Prime Minister and former Sports Minister Vitaly Mutko is also excluded from participating in "all future Olympic Games" while no official from the Russian Ministry of Sports will be accredited from Pyeongchang 2018.

“This was an unprecedented attack on the integrity of the Olympic Games and sport," said IOC President Thomas Bach.

"The IOC Executive Board, after following due process, has issued proportional sanctions for this systemic manipulation while protecting the clean athletes.

"This should draw a line under this damaging episode and serve as a catalyst for a more effective anti-doping system led by World Anti-Doping Agency (WADA).

“As an athlete myself, I feel very sorry for all the clean athletes from all NOCs who are suffering from this manipulation.

"Working with the IOC Athletes’ Commission, we will now look for opportunities to make up for the moments they have missed on the finish line or on the podium.”

The "OAR" acronym is different from the "Independent Olympic Athletes" team-name which other athletes from suspended NOCs have participated in at the Olympic Games.

Kuwaiti athletes are still expected to compete under the IOA banner in the South Korean County.

The IOC denied that this was part of a compromise solution designed to avoid a Russian boycott, however, and said it was more a reflection of the "unprecedented circumstances".

They also ruled that they may "partially or fully lift the suspension of the ROC from the commencement of the Closing Ceremony of the Olympic Winter Games Pyeongchang 2018 provided these decisions are fully respected and implemented by the ROC and by the invited athletes and officials".

The list of Russian athletes deemed eligible to participate will be determined by a panel chaired by Valerie Fourneyron, chair of the ITA.

The panel will include members of the Pre-Games Testing Task Force: one appointed by WADA, one by the Doping Free Sport Unit from the Global Association of International Sports Federations (nee. SportAccord) and one by the IOC, who be their medical and scientific director, Richard Budgett.

They will only consider athletes who have qualified according to the qualification standards of their respective sport and are considered clean to the "satisfaction of this panel".

They must not have been disqualified or declared ineligible for any Anti-Doping Rule Violation (ADRV) and must have undergone all the pre-Games targeted tests recommended by the Pre-Games Testing Task Force.

No member of the leadership of the Russian Olympic Team at Sochi 2014 will be allowed on an "invitation list" of support staff and officials.

Any coach or medical doctor whose athlete has been found to have committed an ADRV will  also be barred.

Twenty-five Russian athletes - including two-time bobsleigh gold medallist and Opening Ceremony flagbearer turned Russian Bobsleigh Federation President, Alexander Zubkov - have so far been retrospectively disqualified from Sochi 2014 by the IOC for involvement in the scheme at Sochi 2014.

They all deny wrongdoing and are planning to appeal to the Court of Arbitration for Sport.