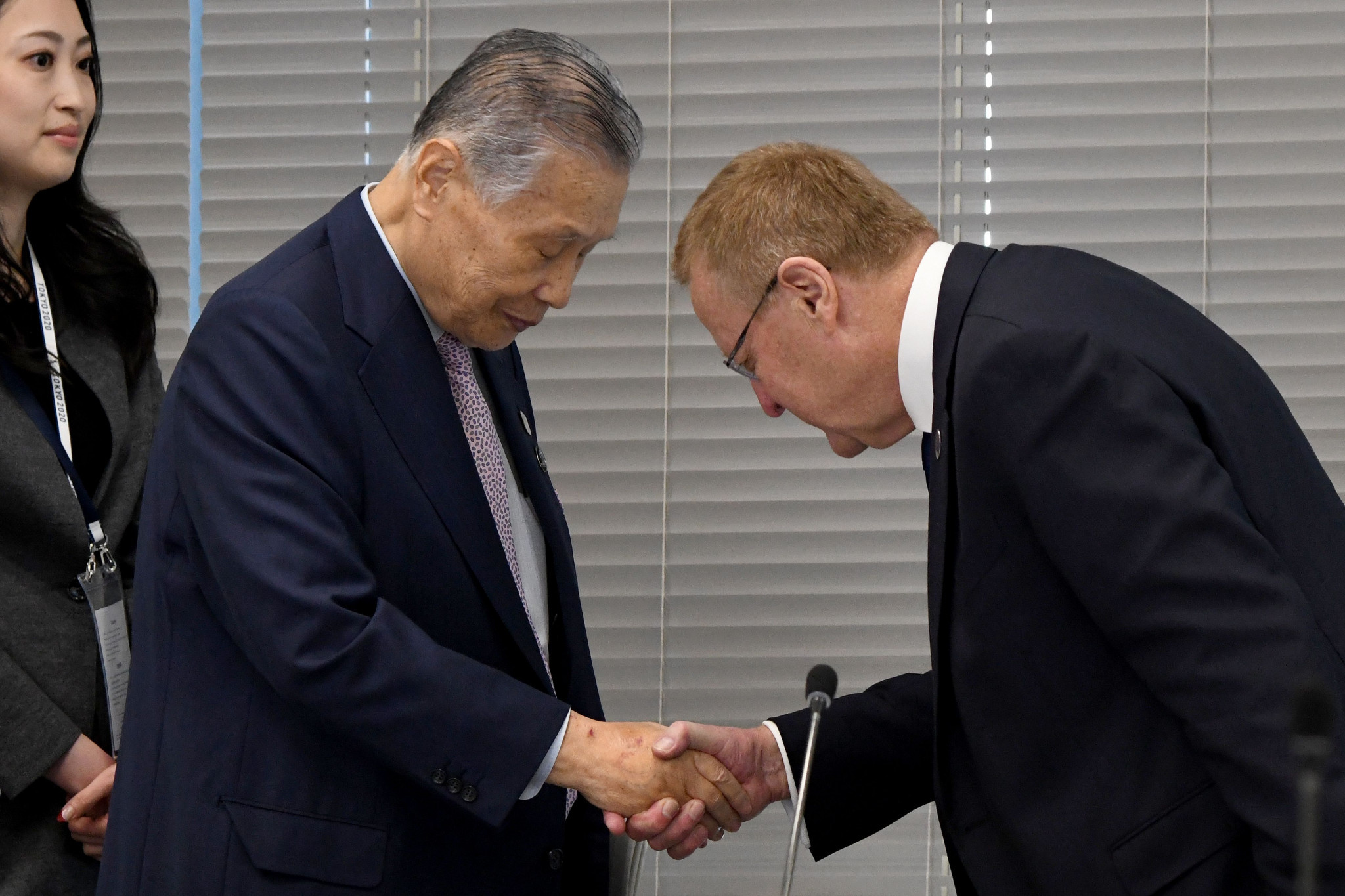 International Olympic Committee (IOC) Coordination Commission chair John Coates and Tokyo 2020 President Yoshirō Mori have claimed there has been a growing interest in the Olympic and Paralympic Games in recent month across Japan.

The pair made the assertion during the opening remarks of the IOC’s Commission’s fifth visit to the Japanese capital city.

It comes shortly after organisers celebrated the 1,000 days to go milestones for both the Olympic and Paralympic Games, the latter occurring at the end of November.

“You held the events with great success, with a remarkable number of people turning out,” said Coates.

“The turnout was indicative over everything we see here in Japan, with the people supporting the national effort.

“Your marketing programme continues at record levels and we are pleased to confirm the urban venues, which will feel with be iconic and engage the youth of Tokyo.

“We believe this youth focused and gender balanced Games will be among your great legacies and one people will remember.

Coates also praised organisers for the recent opening of the Musashino Forest Sports Plaza, which will host badminton and the fencing component of the modern pentathlon, as well as the wheelchair basketball at the Paralympic Games.

It was the first of eight new permanent venues being constructed for the Games to be unveiled.

“The venue was the first site we looked at as a coordination commission and we would like to congratulate you,” Coates said.

“Having also seen the progress on the national stadium, heading towards a completion in November 2019, we are very confident it will be ready.

“We are very confident you are on the way to achieving your and our shared goals.”

Mori reference the IOC Executive Board decision last week that basketball 3x3 and sport climbing would be held at the temporary venue, located in the Tokyo Bay Zone close to the Athletes' Village.

“We would like to thank them for their approval,” Mori said.

“We will be delivering the popular sports for the young people.

“This meeting is the second meeting of the year, we had punctuating moments of three years and 1,000 days to go.

“We acted on increasing the momentum for the Games.”

Discussions over the Games budget are likely to take place over the next three days, with organisers hoping to reveal a revised version by the close of the year.

Mori acknowledged the reducing the cost of the Games was a challenge, but claimed they were making progress to achieving their aim.

He also praised politicians for their support, but suggested they may require legislation to be passed by the Japanese Parliament to combat the potential threat posed by ticket scalping as the Games approaches.

“The budget is a challenge we have to continue to work on,” he said.

“We have made efforts to reduce costs and in October there was a project review meeting.

“We have proposed a new cost reduction plan.

“They are entering into a new stage reviewing the services.

“We would like to make a second budget and make a revised version by the end of this year.

“We may need to ask for cooperation from the Diet, maybe around ticketing, so there could be some laws which need adjusting.

“The facilities and programmes, engagement with the population will be growing in importance in the coming months.”

Shunichi Suzuki, the Minister in charge of the Tokyo Olympic and Paralympic Games, and Tokyo Governor Yuriko Koike were also present for the opening remarks of the Commission meeting.

The Commission began their second visit to the capital city of the year with a tour venues as they continue to assess Tokyo 2020’s progress.