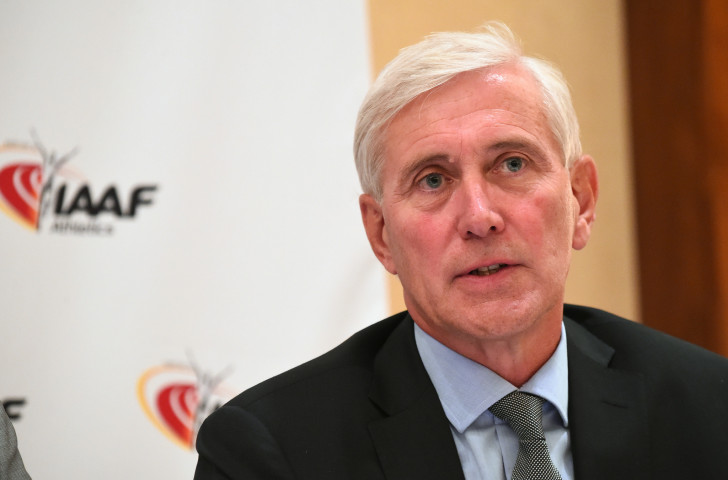 The ban on Russian track and field athletes from international competition has been maintained by the International Association of Athletics Federations Council (IAAF) meeting in Monaco today.

IAAF Council members agreed unanimously with the recommendation of the world governing body's Taskforce, which met yesterday morning, that several important steps on the roadmap to reinstatement had still not been taken.

The decision makes it unlikely that Russian track and field athletes will be reinstated in time for next year’s IAAF World Indoor Championships in Birmingham from March 2 until 4.

The next IAAF Council is not due to take place until after those Championships.

"Some of the milestones on the road map to the Russian Federation’s (RusAF) reinstatement have been made, at least in part,” Rune Andersen, chair of the IAAF Taskforce set up to oversee the Russian doping crisis, said.

"However several key ones remain outstanding."

"The Taskforce thinks this is vital," Andersen added.

"Because if there isn’t an acknowledgement of what happened before there can be no assurance that it will not happen again.

"I know there has been an audit of RUSADA by WADA.

"The broader question is whether they will be able to operate in a system that we can trust, and that needs to be addressed by Russian authorities."

IAAF President Sebastian Coe also announced that Morocco would be removed from the IAAF watchlist of countries offering particular concerns over anti-doping.

Describing them at the time as being “in critical care”, Coe added:  “Ethiopia and Morocco -- as a matter of urgency -- need a robust testing programme put in place.

“Kenya, Ukraine and Belarus need to get compliant by the end of the year.”

The countries faced no immediate sanctions and none of was in any immediate danger of being banned from athletics or missing the Olympics, Coe added.

He confirmed today: “Morocco has now been taken off that watchlist, although it will be monitored.

“With varying degrees of monitoring, the other four do remain on the watchlist.”