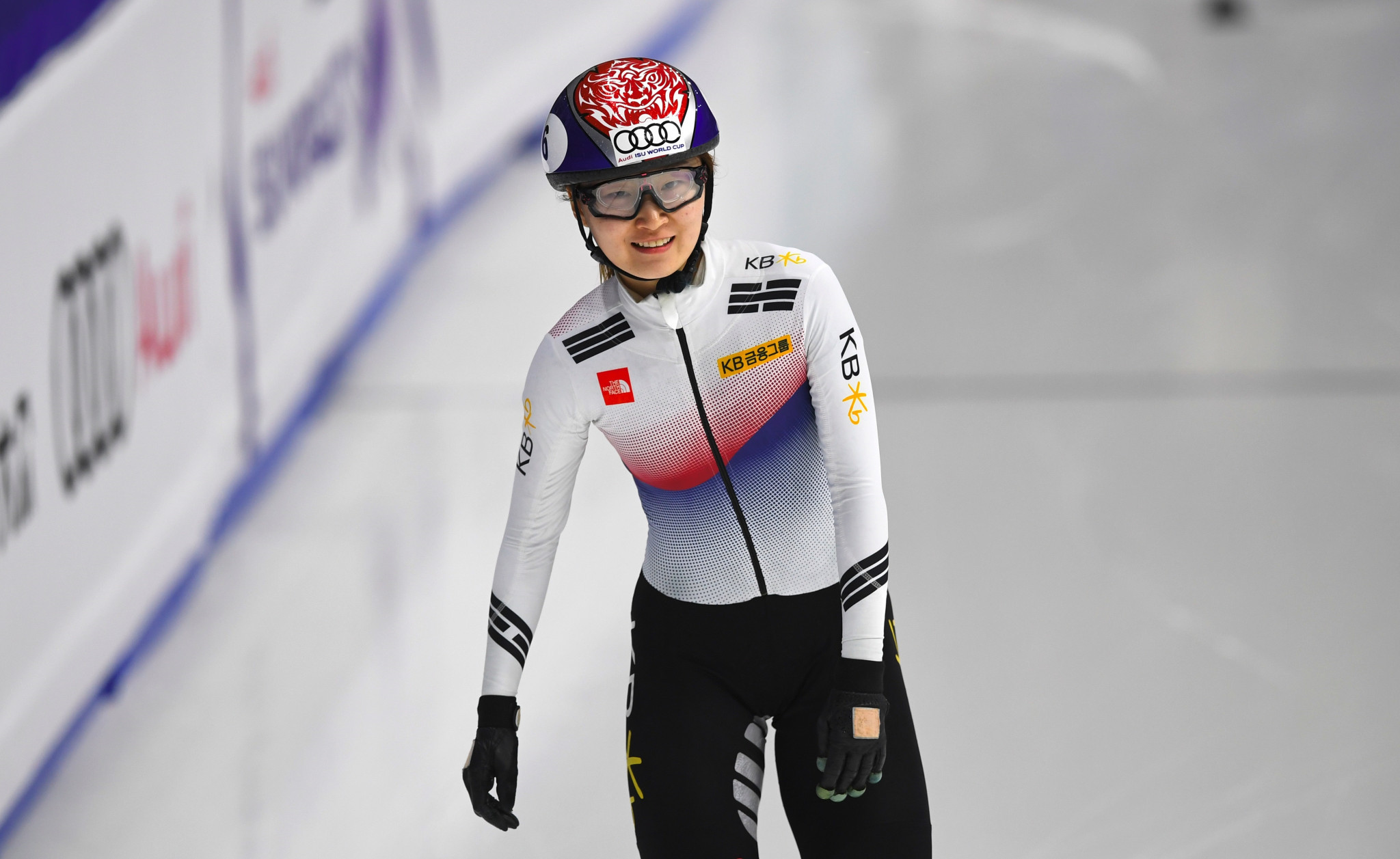 Hwang claimed overall victory despite being beaten in today's 1,500m final by Canadian veteran Charles Hamelin, while Choi confirmed her crown with her third World Cup win of the season over the distance.

Britain's world champion Elise Christie, whose season has been disrupted by injury, earned her first World Cup victory of the season in the 500m at the Mokdong Ice Rink.

The result enabled the 23-year-old Chinese skater to finish top of the World Cup 500m standings ahead of Samuel Girard of Canada, who was unable to advance from the quarter-finals.

Hwang, who will contest the 1,000m tomorrow on the final day of World Cup action, was narrowly beaten in front of his home crowd by the 33-year-old Hamelin, the triple Olympic champion who will defend his 1,500m title at the Pyeongchang 2018 Games, which run from February 9 to 25.

Bronze went to J R Celski of the United States after Lim Hyo Jun of South Korea and Thibaut Fauconnet of France were disqualified ahead of him.

"It was my best racing so far this season," said Hamelin, who won on a photo-finish.

"I wanted to prove to myself I still can be on the podium in the World Cup and I think today was a perfect day for me.

"I was waiting and waiting for the perfect moment and he opened the door a little bit in the second-last corner and I took advantage.

"I knew I had to attack the last corner to have a good finish so I could be first at the line, I'm pretty proud of myself.

"It's really good to have such results in Korea because we'll be back in two months for the Olympics, so just to have some good vibes here is really good for me."

But Hwang, who will contest the 1,000m tomorrow on the final day of World Cup action - after which all Olympic qualification quotas will be decided - looks a very likely candidate to generate some home joy in Pyeongchang where he will make his Olympic debut.

He has finished the World Cup season with two golds and two silvers at 1,500m.

However, Choi could only finish second in the 500m final to a delighted and relieved Christie, with Italy's Martina Valcepina taking bronze.

The overall World Cup 500m title went to Canada's Marianne St-Gelais, who was penalised in the B final but who also saw her nearest rival, Arianna Fontana of Italy, penalised in the same race.

Christie, who dominated the race after taking an early grip, said: "It's nice to know when I'm not at my best I can still win, especially in the 500 because it's my favourite.

"It was a really nice boost after everything I've had to fight with this season."

The Briton went eight weeks without training properly and last week's World Cup in Shanghai was the first time she had skated without pain.

She is optimistic about the Olympic Games despite the less than ideal lead-up.

"I feel like I'm only 50 per cent right now and I won and I have two, three months to turn that around now," she said.

"I'm not injured now so all I have to do is go home and train hard, get my fitness back.

"If I can do this now then what can I do when I'm at my full fitness?"